DFA: No Filipinos hurt in Guangdong after ‘Mangkhut’ onslaught 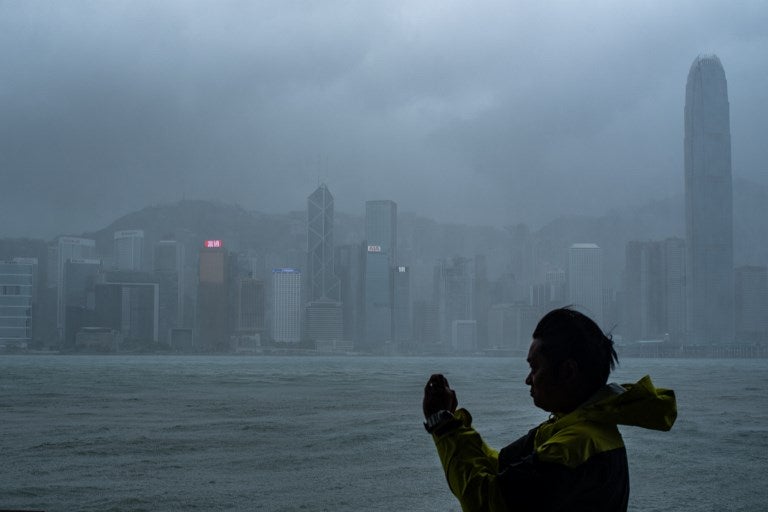 A man takes photos during the approach of super Typhoon Mangkhut to Hong Kong on September 16, 2018
Super Typhoon Mangkhut has smashed through the Philippines, as the biggest storm to hit the region this year claimed the lives of its first victims and forced tens of thousands to flee their homes. / AFP PHOTO / Philip FONG

No Filipinos were reported hurt or were “seriously affected” after Typhoon “Mangkhut” struck Guangdong, China, the Department of Foreign Affairs (DFA) said.

According to the DFA, the consul general in Guangzhou and the DFA consulate in the Philippines are coordinating to monitor the situation of the Filipinos residing in China.

“Based on their coordination with authorities and the Filipino community leaders in the area, there were no Filipinos reported hurt or seriously affected by the typhoon,” the DFA said in a statement late Tuesday night

The DFA added that prior to the landfall of “Mangkhut” in Guangdong, the Philippine consulate general has issued an advisory to Filipinos to remain indoors and remain alert on possible effects of the typhoon.

Consul General in Guangzhou Marshall Louis M. Alferez meanwhile said the Guangdong government had issued a “three stops” notice in order for local authorities to prepare for the impact of “Mangkhut.”

It then stormed towards Hong Kong before hitting China on Monday.  /muf