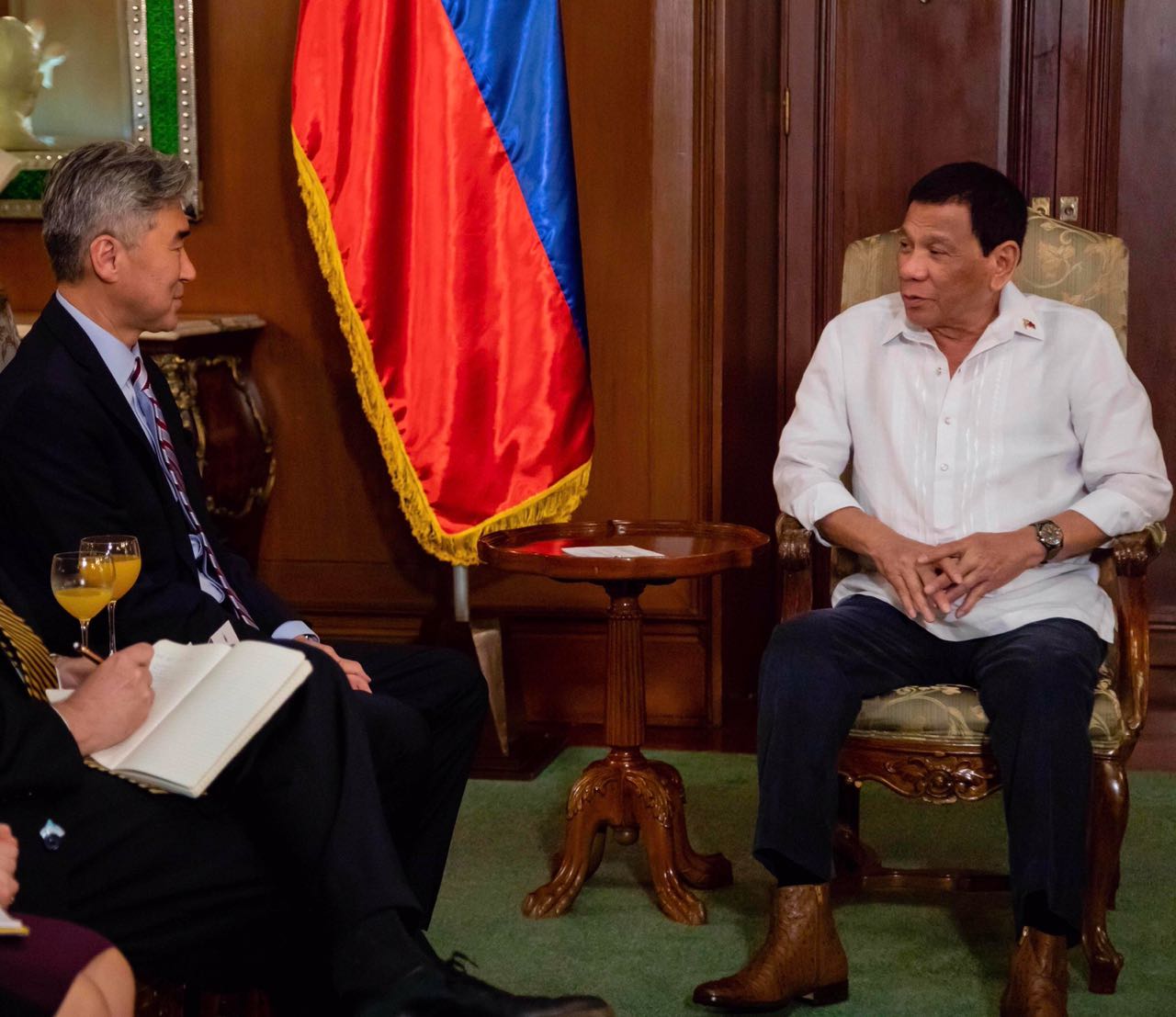 President Rodrigo Duterte and United States Ambassador Sung Kim meet in Malacañang on September 12, 2018 to discuss shared goals, including defense priorities and economic partnership between the Manila and Washington. Photo from Twitter account of US Ambassador Sung Kim

The alliance between the United States and the Philippines remains “strong and ironclad” despite President Rodrigo Duterte’s continued courting of non-traditional allies like China and Russia, US Ambassador to the Philippines Sung Kim said.

Duterte and  Kim met in Malacañang on Wednesday to discuss “shared goals, including defense priorities and economic partnership” of both countries.

Presidential Spokesperson Harry Roque said the meeting was “private” while Kim described it as “excellent.”

The meeting between Duterte and Kim came days after the President rejected the offer of Washington to provide F-16 fighter jets and attack helicopters needed by the Philippine military.

The relationship between the Philippines and the US had been strained after Washington’s criticisms of Duterte’s brutal drug war angered the Philippine leader.

But Manila’s alliance with Washington improved after US President Donald Trump, whom Duterte described as a “good friend,”  won the elections. /jpv