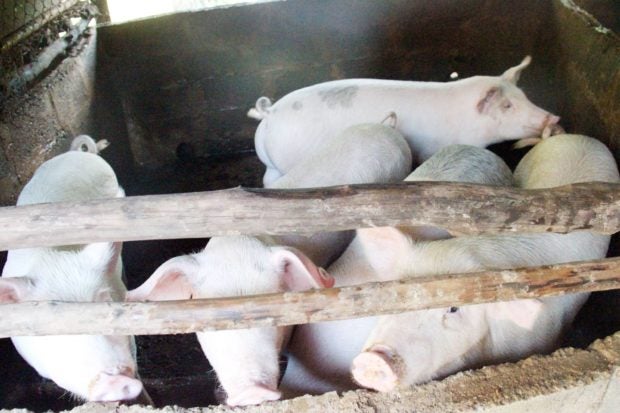 VIENTIANE — Imports of all pork products made in China, as well as live pigs and piglets, have been temporarily suspended following an outbreak of African swine fever in Liaoning province in north-east China.

The Ministry of Agriculture and Forestry last week issued a notice banning the import of pork products, piglets and breeding pigs to safeguard against any possible outbreak of the virus in Laos and to prevent consumers from falling ill.

The notice was issued on September 5 to agriculture and forestry departments nationwide, requiring them to be on the highest level of alert. The virus is believed to be extremely dangerous and there is no cure, meaning that death is likely in 90 percent of cases, according to the notice.

The Ministry of Agriculture and Forestry has assigned the Livestock and Fishery Department to work with local authorities to spread the message and make sure everyone clearly understands the reason for the ban.

Agriculture and Forestry Departments in Vientiane and the provinces, especially those  that share a border with China, are required to temporarily suspend the approval of pork products, piglets and breeding pigs.

The import of pork products for personal consumption is also firmly restricted and anyone found to have illegally imported banned items will be penalized.

Agriculture and Forestry Departments will work with pig breeders, businesses and pig breeders’ associations to make a production plan to meet Laos’ consumer demand for pork and also arrange to decrease the import of pork from other countries.

Livestock and Fishery Departments and authorities in the provinces are now in charge of facilitating ways to cope with the shortage of pork supply and to find ways of sourcing pork from provinces that have a surplus of the meat.

Staff from the Livestock and Fishery Department under the Ministry of Agriculture and Forestry will also work with veterinarians at various border crossings to carry out inspections, monitor the situation, and report to ministry leaders.

Although there is currently no pig virus outbreak in Laos, it and other Asean countries like the Philippines have ordered a temporary prohibition on pigs and pig-related products from China.

It is believed that small quantities of pork-containing products may be shipped internationally and possibly illegally, in food carried across borders, representing a risk to other countries.