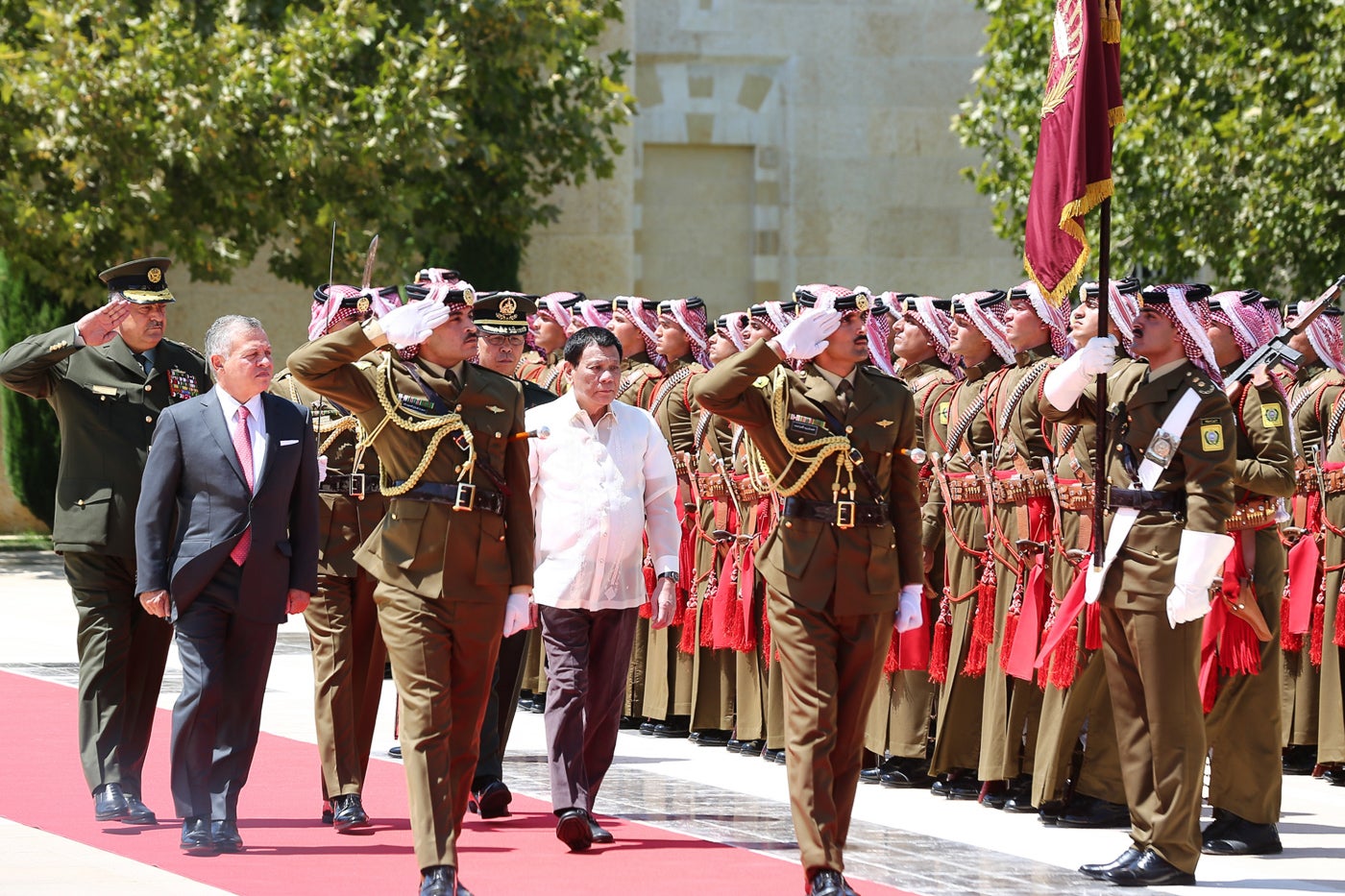 AMMAN —The Philippines and Jordan have vowed to boost cooperation on the fight against terrorism as the two countries continue to face unrest over growing threats from extremist groups in the region.

President Rodrigo Duterte and Jordanian King Abdullah II noted that terrorism is a “challenge” in the region during a working lunch at the Al Husseinieh Palace here.

“So I think one of the main things that bind us together is the scourge of terrorism which is a challenge for our region and your region, for your country and my country,” King Abdullah told the President during their meeting.

“The cooperation between our two countries to fight the evil that you have to suffer within your country as we suffer in ours, I think is a testament to the international cooperation and coordination that is now becoming much more apparent because this is an issue that’s going to last with us not only for the next five to 10,” he added.

King Abdullah admitted that the fight against terrorism “is an issue that is going to last with us not only for the next five (years) to 10, 15.”

“It’s going to take us a while to overcome the mentalities that these very horrible people perpetrated in your region and in mine,” he said.

Duterte agreed with King Abdullah that the fight against terrorism would take “years to stop it.”

“And of course, our concern against terrorism which brings us here the — well of course what we have discussed, the arms that would be of great help. If there’s any value, it is of value and the friendship that goes with it,” the President told King Abdullah.

“And terrorism is the scourge of mankind today and it will take us about a lot more years to stop it. I really do not know how long. God’s will. But Insha’Allah, I hope that it will — maybe… Not so much for this generation but for the next generation for them to live comfortably,” he added.

King Abdullah announced that Jordan has donated two Cobra attack helicopters to the Philippines to boost the defense and anti-terror capabilities of the country.

The helicopters are expected to arrive in July 2019 after the training of Filipino pilots that will take months.

In a speech before the business community here, Duterte said he was willing to send battalions of troops to augment the Jordanian army.

“If there is anything that we can do, if you are short of your army, let me know. One hundred ten million. How much or how — You need one battalion? Two, three, four, five? I’ll send them to you,” he said.

Trump resists national shutdown, leaving it up to states