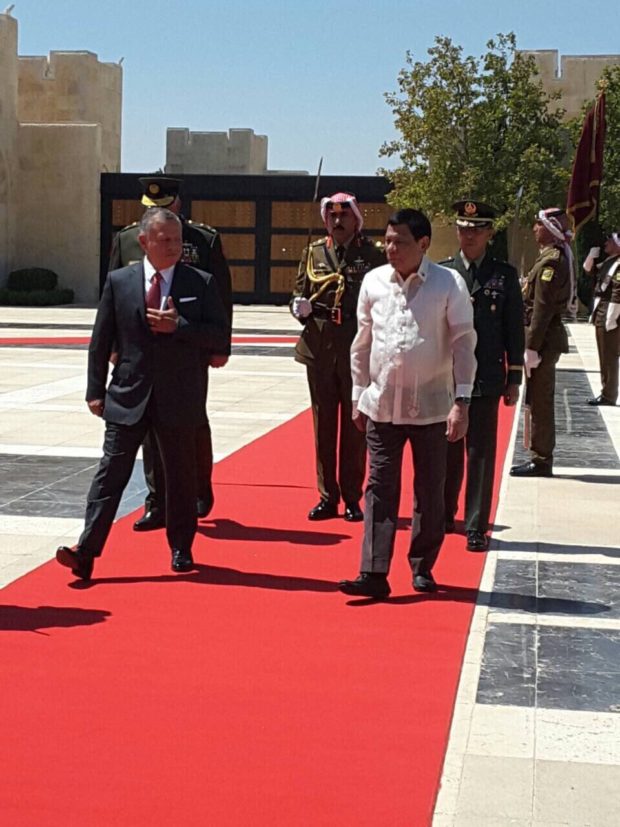 AMMAN — Jordan has donated two Cobra attack helicopters to the Philippines and both are expected to arrive in the country by July 2019, after months-long training of Filipino pilots, a Palace official said Thursday.

Special Assistant to the President Christopher “Bong” Go said the donation was announced during the bilateral meeting of President Rodrigo Duterte and Jordanian King Abdullah II.

Go said Filipino pilots would need to undergo training for nine months before Jordan turns over the helicopters to the Philippines.

Aside from the attack helicopters, Go said Jordan would also donate mortars rifles and rocket-propelled grenades.

“The rifles are brand new but the Cobra is used but is still operational with spare parts,” he said, adding that the training of the pilots would start on November.

“Well, very potential. Very much,” he said, when asked about the contribution of the choppers to the military’s drive against terrorism.

The security adviser said the price of a brand new Cobra is between $15 million to $20 million.

Esperon said King Abdullah II, who agreed to provide Cobra attack helicopters to the Philippines, “is a man that is really anti-terrorist.”

The donation, Esperon said, was part of the defense cooperation between the Philippines and Jordan.

He said the Jordan military could learn from the experience of the Philippines in combatting terrorism and extremism.

“They can study our experience,” he said.

He added that the King, who is aware of the problem of terrorism in Mindanao, believes that the donation was a “goodwill” gesture from the King to “repay the good deeds of overseas Filipino workers (OFWs) in Jordan.

“In so doing he can also repay the good deeds of Filipino workers here,” he said.

“In their household, there are some Filipinos and they have been maintaning them parang (like) members of the family so yung pagbigay niya talaga parang goodwill talaga (so it was a gesture of goodwill),” he added.

Esperon said the Philippines and Jordan are still studying the possibility of a “combined training” for our military and security forces, including the “exchange of security and defense” intelligence information. /kga