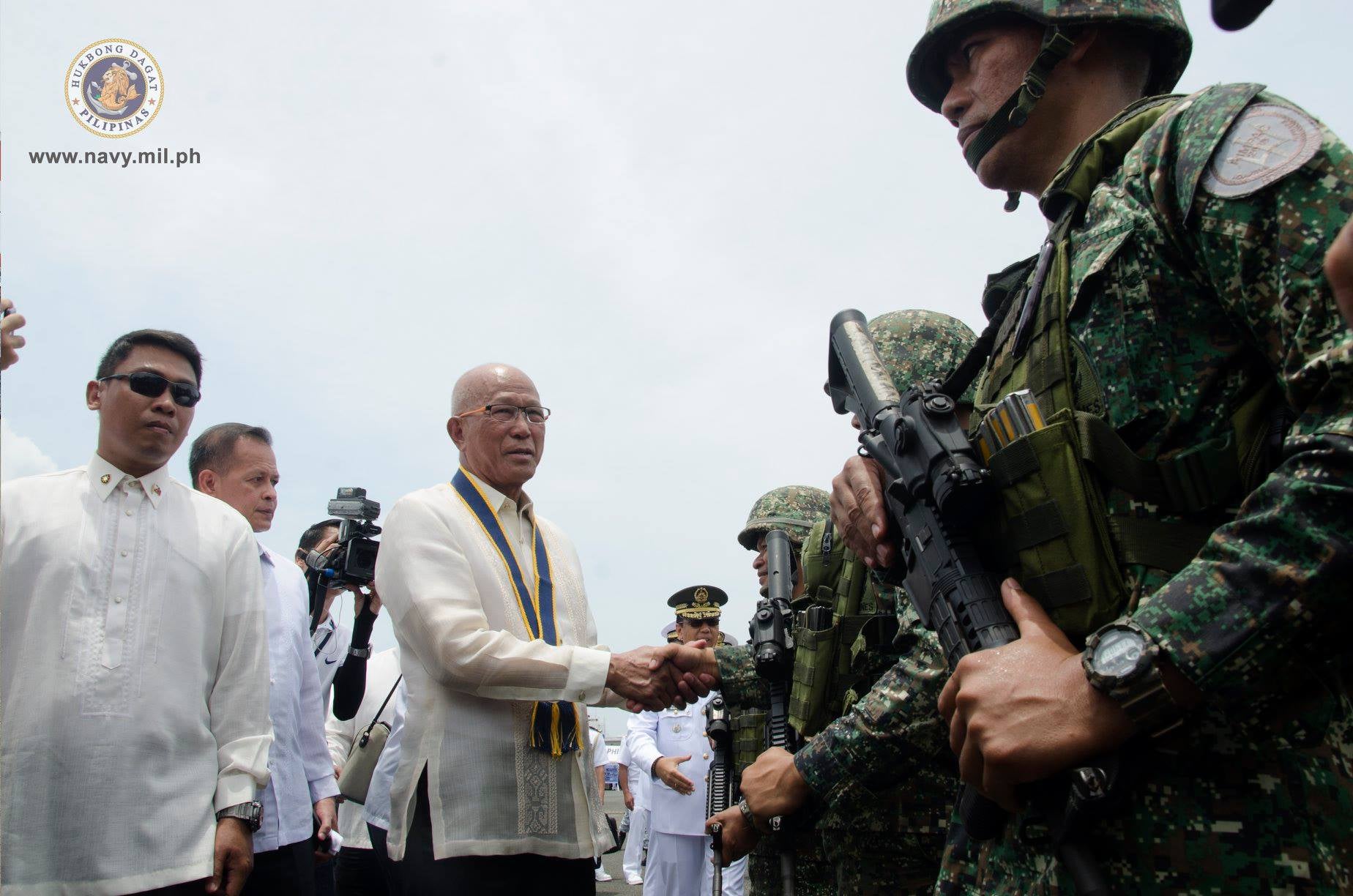 As the Philippine military tries to expedite its submarine capability amid mounting security challenges, some regional security experts have expressed their views that the country may not be ready for an undersea warship yet.

The idea to acquire submarines is not new.  But Philippine Navy chief Vice Admiral Robert Empedrad raised it during a Senate hearing early this year, and it has been frequently part of the news since.

But for Alexander Neill, Shangri-La Dialogue Senior Fellow for Asia Pacific Security at the International Institute of Strategic Studies in Singapore, it is important to develop a proficient surface fleet and coast guard first before shifting to submarines.

Euan Graham, director of the International Security Program at the Australian-based Lowy Institute, said the Navy’s top priority must be marine resource and sovereignty protection role, which surface vessels can do much better than submarines. The Philippines, after all, has one of the longest coastlines in the world.

“The Philippine Navy must learn to swim again before it can dive,” he said.

The Philippine military, seen as one of the weakest in Asia, is currently modernizing itself amid various external and internal security concerns.

Graham sees the Philippines’ urgent plans of purchasing submarines as “overly ambitious with a high opportunity cost” and could be a “wasteful diversion of resources.”

“It could suck up resources badly needed for modernization elsewhere, with the added risk that it would not end up delivering the desired deterrent capability,” he said.

On Wednesday night, the Philippine Navy’s flagship BRP Gregorio del Pilar (FF-15), a former US Coast Guard Cutter, ran aground while on a routine mission in the West Philippine Sea.

Graham said this only shows that the Navy is still learning the handling of bigger vessels.

“In my view, the onus should be on acquiring and maintaining a surface fleet to patrol within archipelagic waters, and perhaps aspire to a localized ‘sea control’ capability in surrounding seas,” he said.

One of BRP Gregorio del Pilar’s sister ship, BRP Ramon Alcaraz (FF-16), is in Australia this week for the Exercise Kakadu, an international maritime exercise.

The Navy’s two warships, BRP Davao del Sur (LD-602) and BRP Andres Bonifacio (FF-17), returned home this week from Hawaii after participating at the Rim of the Pacific (Rimpac) exercise, the world’s largest maritime drills. Graham noted the training and diplomatic benefits from this kind of multilateral drills.

“I hope that trajectory can be maintained,” he said.

At a budget hearing at the House of Representatives on Wednesday, Defense Secretary Delfin Lorenzana admitted that the purchase and maintenance of the submarines are really expensive that they have not yet decided whether to buy despite the media hype.

“I think the senior AFP officials are not yet decided on that. We’re still trying to look, canvass all the available platforms all over the world,” he said.

“A lot of people, defense attaches from the US, Australia say napaka-mahal i-maintain. It might consume the whole budget of the Philippine Navy, yung isa. So we will study all these angles before we decide to buy any of these vessels,” he added.

Lorenzana earlier said they are interested to buy at least two submarines for the Navy as a strategic deterrence to foreign navies.

Russia, South Korea, France, Japan, and India are among the possible sources of the submarines cited by the defense chief.

“It is a very good deterrent capability. If we have at least two na nagtatago sa mga kalaban, magdalawang-isip silang pumunta dito. But it’s still in the planning stage,” he said.

Aside from the two brand new missile-capable frigates the Navy is expecting in 2020, Lorenzana said they are finalizing the plans to acquire six offshore patrol vessels from an Australian company with a shipyard in Cebu.

While the Philippine defense establishment appears driven in getting submarines soon, it has no intention to go to an arms race with its mightier neighbors, Lorenzana explained to lawmakers.

Analysts have warned of an arms race in the region as a response to China’s increased defense spending and advancing territorial claims in the bitterly-contested South China Sea, where the Philippines is one of the claimants.

“These submarines will not be an offensive weapon. Basically, this is a defensive weapon to deter any aggressor. We are not in an arms race. We can’t have an arms race with our neighbors who are much wealthier than us like China, Japan or even Indonesia. Mas marami silang income to splurge on this kind of equipment,” he said.  /kga