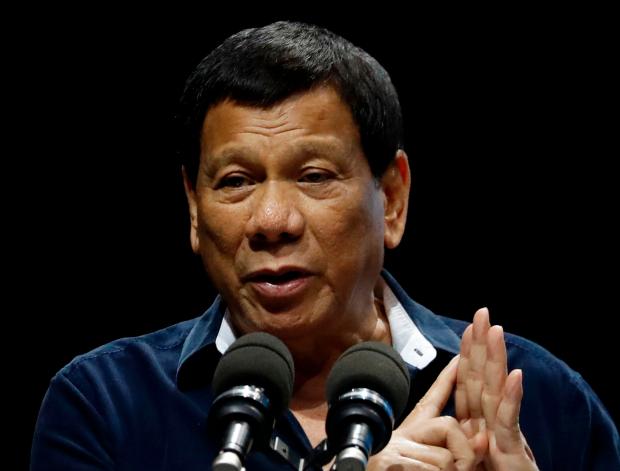 (I was looking at the TV intently because I want to emphasize to the Americans. There were CIA [agents] now. Reports said they wanted me dead.)

The President also fumed after US Assistant Secretary of Defense for Asian and Pacific Security Affairs Randall Schriver, who is in Manila for a two-day visit, warned his government about buying military equipment like submarines from Russia.

“Who are you to warn us?  You meet me in a forum and I will invite everybody interested. You state your case why you are against my country acquiring  submarines. Give me the reasons why and make it public. You want us to remain backwards,” Duterte said, referring to Schriver.

The Chief Executive said only the Philippines has no submarines as Vietnam has seven; Malaysia, two; and Indonesia, eight.

“You sold us used refurbished helicopters. Just like American transactions, nakiki-alam ang mga brokers ninyo [Your brokers are meddling]. You sold us six helicopters…one or two or three crashed already… killing the last one all the crew members. Is that the way how you treat your allies?  And you want us to stay with you at all times?” Duterte said.

“Think about it? Why did you not stop the other countries in Asia? Bakit kami pinipigilan ninyo. If kayo ang magbibigay mag implode yun…doon manggaling ang putok sa loob…like the helicopter you gave us,” he added.

(Why are you stopping us. If you would give us, that will implode. Explosion will come from the inside…)

Duterte, however, said his country is not the enemy of America.

“I am just protecting my soldiers and police. What’s the problem of acquiring submarines? We are not using it against you…Neither can we use it against China or anybody else because we are under armed,” he said. /jpv

Duterte slams US for warning PH on buying submarines from Russia