Duterte to China: ‘You can’t create artificial islands there and claim the sea’ 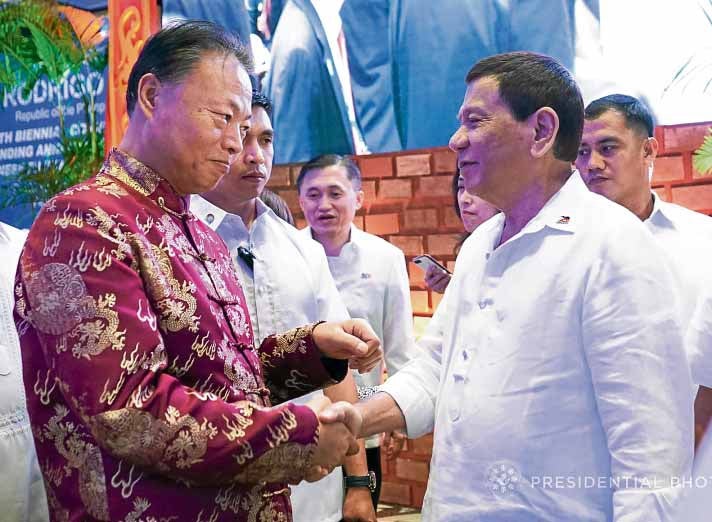 China cannot just create artificial islands in the disputed waters and claim the territory as theirs, President Rodrigo Duterte asserted on Friday.

Duterte made the remark before members of Hugpong ng Pagbabago (HNP), the political party of his daughter Davao City Mayor Sara Duterte in the Davao region.

“When you create an artificial island I think that it would be… Ang sabi ko sa China, ‘yung sabi niya, “Filipinos. Go out of…” You cannot create islands there and claim the sea,” Duterte said in his speech.

“That is not an island. Artificial islands are not… are prohibited in the middle sea. Iyan nga ang rule diyan eh [That is the rule there],” the Chief Executive said.

“Just because we are friends, huwag mo na kaming [do not make us]– “Filipinos. Go out there or that is your responsibility if anything will happen.” Alam naman — you know very well that we will not attack anybody there,” Duterte stressed.

“We are a claimant of the group of islands. And we are not, I told you, we are not prepared to go to war with you, so why do you have to say those nasty words? There’s no need for that. We are your friend,” he also said. /jpv

PH to assert sea rights through friendly talks with China