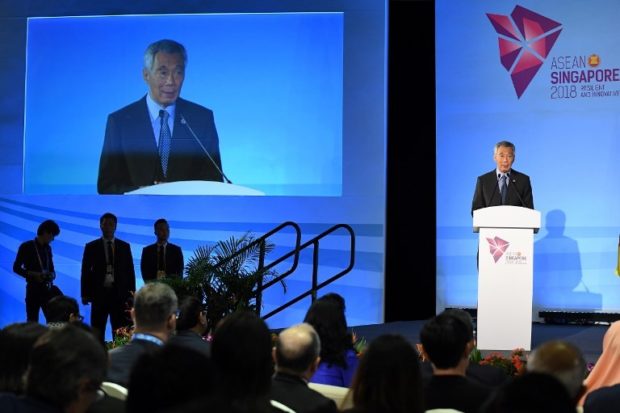 SINGAPORE — Asean and Chinaon Thursday  introduced a “single draft” that underpins all future negotiations for the Code of Conduct (COC) in the South China Sea, where China and a clutch of Southeast Asian nations have overlapping claims.

Singapore Foreign Minister Vivian Balakhrishnan made the announcement in his opening remarks at the Asean-China Ministerial Meeting in Singapore, saying that another milestone in the COC process had been achieved.

“At the recent COC talks in Changsha, China, in June, Asean member states and China arrived at a single draft COC negotiating text, which will be a living document and the basis of future COC negotiations,” Balakhrishnan said on Thursday.

The negotiating text is to remain confidential.

The minister said Asean and China also agreed on the key modalities for future rounds of COC negotiations.

China has recently come under fire for continued activities in the disputed waters, including the construction of military bases and the deployment of military assets on man-made islands.

Malaysia, Brunei, Vietnam and the Philippines all claim some or all of the South China Sea and its myriad shoals, reefs and islands. Taiwan also claims it.

The Asean-China dialogue has been used by both sides as a means to reduce tension and work towards the full and effective implementation of the Declaration on the Conduct of Parties (DOC) in the South China Sea, which mandates the early conclusion of the COC.

Singapore is currently country coordinator for Asean-China relations, but is set to hand over its role to the Philippines.