Kuwaiti influencer sparks outrage for complaining about OFWs having to keep passports, getting day off | Global News
Close
menu
search

Kuwaiti influencer sparks outrage for complaining about OFWs having to keep passports, getting day off 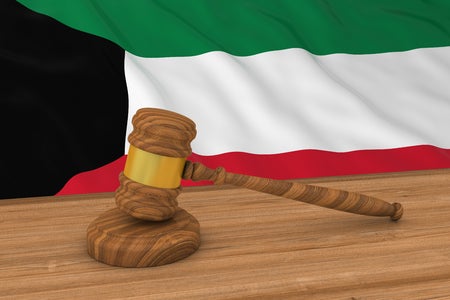 A video of a Kuwaiti influencer sparked outrage on social media for publicly complaining about how overseas Filipino workers (OFWs) can now keep their passports and have a one day off, as ordered by a new law in the Gulf state.

Sondos Alqattan, a makeup artist and beauty guru, said in a video that she disagreed with the law, adding, “I don’t want a Filipino maid anymore.” The video was uploaded and translated into English by Turkey-based media TRT News on Thursday.

“But how can you have a ‘servant’ in your house who gets to keep their passports with them?” Alqattan went on. “If they ran away and went back to their country, who’ll refund me?”

She did not stop there and complained: “And what’s worse is that they have one day off every week?” 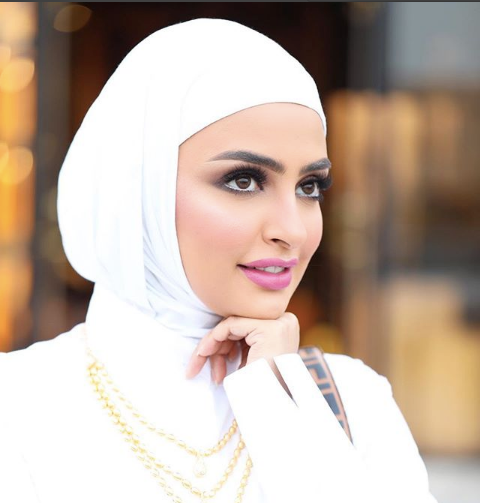 A video of Kuwaiti influencer Sondos Alqattan about how OFWs get to keep their passports and having a day off sparked outrage.  Image: Instagram/@sondos_aq

Netizens fumed over Alqattan’s remarks. On Twitter, a certain Haawa (@HaawaMohamed) said that Alqattan blocked her on Instagram, but added she will make her trend for the wrong reason on the site and on Facebook.

Another netizen going by the name Natalie Cole Sprouse (@natsohipster) also called out the influencer saying, “You’re so full of yourself this Filipino maid that you call slaves are better than you.”

Jennelyn Martinez (@JennelynMartin5) too did not hold back and said that Alqattan “is not a human being.” “She thinks of herself highly that she wants the Filipino workers to be treated as her slaves,” she said. 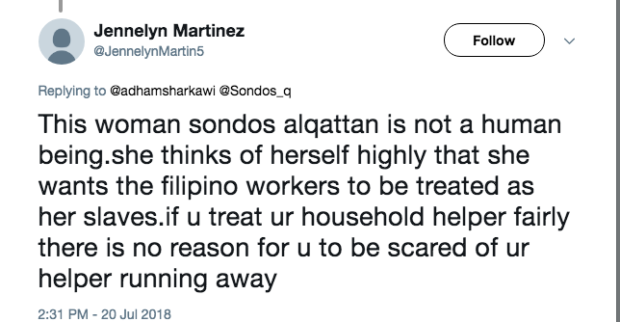 The new law was signed in May as part of an agreement between the Philippines and Kuwait to protect the welfare of OFWs in the Gulf state. This comes after a diplomatic row happened between the two countries; at one point President Rodrigo Duterte temporarily banned the deployment of migrant workers to Kuwait.

So far, Alqattan has not spoken up about the controversy.  Katrina Hallare /ra

Roque: PH-Kuwait relations back to ‘normal’ after MOA signing

Minors still not allowed to go to malls, parks in NCR under Alert Level 3