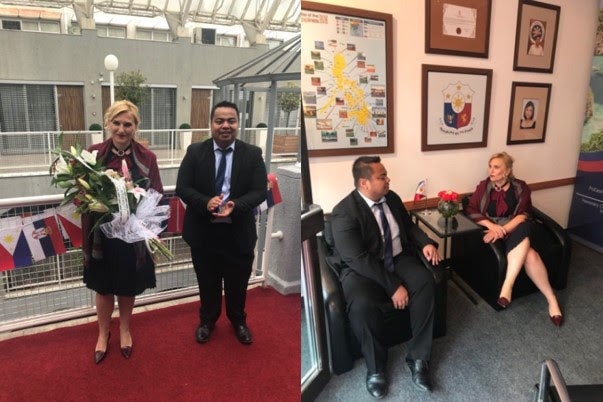 Consul Jose L. Garcia III from the Philippine Embassy in Budapest congratulates Honorary Consul Dragijana Petrovic. The Consuls discuss the work ahead for the Consulate in Belgrade. PHOTO from Belgrade Philippine Consulate

The Philippines hopes to strengthen bilateral relations with Serbia with the opening of a consulate in Belgrade, the country’s capital city.

The Department of Foreign Affairs said the Philippine Consulate in Belgrade was formally opened on June 26 with the appointment of Honorary Consul Dragijana Petrovic.

Petrovic received her consular commission from Foreign Secretary Alan Peter Cayetano in July 2017, and she received her exequatur or official recognition from the Serbian government in March 2018.

According to DFA, the official recognition of Petrovic’s role as Philippine representative to Serbia paved the way for the opening and operation of the consulate.

From June 2016 until June 2018, consular functions were performed by the Philippine Embassy in Budapest in Hungary while the search for a new Honorary Consul was in motion.

The DFA estimates that there are 76 Filipinos currently residing and working in Serbia, majority of whom are married to Serbians.

Saying that she’s now part of the “Filipino family,” Petrovic vowed to help expand bilateral relations in trade, education, and sports. She also assured members of the Filipino community of her assistance in time of need. 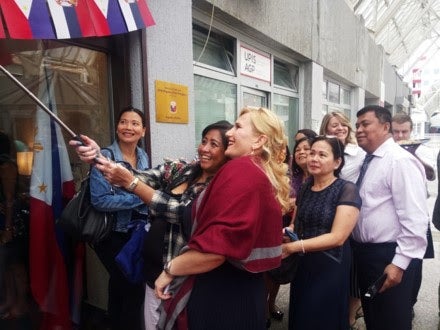 Members of the Filipino Community join the celebration of the honorary consulate’s opening. PHOTO from Belgrade Philippine Consulate/J. Garcia