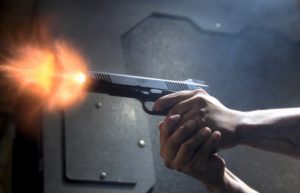 According to the police, Barry Gamon, 56, a Canadian retiree, and his wife Luzviminda were outside their garage at Barangay (village) Tinga Itaas when two gunmen approached and shot them at about 8 p.m., Sunday.

They were taken to the United Doctors of St. Camillus Hospital in the city but Barry died while being treated for multiple bullet wounds. Gamon had been living in the Philippines for more than 10 years.

In a phone interview Monday, city police chief Supt. Sancho Celedio said the couple never had any record with the authorities, except for a recent “dispute” over a parking space across the victims’ house.

“That appears, so far, as the only strong possible motive (in the attack) although we are still investigating it,” Celedio said.

He said Luzviminda might have recognized the gunmen, who escaped on foot after the shooting.

Investigators are hoping to get her statement soon. /cbb