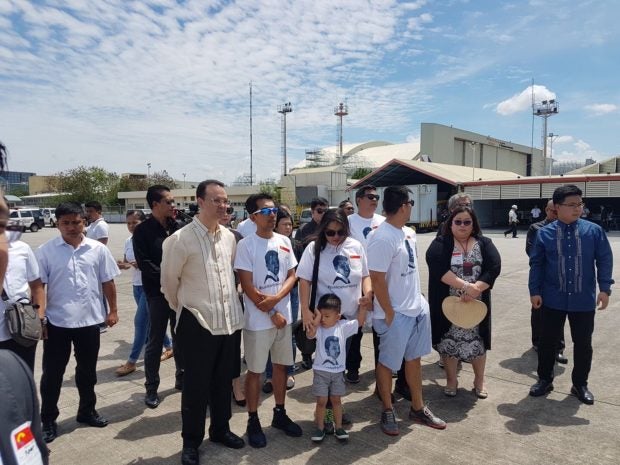 The remains of Henry John Acorda, the Filipino financial analyst who was mauled in Slovakia after protecting his women companions, arrived in Manila on Tuesday.

A Slovak government plane carrying the Acorda’s remains arrived at the Balagbag Ramp in Villamor Airbase.

The mother and two siblings of Acorda were accompanied by Philippine Ambassador to Vienna Ma. Cleofe Natividad and a representative from Slovak Ministry of Interior.

The Department of Foreign Affairs (DFA) said Mass was celebrated for Acorda in Slovakia’s capital city of Bratislava.

The 39-year-old Acorda was fatally mauled after he defended his women companions from being harassed. He died five days later at hospital in Bratislava.

A Slovak national is now in jail for manslaughter charges.   /vvp