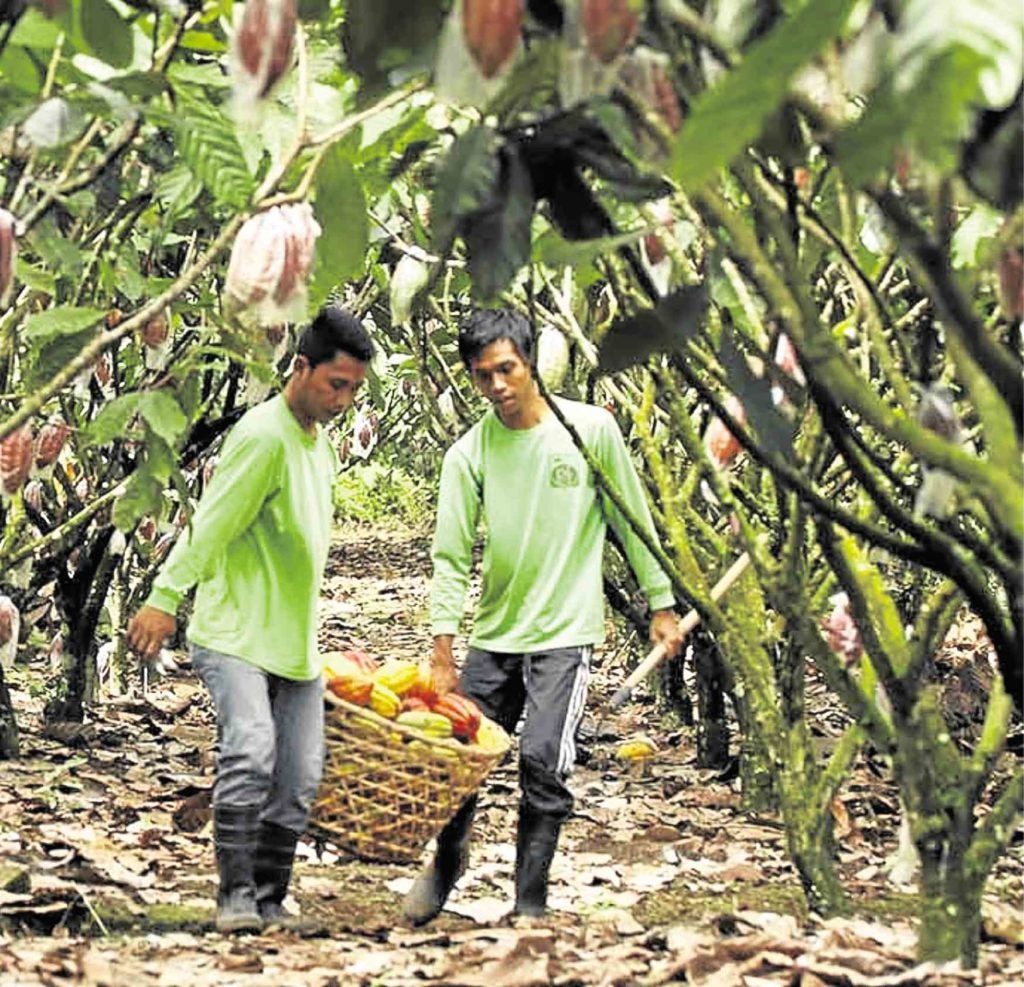 Under the awards’ drinking category, Malagos’ 85-percent dark chocolate won silver while its 100-percent and 72-percent variants got bronze.

In the tree to bar category, its 72-percent and 85-percent variants got silver.

Since joining the AoC competition in 2016, the Malagos brand has received 15 awards in various categories and one commendation for producing fine chocolates.

The competition this year was attended by a “record-breaking 1,200 entries … produced in more than 45 countries,” according to Silvija Davidson, one of the people behind the AoC awards.

The academy’s website said the AoC awards started in 2005 with just a dozen entries.

Davidson, on the AoC website, said industry experts spent 15 days to deliberate on the entries.

“We are thrilled to have had a wider global spread than ever before, including innovative producers from the Far and Middle East. This year’s entrants really raised the bar and we saw some very wild and innovative flavors. Consumer interest in craft chocolate is undoubtedly on the up and, as such, so, too, is the number of small-scale … producers, which make up the majority of entries this year,” said Sara Jayne Stanes OBE, AoC chair.

He said he used the knowledge he gained from a previous training conducted by Mars Cocoa Sustainability Team to produce chocolates, starting with an unsweetened version of dark chocolate.

Since then, Malagos chocolates had reaped awards, among these those given by AoC and Katha Awards for food.

Recently, Puentespina signed a deal with AirAsia for Malagos chocolate-infused chicken meal served on all its flights starting April 12.

“What he had come up with was the roasted ‘dalandan’ chicken with pimiento sauce infused with Malagos chocolate,” Comendador told reporters here recently.

“I am incredibly happy and excited to share my first dish especially made for an airline, and I love it that AirAsia is literally taking Filipino homegrown products and talents to greater heights,” Anglo said during the launching of the new menu here last month.

Puentespina said AirAsia’s decision added to the growing recognition that his creation had been reaping from chocolate lovers.

“This would bring us to the attention of more partners,” he said.

Puentespina said the deal with AirAsia inspired him to explore and create new products with Malagos chocolates.

He said another product, which would feature Bicol’s pili nut and Palawan’s cashew nut, would be introduced at the World Food Exhibition in August.

Read Next
Roque: Meeting between PH officials, US admiral meant to reassure US
EDITORS' PICK
Acer Philippines welcomes you to its first flagship store
PNP’s Covid-19 cases jump to 9,809; 52 new infections logged
Pope Francis to miss events due to new flare up of leg pain—Vatican
Is your company a growth champion? Stand up and be recognized!
More than 150 National Guard in Washington for Biden inauguration test positive for coronavirus
New Year, New Rediscoveries
MOST READ
Dustin Poirier knocks out Conor McGregor at UFC 257
Ellen DeGeneres, too, is baffled by viral Filipino soda ad
AFP to apologize to UP alum falsely included in list of NPA members — Lorenzana
Filipino restaurants thriving in Washington DC
Don't miss out on the latest news and information.

UP frat condemns red-tagging after denouncing abrogation of DND agreement