Duterte: No need for me to witness signing of PH-Kuwait labor pact | Global News

Duterte: No need for me to witness signing of PH-Kuwait labor pact 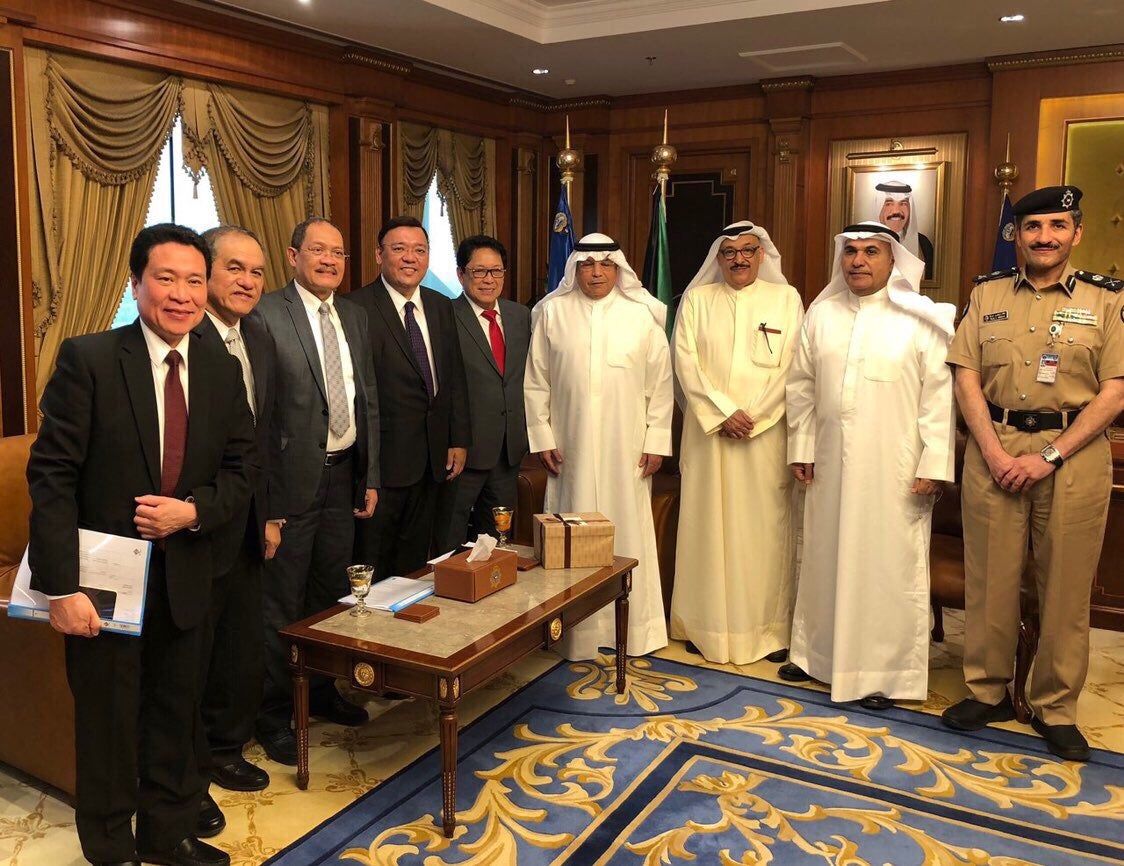 Philippine and Kuwaiti officials pose for a photo opportunity as the agreement had been agreed upon
after a meeting of Presidential Spokesperson Harry Roque and Labor Secretary Silvestre Bello III met with Kuwaiti officials. INQUIRER file photo

DAVAO CITY – President Rodrigo Duterte on Friday said he would no longer be flying to Kuwait to witness the signing of the labor agreement between Philippine and Kuwaiti officials.

The President said he was informed by Special Envoy to Kuwait Abdullah Mama-o that the agreement might be signed anytime.

“I said I would no longer come. Maybe someday, I’ll visit [Kuwait],” he said in a speech in Marawi City.

President Duterte said all he wanted was for the Kuwaiti government to agree to his conditions before he would order the lifting of the ban on the deployment of fresh workers to the oil-rich Gulf state.

“I said I wanted [Filipino workers] to have seven hours of sleep, that they can cook their own food, that their cellphones will not be confiscated, their passports entrusted to the Embassy and they will have days off,” he said.

Duterte said he also asked that physical abuses against Overseas Filipino Workers (OFWs) would be stopped.

“If there is a complaint, they can call the special police, which is only for Filipinos,” he said.

President Duterte said if his conditions had been complied with, he will already lift the ban he had imposed in the aftermath of the discovery of the body of Joanna Demafeliz, which was stuffed in a freezer. /jpv