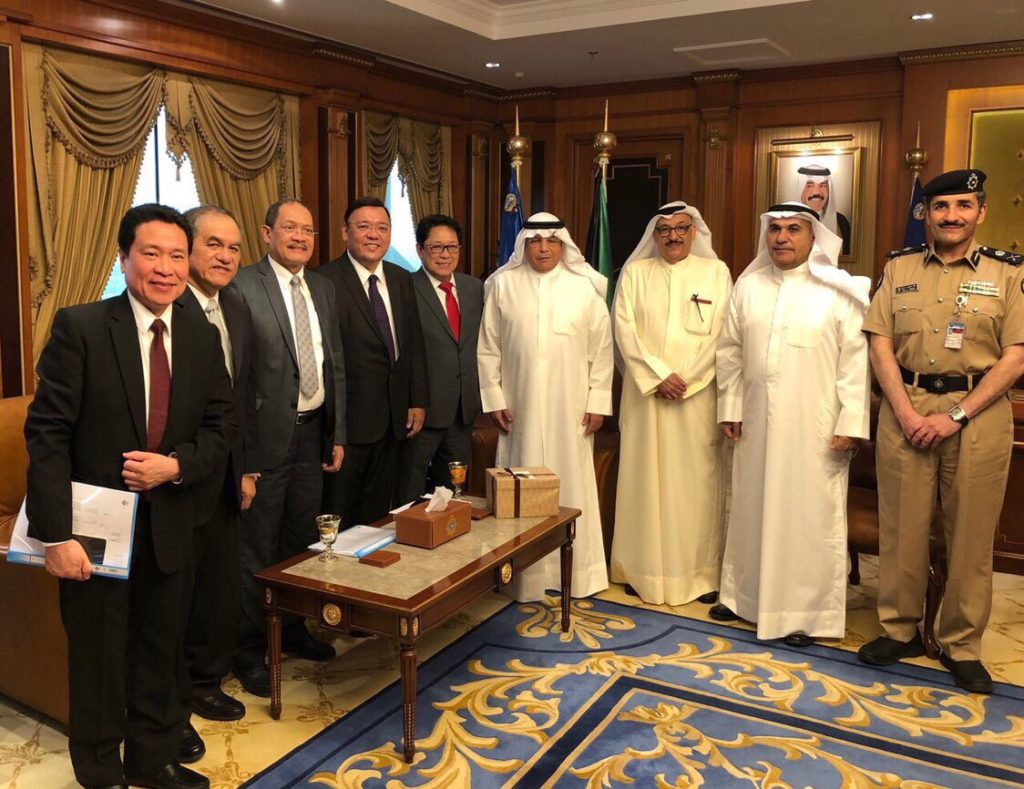 AN AGREEMENT AT LAST: Presidential Spokesperson Harry Roque and Labor Secretary Silvestre Bello III pose with Kuwaiti officials in Kuwait after discussing a memorandum of agreement on better treatment to OFWs. PHOTO/Malacañang

The Philippine government and Kuwait have agreed to sign the memorandum of agreement (MOA) that would provide better treatment to overseas Filipino workers in the Gulf state, Malacañang said on Wednesday.

“A Memorandum of Agreement is expected to be signed and agreed upon after the meeting,” Roque said in a statement.

He said the four Filipino drivers who were arrested by Kuwaiti officials for helping in the controversial rescue of OFWs were also released.

“The meeting of officials between the two countries likewise saw the release of four drivers,” he said.

Roque and Bello flew to Kuwait upon the order of President Rodrigo Duterte.

Roque said the Philippine officials met with Kuwaiti officials and “look forward to the normalization of ties.”

The Palace official said Kuwait “has expressed the value of Filipinos in Kuwait.”

Kuwait has “guaranteed that all remaining undocumented Filipinos (under 600), except for those with pending cases, will be allowed to go home – at least 150 of them will be joining  the Philippine officials in returning to the Philippines.”

The MOA between the Philippines and Kuwait was in limbo after the rescue of Filipino domestic workers in Kuwait that angered the Kuwaiti government, citing it was a violation of the state’s sovereignty./ac