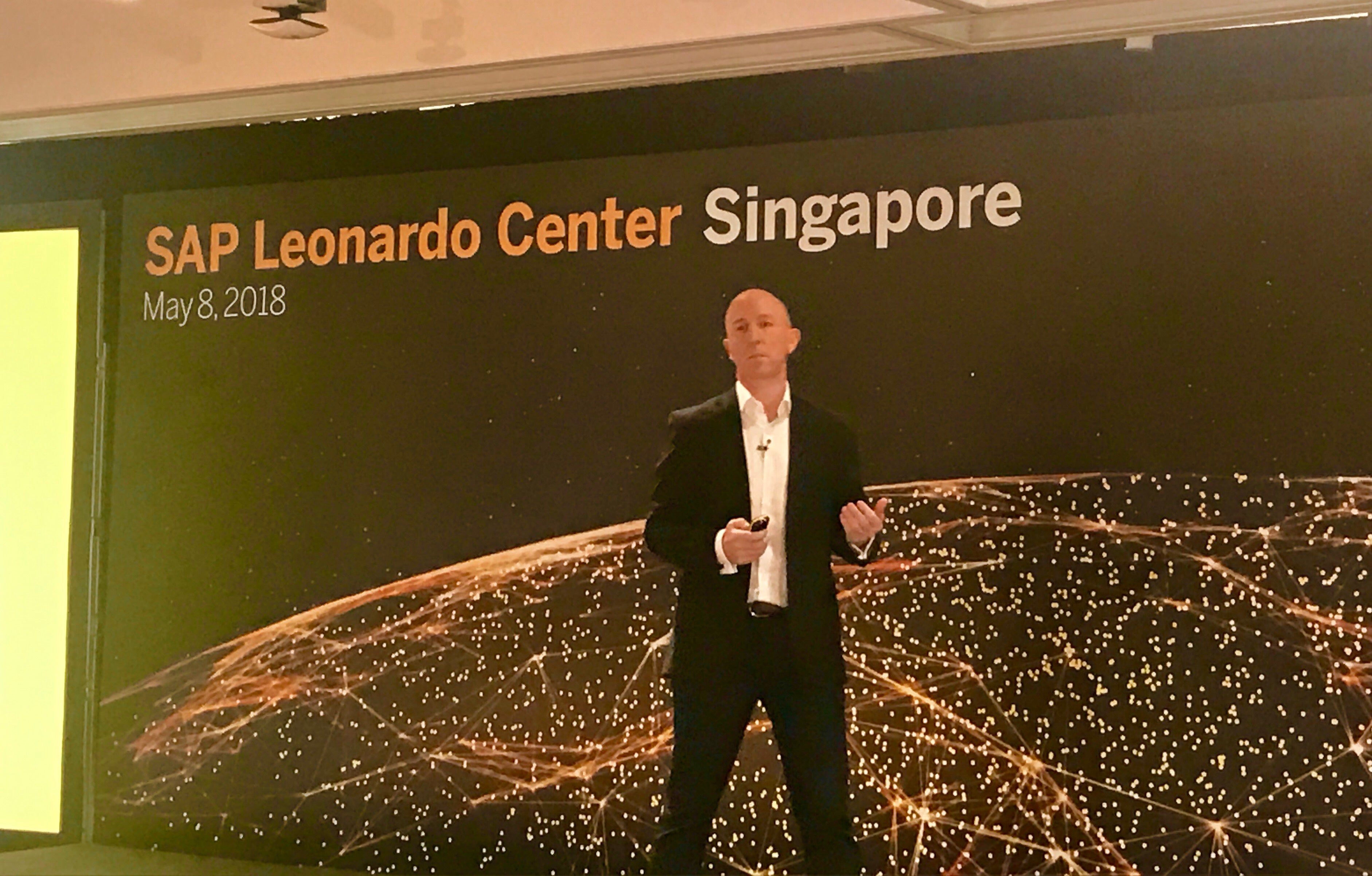 On March 11, 2011, a 9.0-magnitude earthquake devastated northeastern Japan and triggered a massive and deadly tsunami. The calamity claimed thousands of lives, destroyed billions of properties and washed out most of its citizens’ hopes and dreams.

But it was innovation and purpose that flooded the mind of Scott Russell, president of SAP Asia-Pacific and Japan (APJ), after he personally experienced the disaster.

A few years later, the market leader in enterprise application software, together with a Japanese disaster prevention systems innovator, Hakusan Corporation, developed an idea to use smartphones as an equipment to measure and predict movements of earthquake not just on ground but inside the building.

This tale, Russell said during their launch of the SAP Leonardo Center in Singapore Tuesday, was one of the examples of their company’s strategy to focus on purpose-led innovation in a bid to help improve the lives of 1 billion people within the region, which is considered as among the world’s most disaster-prone region.

“We operated with care, dignity and humbleness… By 2022 I have two very simple vows: to improve the lives of 1 billion people within the region and to go from the 40,000 customers that we have in Asia Pacific and Japan today to our 70,000 customers to have chosen SAP to be a part of their businesses by 2022,” he said during his speech during the launch.

SAP Leonardo Center in Singapore was established to help customers, partners and the broader ecosystem of universities and start-ups across the APJ region to deliver faster innovation with less risk. This launch expands SAP’s innovation footprint in the region, adding to the three Innovation centers and four SAP Labs in APJ.

The new SAP Leonardo Center was strategically stationed in Singapore, the most competitive economy in Asia Pacific and third globally, according to the World Economic Forum. 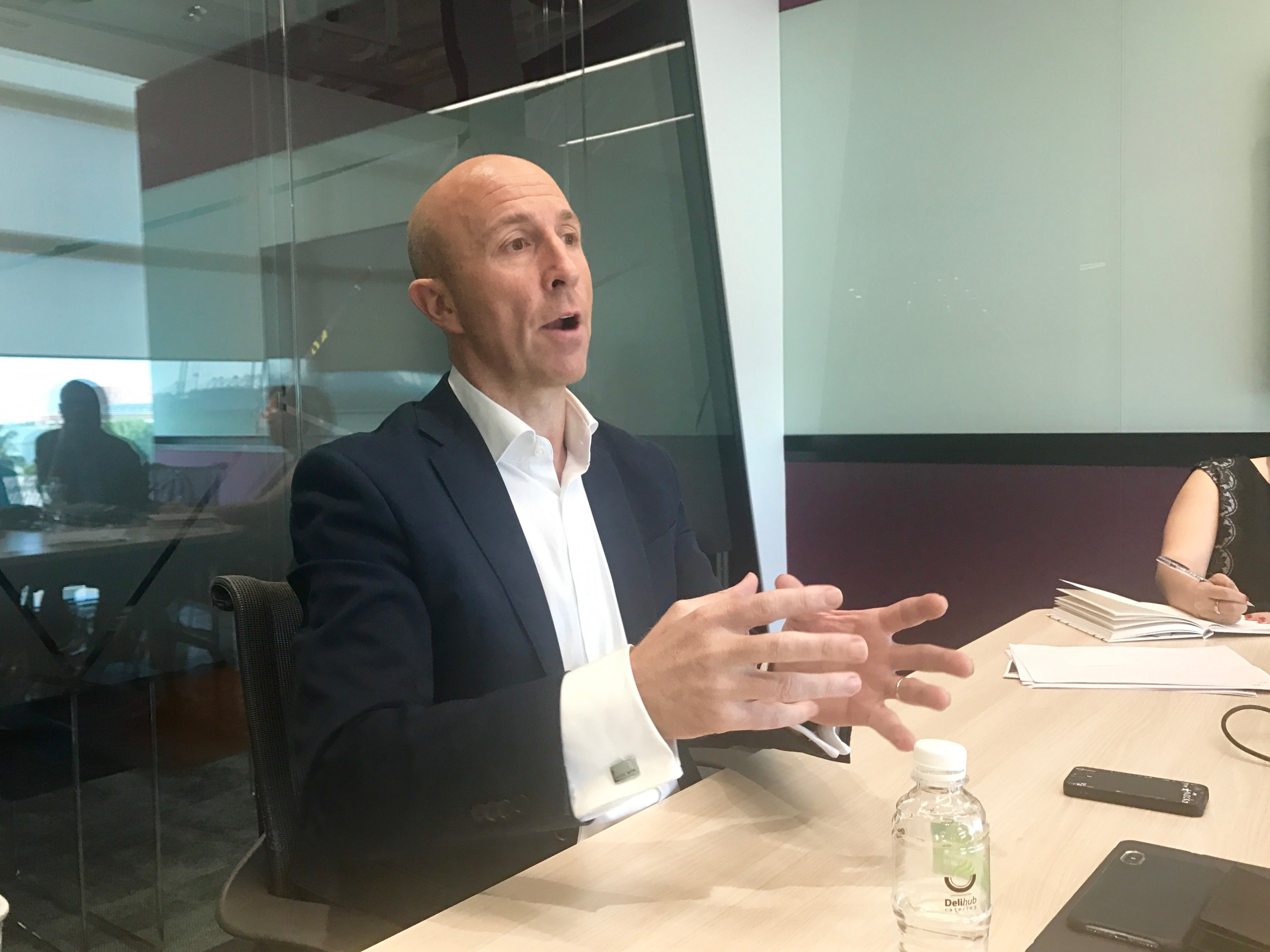 Fifth in the global network of SAP Leonardo Centers, the Singapore innovation hub is designed to serve as the “front-end” for APJ customers and partners to accelerate their digital innovation journeys using the capabilities of SAP Leonardo and Design Thinking (DT).

DT is a human centered approach to problem solving and discovery utilized by SAP in identifying clients’ problems and solving them.

SAP Leonardo brings together Internet of Things (IoT), Machine Learning, Blockchain, Big Data, Analytics and Data Intelligence on SAP Cloud Platform. It also applies its leading technology capabilities and deep knowledge of 25 industries, in a live technology-delivery environment to deliver the Intelligent Enterprise for its customers.

“The SAP Leonardo Center in Singapore will showcase the art of the possible in digital innovation and help our customers scale quickly, easily and effectively,” said Russell.

“The SAP Leonardo Center in Singapore will play a key role in realizing our growth strategy and drive customer success in the new Intelligence era,” he added.

The SAP Leonardo Center Singapore aims to foster a collaborative environment for businesses, start-ups, small and medium-sized enterprises to experiment and innovate.

One of SAP APJ’s first SAP Leonardo customers in Korea is Hanon Systems. Headquartered in South Korea, Hanon Systems is a global leader in automotive thermal and energy management solutions, and an early- adopter of SAP Leonardo in APJ.

With insight into the benefits of digital manufacturing, the company identified manufacturing performance and equipment health as areas of measurement to pilot the Leonardo platform at one of its plants in Europe.

“At Hanon Systems, we believe our digital transformation can change the way we manufacture in a positive way to improve our productivity, increase our overall efficiency and further strengthen our customer relationships,” he said.

SAP APJ also prepares the next-generation innovators with knowledge and skills for the digital future through the SAP University Alliances program.

The program exposes 1.7 million students in educational institutions in APJ to innovative technologies.

SAP APJ has established 13 Next-Gen labs in APJ with plans to open more in the future. /jpv

Read Next
Gov’t ‘neglect’ of PH outposts ‘not fair’ to soldiers — expert
EDITORS' PICK
DILG to stranded workers: ‘Stay where you are’ until Luzon-wide quarantine is over
BREAKING: 1,075 people in PH has coronavirus disease – DOH
Style and music journeys with Claudia Barretto
UP-PGH wards for COVID-19 patients finished in 5 days
IATF: Food firms to operate with 50% of workforce during Luzon quarantine
Cebu City closes its borders
MOST READ
Tootsy Angara bares neighbor wanted them out of village
Pacquiao to seek probe on leaked private letter from Barangay Dasmariñas
Another doctor dies due to COVID-19 in Cebu City, doctor-husband critical
Lagman: Ban overseas deployment of Filipino medics, nurses for now
Don't miss out on the latest news and information.