Speaking to reporters after he welcomed home Philippine Ambassador to Kuwait Renato Villa, Cayetano cautioned against using the career diplomats at the Department of Foreign Affairs to call for his resignation.

“If there are people making calls, it’s their privilege and I respect that. But don’t use the name of the department and the career officials unless sila talga yung nanawagan,” the secretary said.

The secretary was reacting to a report that career officials supposedly sent a letter to President Rodrigo Duterte to call for his resignation over his “gross incompetence” in handling diplomatic rows with Kuwait.

Villa arrived in Manila on Wednesday night, a week after the Kuwaiti government declared him persona non grata.

“Meron talagang nananawagan. May senador na nagsabi, may ex-congressman na nagsasabi. But if you’re going to use the career officials, let them speak for themselves,” he said.

He added: “So if the President tells me to go, I will go happily and I will continue to support him.”

Cayetano, who was a senator and former running mate of President Rodrigo Duterte, admitted that career officials do not agree with the foreign policies being executed by the administration.

“If a majority in the Department of Foreign Affairs says ‘we cannot follow you,’ I have no business being there. But so far, I have had meetings with them and so far they understand,” Cayetano said.

“They might not necessarily agree with our direction, but they understand. The calls are normal and it is politics,” he added. 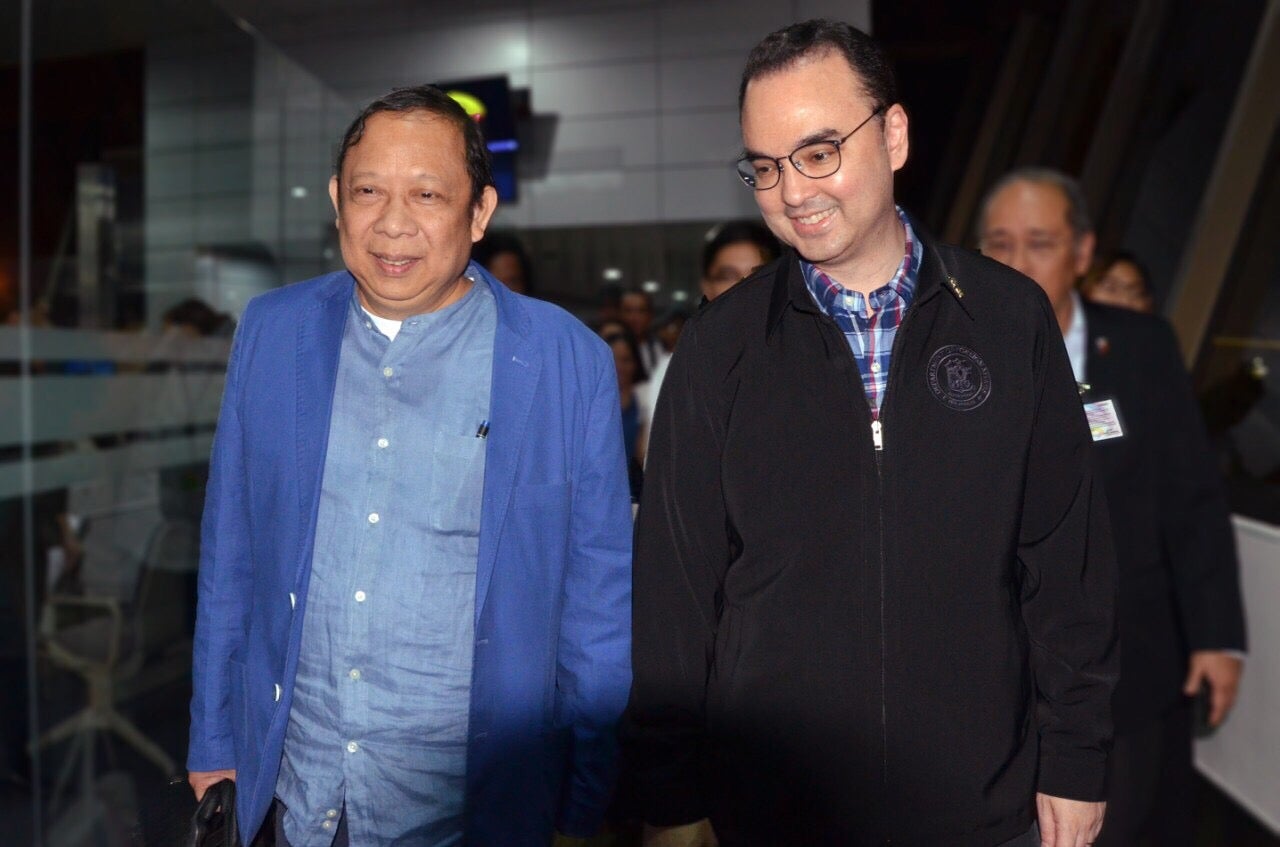 Tensions between Kuwait and the Philippines escalated after videos of Philippine embassy staff “rescuing” distressed oversees Filipino workers were released by the DFA.

The Kuwaiti government ordered the arrest three Filipino diplomats and the expulsion of Villa.

But Cayetano maintained that communication lines with Kuwait are open and the diplomatic standoff was being addressed. /atm

Read Next
Expelled PH ambassador to Kuwait arrives in Manila
EDITORS' PICK
Violence done in the name of God ‘the greatest blasphemy’ – Pope Francis
Nestlé Philippines’ ‘NESCAFÉ Plan’ bags Grand Anvil at PRSP 56th Anvil Awards
Every Filipino home can now be a smart home with realme TechLife
Smart reinforces superiority with best speed and mobile video experience in PH
Don’t waste the hope of vaccines, warns WHO
822 NPA-free barangays set to get P20-M gov’t aid — Esperon
MOST READ
Rights lawyer survives attack by playing dead, loses all case files
So: I lacked connections to succeed in PH ‘culture’
US weapons, hardware in exchange for VFA
Gerald admits being with Julia, reveals breakup with Bea through ‘too many conversations’
Don't miss out on the latest news and information.