Lawmakers from the Gabriela Women’s Party (GWP) on Thursday filed a resolution to seek an inquiry into the plight of Middle East domestic helpers and the current status of government assistance programs.

The filing comes in the wake of Kuwait’s expulsion of the Philippine envoy there following the viral video of Philippine Embassy staff members convincing Filipino housemaids to leave their employers’ homes and return to the Philippines. 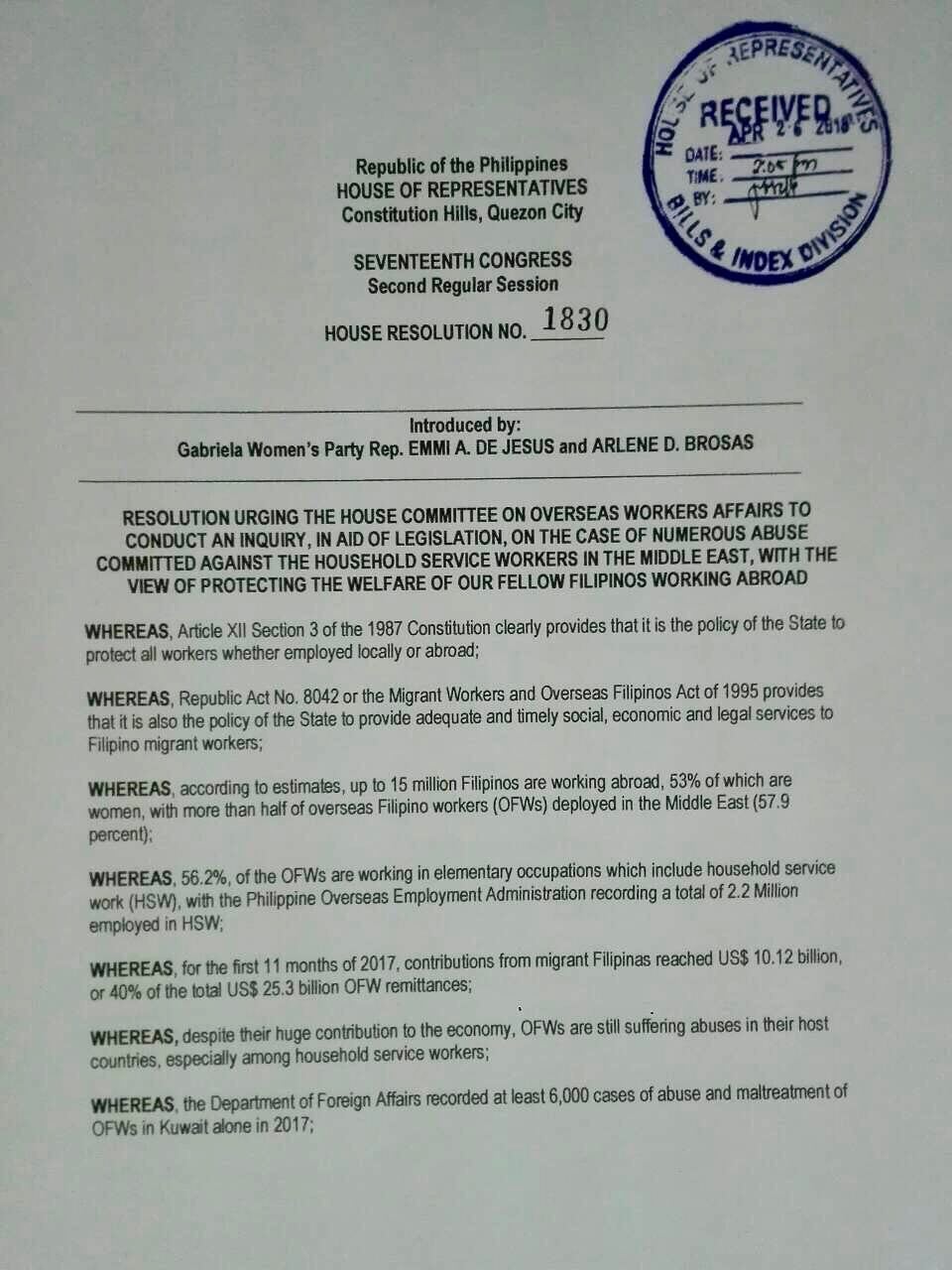 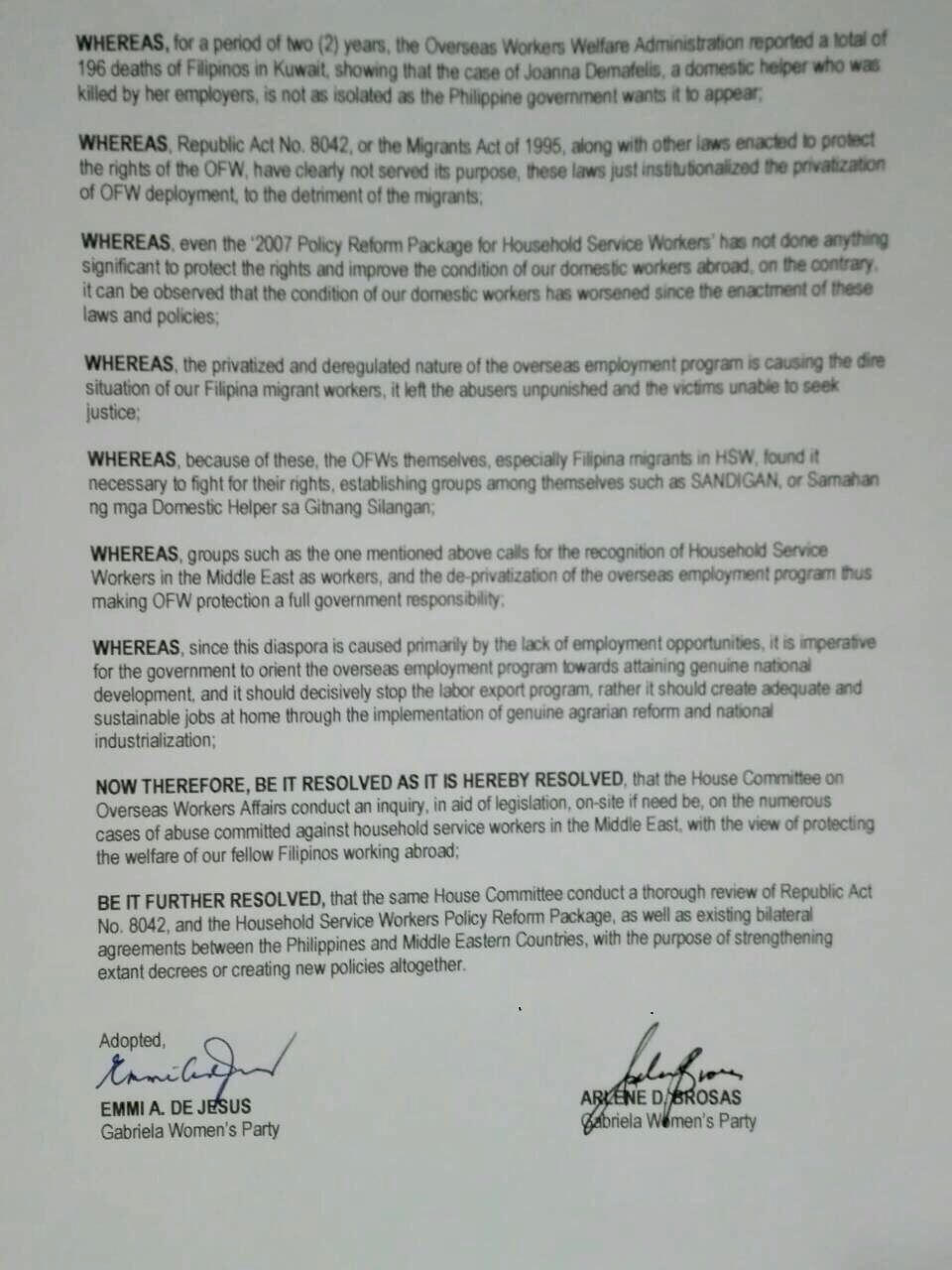 Presidential Spokesperson Harry Roque admitted that there were “some misunderstanding” regarding the rescue of OFWs there, but he said President Rodrigo Duterte was able to fix the issue.

Roque expressed confidence that the apparent diplomatic row between the Philippine and Kuwait will not affect the expected signing of a deal that would give better treatment to domestic helpers in Kuwait.

The GWP, however, was not amused by the controversial rescue mission.

“We are pushing for an objective and coordinated assessment of the situation of Filipino domestic helpers in the Middle East through a congressional inquiry and on-site visit,” De Jesus said in a statement.

“In a desperate move to prop up dwindling political support, the Duterte regime through Ambassador Renato Villa shamelessly used the issues of OFWs in Kuwait to feign concern for migrant workers. Now, this reckless and self-serving gimmickry is endangering the welfare of thousands of OFWs in Kuwait and creating diplomatic tensions which could spread across Arab states,” she added.

In House Resolution 1830, De Jesus and Brosas noted that at least 6,000 cases of abuse and maltreatment of OFWs have been recorded in 2017 in Kuwait alone, with 196 deaths of Filipino in the Gulf Arab State.

“These cases of migrant rights violations under the Duterte regime show that current programs and interventions supposedly addressing the plight of Middle East OFWs regime should be evaluated and probed,” De Jesus emphasized.

The resolution also urged the House committee on overseas workers’ affairs to conduct a thorough review of RA 8042 or the Migrant Workers and Overseas Filipino Act of 1995, Household Service Workers Policy Reform Package, and existing bilateral agreements between the Philippines and Middle East countries.

De Jesus said the resolution stemmed from the complaints they have received from Filipino domestic workers in the Middle East under the group Samahan ng mga Domestic Helper sa Gitnang Silangan. /jpv