EU: No plan to protest deportation of European politician 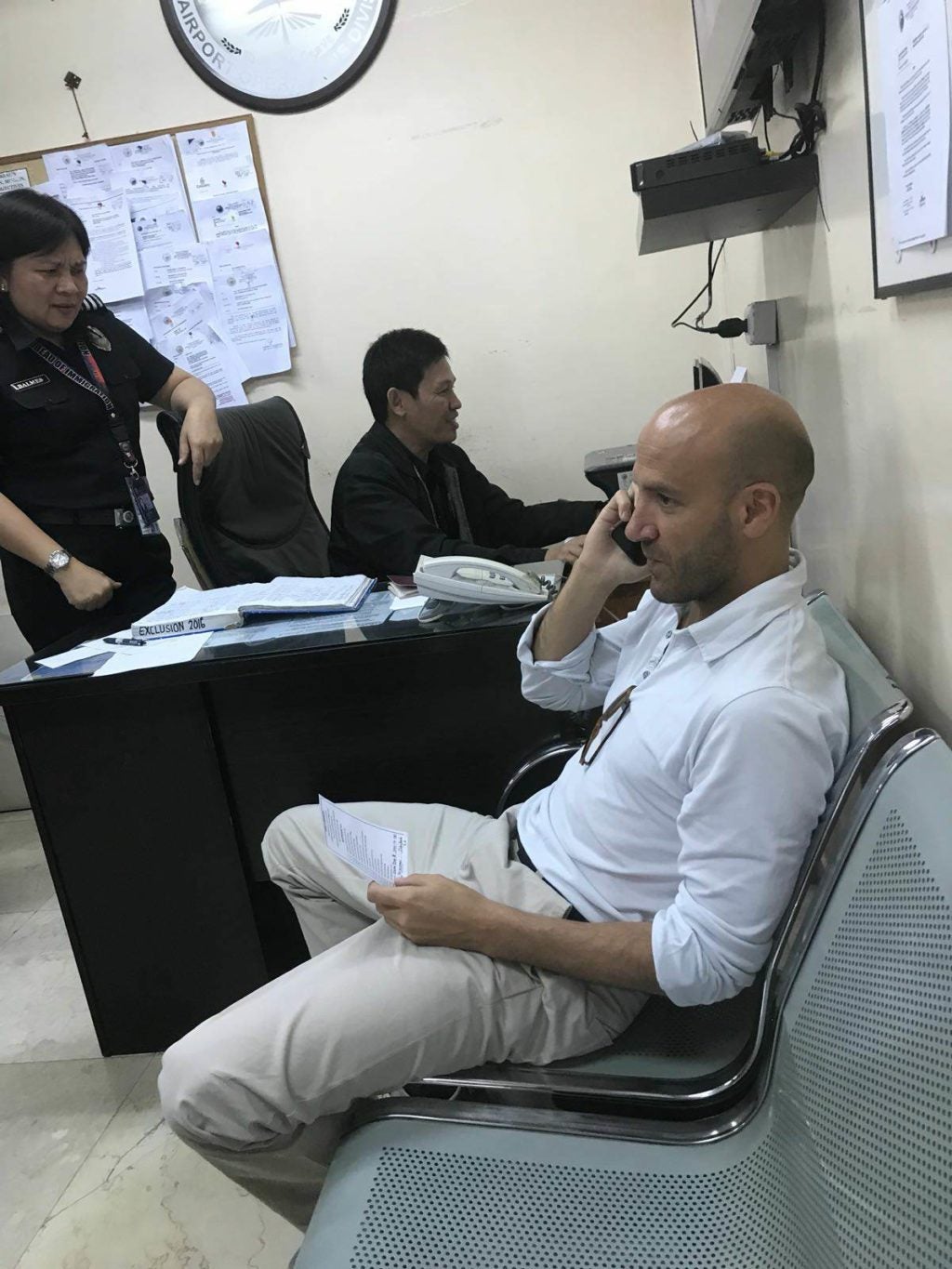 Giacomo Filibeck, deputy secretary-general of the Party of European Socialists, talks on his cellular phone inside the immigration office at the Mactan Cebu International Airport. He was subsequently deported for participating in illegal political activities. CONTRIBUTED PHOTO/AKBAYAN

The European Union (EU) is not inclined to file a diplomatic protest against the Philippines after an official of the Party of European Socialists (PES) was blacklisted in the country for allegedly violating the condition of his stay here.

On Thursday, European Union Ambassador to the Philippines Franz Jessen said they met with Department of Foreign Affairs (DFA) officials days ago to clarify the incident, which he dismissed as a non-issue.

“That’s not really the issue, the issue is that we are friends (with the Philippines) and we do have partnership and cooperation with each other,” he told reporters on the sidelines of the Viva Europa 2018 press conference.

Pressed if the EU was inclined to file a diplomatic protest against the Philippines in light of the incident, Jessen said: “Right now we are simply looking into what happened and we’re trying to understand it.”

On Monday, Bureau of Immigration (BI) Commissioner Jaime Morente said PES deputy secretary-general Giocomo Filibeck violated the conditions of his stay as a tourist when he came to the Philippines last year.

Filibeck reportedly engaged in partisan political activities against the government by criticizing the war on drugs of President Rodrigo Duterte.

He was part of an international solidarity mission to the Philippines, which investigated and denounced the spate of human rights violations in the country.

Filibeck was barred from entering the country at the Mactan-Cebu International Airport on Sunday. He was deported that same day.

The European politician arrived in the country to attend a two-day party congress of the Akbayan party-list, a sister party of the PES.

While Akbayan, its representative Tom Villarin, and allies Etta Rosales and Sen. Francis Pangilinan blame the Duterte administration for blocking the entry of Filibeck, the order to deport foreigners meddling in Philippine internal affairs was approved by then-Justice Secretary Leila de Lima.

Immigration Operations Order No. SBM 2015-025 signed by De Lima on July 3, 2015, prohibits any foreigner “from engaging in any (partisan) political activity” in the country.

De Lima’s order also commands the deportation of foreigners who would meddle in the country’s internal political affairs. /cbb 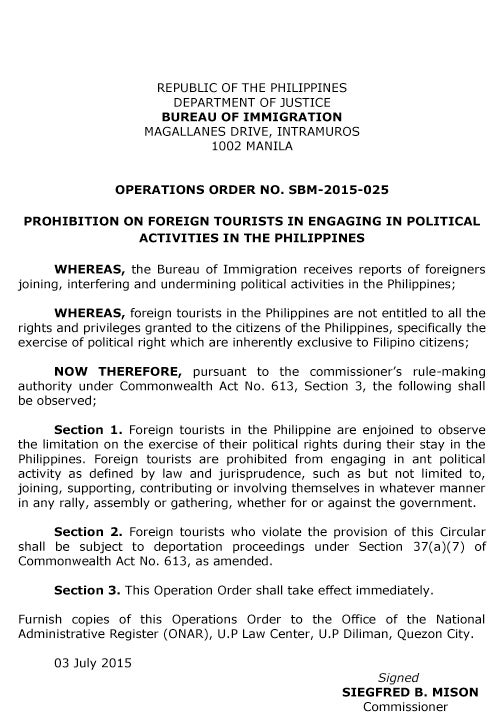