Duterte: Turn to CIA if something bad happens to me 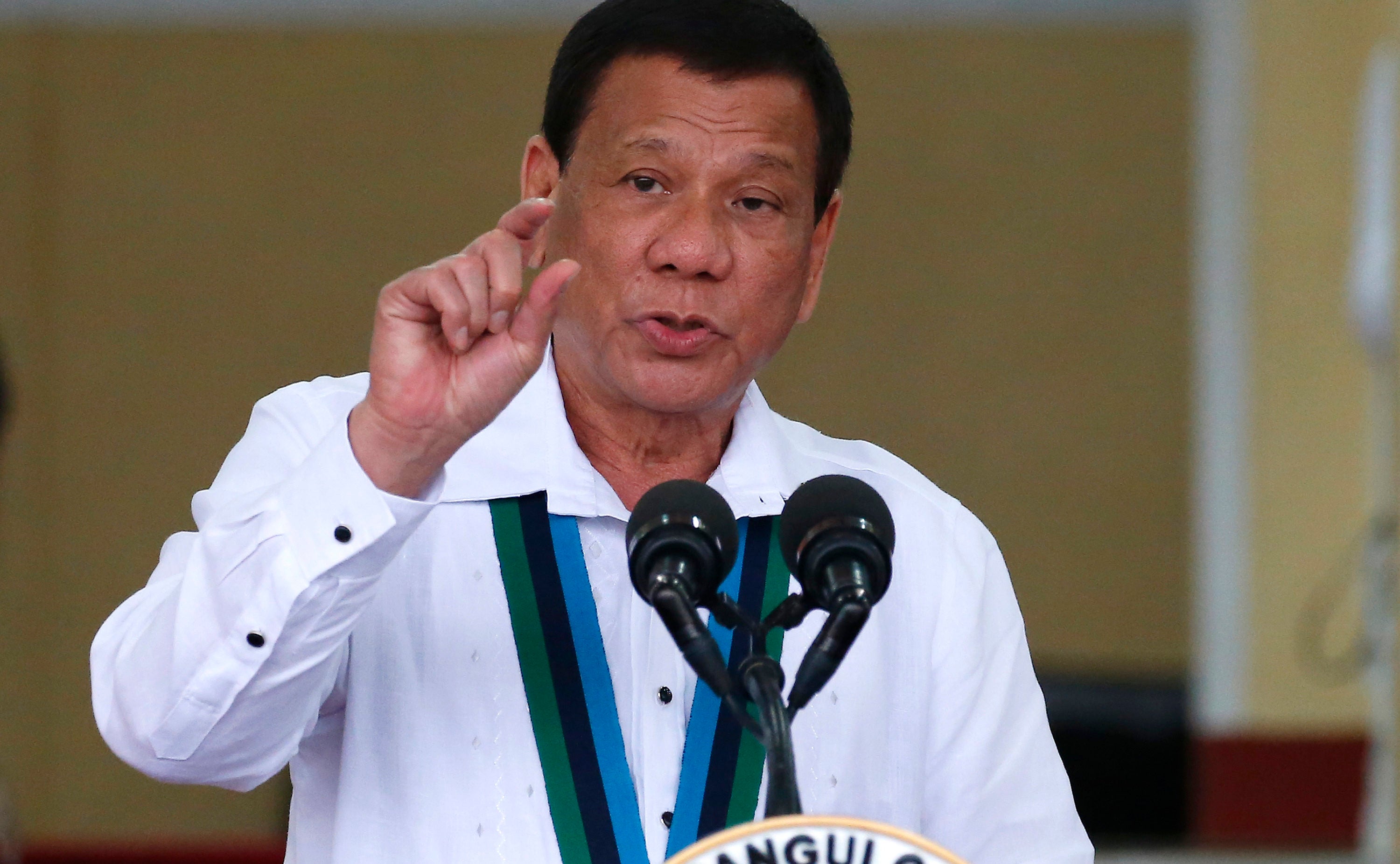 President Rodrigo Duterte on Thursday said that people should look to the Central Intelligence Agency (CIA) in case anything happens to him, as he continued to blast the United States for criticizing his war on drugs and blocking the sale of firearms to the Philippines.

In a speech in Malacañang, President Duterte recalled that the US’ sale of firearms to the country was blocked after senators questioned it, alleging that there were rights violations in the Philippines.

What he did was to turn to China and Russia for help, and these two countries provided him with firearms for free.

Up to now, he said Russia and China have yet to ask him for anything in exchange, not even a military alliance with them which he is not prepared to enter.

“That’s my experience. I’m sharing it with you. At least, if my airplane explodes or a roadside bomb goes off, you can ask the CIA,” he said.

He also said the Americans “really do not honor their word.”

President Duterte also blasted the Obama administration for criticizing his anti-drug campaign, when it is now suffering its own drug crisis.

He noted that Obama’s successor Donald Trump took a different tack and praised how the Philippines was handling the problem.

He recalled warning the “loudmouth” Americans that they would someday realize that their drug problem was “one hundred times more serious than what we have.”

“It came to pass. That’s Obama… Now Trump is declaring a national emergency,” he said. /jpv

US Intelligence Community: Duterte is one of threats to democracy in Southeast Asia