Which government is the most transparent in Asia? 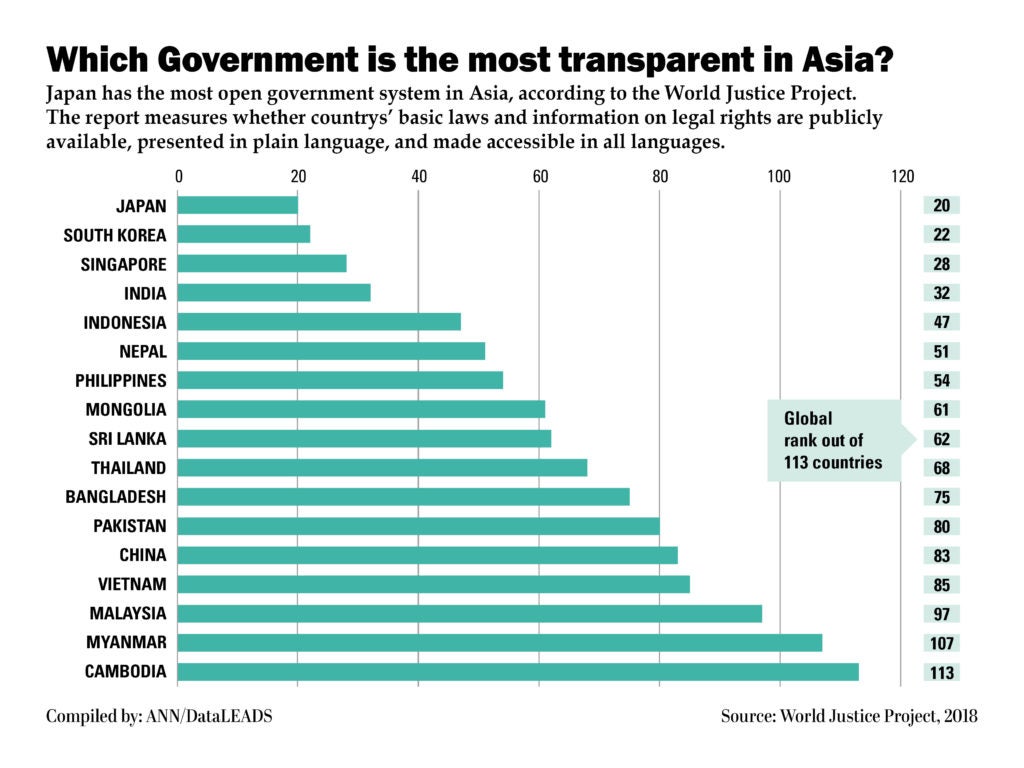 NEW DELHI — Japan has the most open government system in Asia, according to the recently released World Justice Project. The report measures whether country’s basic laws and information on legal rights are publicly available, presented in simple language and if there is civic participation and complaint mechanisms. It also measures if the processes by which the laws are enacted and administered are accessible, fair, and efficient.

According to the World Justice Project none of the Asian countries figure in the list of top ten countries with open and transparent governments. In Asia Japanese citizens feel they have the most open system of government which is accessible with government officials providing relevant assistance readily. Japan is ranked 20th globally followed by South Korea which is ranked 22.

Singapore ranked 28 globally is perceived by its multi ethic citizen community to have a fair government that functions on a robust complaint redressal system granting citizens right to information on the functioning of the government. India ranked globally 32 and fourth country in Asia to have a transparent system. It is followed by Indonesia and Nepal ranked 47 and 51 respectively.

Philippines has seen a decline in government accountability with President Duterte in power and is ranked 54 followed by Mongolia which is ranked 61.

In Sri Lanka, people perceive a decline in the citizens’ participation in government functioning and is ranked 62 followed by Thailand which is ranked 68.

Bangladesh and Pakistan ranked 80 and 83 respectively are perceived to have closed system with minimum public participation and oversight. China is ranked 83 followed by Veitnam ranked 85.

Malaysia is amongst the lowest ranked countries along with Myanmar and Cambodia.