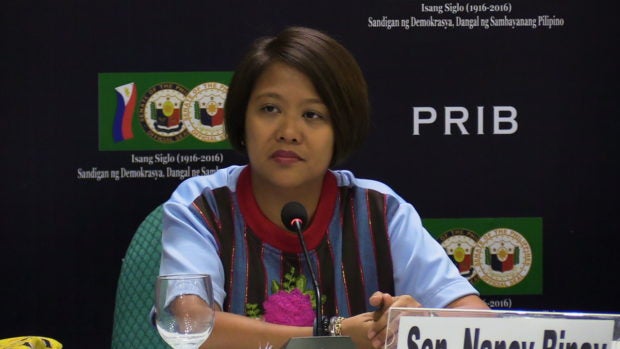 The conviction of the employers of Joanna Demafalis was a big step towards the delivery of justice, Senator Nancy Binay said Monday as she urged the Philippine government to strengthen ties with countries where Filipinos work.

“Though Joanna’s life can never be justifiably compensated, the reported conviction of her employers is a big step towards the delivery of justice,” Binay said in a statement.

“Government must further strengthen the relationships that we have with the host countries (where) our overseas Filipino workers (OFWs) work,” she added.

The senator also stressed that OFWs “should be treated with respect and viewed as a partner in building the economies of their host countries, and not as second-class persons.”

A Kuwaiti court on Sunday sentenced a Lebanese man and his Syrian wife to death by hanging for killing 29-year-old Demafelis, whose body was found in a freezer in Kuwait last February.

Labor Secretary Silvestre Bello III had announced the total deployment ban of workers to Kuwait following the discovery of Demafelis’ body inside the freezer of her employers’ abandoned apartment.

On Monday, Senior Deputy Executive Secretary Menardo Guevarra said the ban “still holds” until an agreement that would ensure protection of OFWs be signed by Kuwait and the Philippines. /je

Pimentel: More needed to be done to ensure OFWs safety

Poe: Keep searching for justice until suspects in Demafelis slay are punished