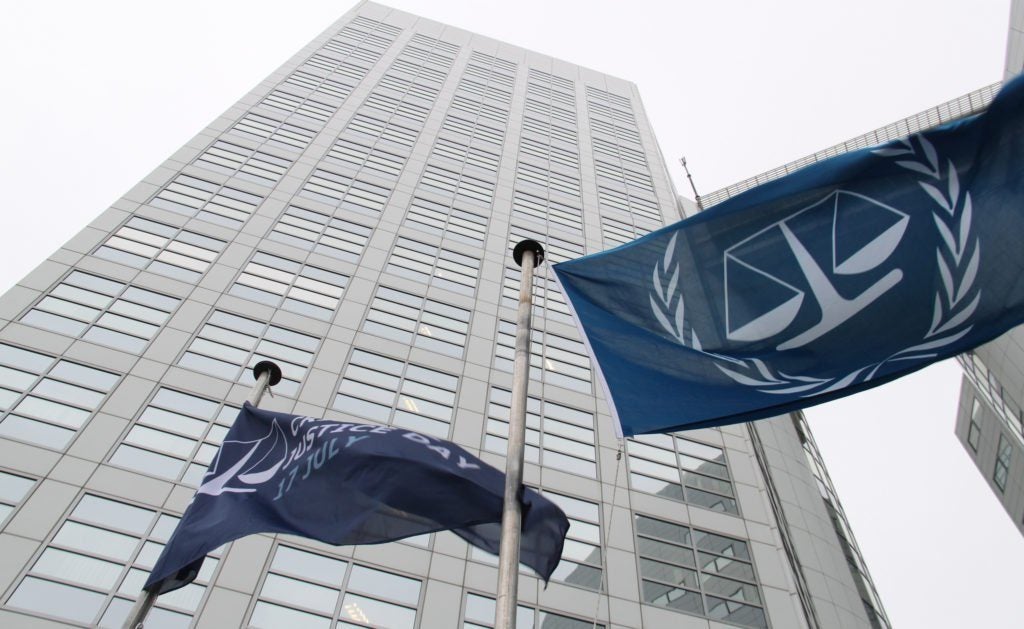 The International Criminal Court (ICC) on Friday urged the Philippines “not to follow through its reported intention to withdraw” from the Rome Statute, the treaty that established the ICC, and warned that quitting the court would have no impact on ongoing proceedings.

The formal notice was sent just two days after Malacañang issued Mr. Duterte’s statement denouncing UN officials for “painting [him] guilty before the eyes of the world … as a ruthless and heartless violator of human rights.”

The move came barely a month after the ICC launched a preliminary examination into thousands of deaths linked to the government’s war on illegal drugs, based on a complaint filed by Jude Sabio, a lawyer for confessed Davao Death Squad hit man Edgar Matobato.

In a Senate hearing last year, Matobato detailed how he had received orders from then Davao City Mayor Duterte to kill criminals in the city.

In Amsterdam, the Netherlands, the president of the ICC’s member assembly said on Friday that he regretted the Philippine decision to withdraw from the court.

Kwon O-gon of South Korea instead encouraged the country to “engage in dialogue” rather than withdrawing, which he said would hurt the court’s efforts to punish war crimes and crimes against humanity.

“The court encourages the Philippines to not follow through with the reported intention to withdraw, as it is an important state party to the Rome Statute, and as such an integral part of the international criminal justice system,” the ICC said in an e-mail to Inquirer.net.

The ICC said Manila’s membership was essential in “strengthening the international rule of law.”

But Malacañang said on Friday that it had no intention of taking back Mr. Duterte’s decision to leave the ICC.  “It’s too late; it’s as if the train has left,” presidential spokesperson Harry Roque said in a radio interview.

At the same time, Roque said, “If the case would proceed, the President would face it.”

While it “fully acknowledges that withdrawing from the Rome Statute is a sovereign decision,” the ICC also warned that “a withdrawal would have no impact on ongoing proceedings.”

ICC Special Prosecutor Fatou Bensouda has begun her preliminary examination of the allegations of crimes against humanity in the Philippines amid the Duterte administration’s war on drugs.

Under Article 127 of the Rome Statute, the withdrawal of the Philippines from the ICC becomes effective one year after the UN secretary general receives the written notice from the state party.

The Philippines ratified the treaty in 2011, which means the court has jurisdiction over crimes within its mandate committed from that year.

Human rights activists and international law experts said Mr. Duterte could not arbitrarily withdraw from the Rome Statute since it was ratified by the Senate.

In a statement, Cayetano had described the withdrawal as a “principled stand against those who politicize and weaponize human rights.”

The President’s critics in Congress and civil society groups had slammed the decision to dump the ICC.

“This would be promoting impunity rather than protecting the people from impunity,” said Jose Manuel Diokno, national president of the Free Legal Assistance Group and dean of De La Salle University College of Law.

“Being a signatory in the ICC, [we have] a safety net when our officials neglect cases of abuse in the country. We have a venue to go to,” Vice President Leni Robredo said.

Despite the President’s decision, “the [Philippine] government affirms its commitment to fight against impunity for atrocity crimes … especially since the Philippines has a national legislation punishing atrocity crimes,” according to the single-page note submitted to the UN secretary general.

In Baguio City, Senate President Aquilino Pimentel III on Friday said the body required constitutional amendments and more oversight powers so it could have a say in the country’s foreign policy “that [should not be] determined by one man.”

“The executive is [led by] just one man. The Senate [is composed of] people’s representatives,” Pimentel said during a regional consultation on Charter change.

The Commission on Human Rights (CHR), meanwhile, called on the government and the public to uphold the rule of law whether or not the country was a member of the ICC.

At the same time, the CHR said, “the rational thing for the government to do is to face the ICC squarely in the interest of respecting due process.”

Part of that process, it added, was to get Senate concurrence to terminate treaties, as an unsigned statement of withdrawal from the President alone was not sufficient for such declaration to take effect. —WITH REPORTS FROM LEILA B. SALAVERRIA, JAYMEE T. GAMIL, VINCENT CABREZA, KIMBERLIE QUITASOL, AND THE WIRES