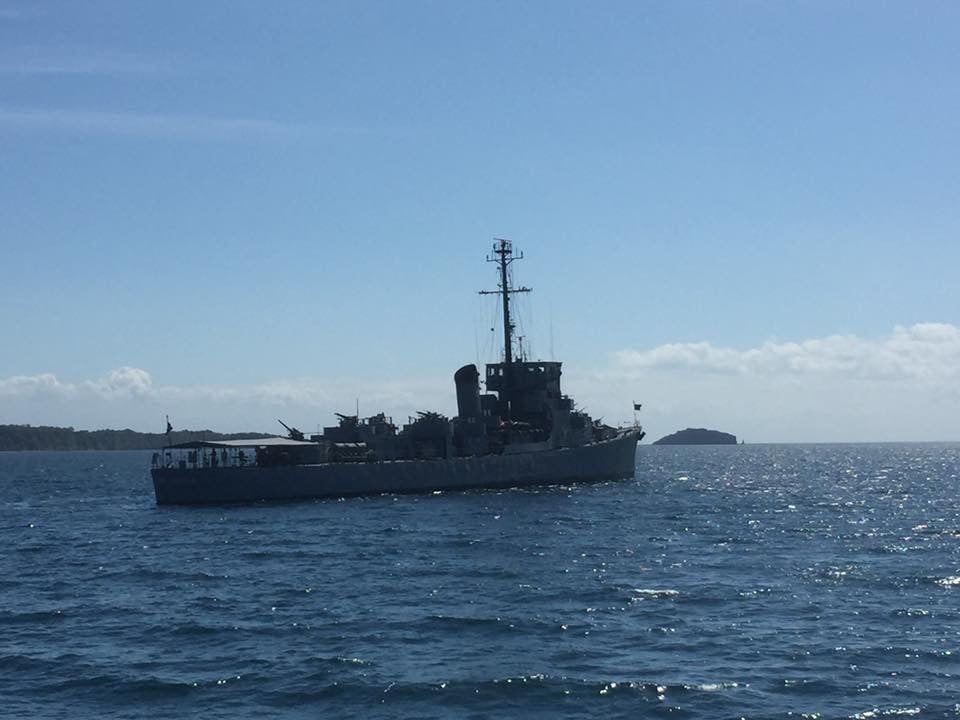 The Philippine Navy’s oldest warship BRP Rajah Humabon (PS-11), which rendered almost four decades of service, was decommissioned on Thursday at a naval base in Sangley Point, Cavite.

The former flagship started its career as the US Navy destroyer escort USS Atherton during World War II, patrolling the Atlantic in the 1940s. It was decommissioned in 1945 and was transferred to the Japanese government as JDS Hatsuhi. It was later sold to the Philippines in 1978 and was commissioned into service in 1980 after undergoing extensive refit in South Korea.

“They turned sentimental because the ship that had given them pride and accomplishments when they served as commanding officers is now going to retire from service,” he told INQUIRER.net.

The PS-11 (former PF-11) served as the Philippine Navy’s flagship from 1980 until the arrival of Del-Pilar class warships from the US in 2011.

Taib said part of BRP Humabon’s notable deployments include ferrying the Philippine contingent of the UN Peacekeeping Force in East Timor in 2000. It also ferried ammunition  at the height of offensives against Moro Islamic Liberation Front in Abubakar in the same year.

In recent years, it also patrolled the Scarborough Shoal (Panatag Shoal) in the West Philippine Sea (South China Sea) amid rising tensions in 2011.

Prior to its retirement, it was operating as a ceremonial ship for welcoming visiting foreign warships in Manila Bay.

BRP Humabon will become a part of the Philippine Navy museum in Sangley in due time, Taib said.

“Visitors could tour around the ship in the future. It has become a part of history with its accomplishments,” he said.

“Because of the modernization program we have to transfer personnel in preparation for incoming vessels,” he said.

Defense Secretary Delfin Lorenzana said it was his directive to “fast track” the decommissioning of vintage ships: “They are old and uneconomical to maintain.”

Among the expected assets of the Philippine Navy include the two controversial first-ever missile capable frigates worth P18 billion, the most expensive Navy modernization project to date. It is expected to be delivered in 2020. /muf/ac