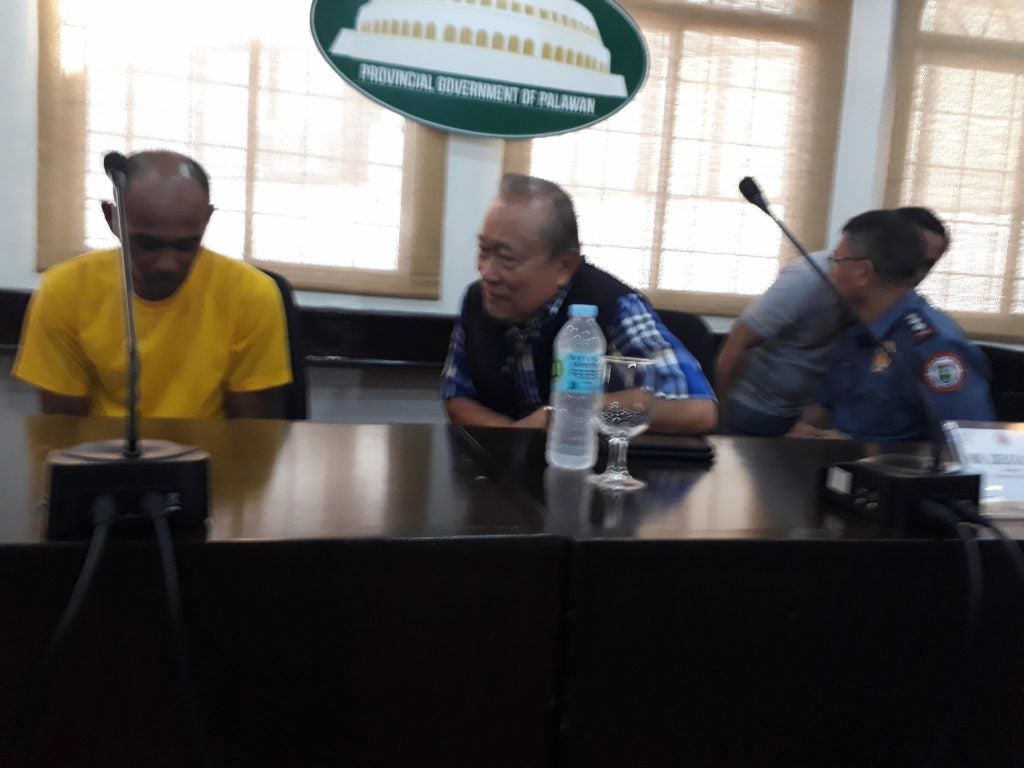 PUERTO PRINCESA CITY–Two Slovakian nationals filed a complaint for rape on Monday against a boatman, who allegedly sexually attacked them while they were on an island off El Nido town, Palawan last week.

The suspect, identified by the El Nido police as Romulo Arnosa, 30, was presented to the media by provincial government officials following his arraignment.

The complaint was filed by the two women tourists before the provincial prosecutor’s office. They were assisted by Palawan Governor Jose Alvarez.

Senior Supt. Gabriel C. Lopez, director of the Palawan police, said the incident occurred on the evening of March 6 in Cadlao Island off the town proper of El Nido, where the two women, accompanied by two male companions, had planned to spend a night camp.

Citing investigations done by the El Nido police, Lopez said the two women were sleeping inside their tents when Arnosa allegedly attacked and molested them while their male companions had left for town to purchase some supplies.

Arnosa denied the charge when he was presented to the media, claiming that the two women had seduced him while being drunk and naked outside their tent. He declined to give further details to his statement.

Lawyer Mary Joy Cascara of the provincial prosecutor’s office said the women complainants have already testified and were cross-examined by a counsel for Arnosa by the Public Attorney’s Office.

The case was expected to proceed to trial.

Meanwhile, Alvarez warned local officials of El Nido that a repeat of the incident would compel him to impose sanctions.

“This should never happen. I want to talk to the LGUs again and make sure that they are doing something to avoid a repeat of this incident,” he said.