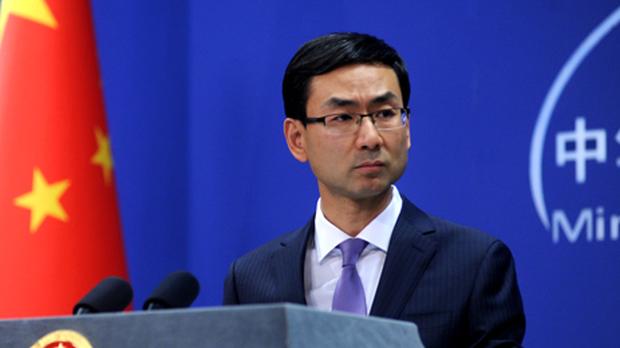 Geng Shuang, spokesman of the Ministry of Foreign Affairs of China (Photo from the ministry website)

China will not ask the Philippines to use its natural resources as collateral for a multimillion-dollar loan, saying that its assistance to Manila comes with “no strings attached.”

“China has never asked and will never ask relevant countries to use natural resources as collateral in loan agreements,” Chinese Foreign Ministry spokesperson Geng Shuang said in a conference on Friday. “In this vein, our assistance and support to the Philippines are provided with no strings attached.”

Geng was responding to a Chinese scholar’s view about the loan.

In a report by state-owned Global Times, Zhuang Guotu, head of Xiamen University’s Southeast Asian Studies Center, said: “The loans are usually accompanied by repayment agreements, which use certain natural resources as collateral.”

The report raised concerns that the Duterte administration would “mortgage” Philippine natural resources to fund its massive infrastructure projects.

Geng said Zhuang “only represents himself, not the official stance of the Chinese government.”

“The Chinese government and financial institutions have also provided financing support to the Philippines, including preferential buyer’s credits and assisted the Philippines in issuing the panda bonds, which effectively ensured the implementation of relevant projects,” he said.

According to the Philippine government, the issues and concerns with China are raised through a bilateral consultative meeting (BCM).

The two countries described the last BCM as “positive, fruitful and productive.” /atm