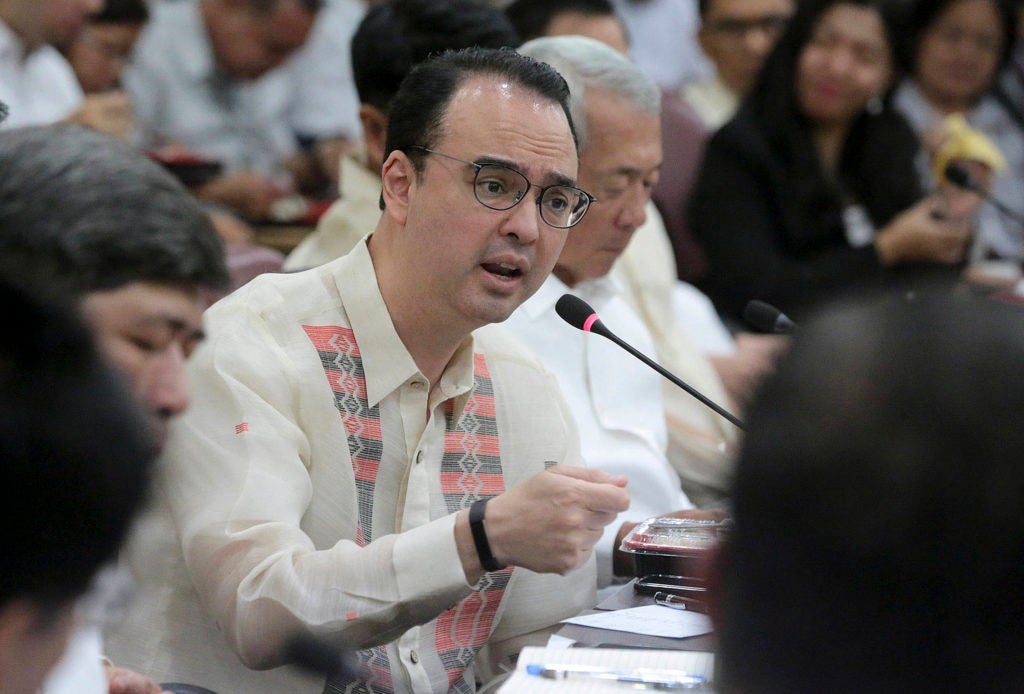 Malacañang and the Department of Foreign Affairs on Saturday hit back at the UN human rights chief, saying his statement that President Rodrigo Duterte needed a psychiatric examination was an insult to a democratically elected leader and his country.

Zeid’s comments came after the Department of Justice (DOJ) last week submitted a list of more than 600 Filipinos allegedly engaged in terrorism along with a petition in the Manila Regional Trial Court to declare the Communist Party of the Philippines (CPP) and its armed wing, the New People’s Army (NPA), terrorists organizations.

“The Philippines takes grave exception to the irresponsible and disrespectful comments of the UN high commissioner for human rights that cast untoward aspersions regarding the President of the Republic of the Philippines,” Foreign Secretary Alan Peter Cayetano said.

“Such language directed against a democratically elected head of a UN member-country is uncalled for, and is of course an affront on the sovereignty of the Republic of the Philippines,” said Roque in a press briefing in Alimodian, Iloilo province.

The DOJ list included Victoria Tauli-Corpuz, appointed in 2014 as UN special rapporteur on the rights of indigenous peoples, who was identified as a senior member of the communist rebel group.

Corpuz called her inclusion in the list “baseless, malicious and irresponsible.”

“He needs to submit himself to some sort of psychiatric examination,” Zeid said in reaction to Corpuz’s terrorist tag. “These attacks cannot go unanswered, the UN human rights council must take a position.”

Cayetano said the Philippines was bothered by “the manner in which a ranking UN human rights official can overstep his mandate and insult leaders of member-states without first giving them due process.”

“This could set a dangerous precedent that the council would have to immediately address as otherwise member-states could also fall victim to those who seek to politicize and weaponize human rights to undermine legitimate governments,” he said.

Cayetano said the UN human rights chief “may not be aware of it but he is being used in a well-orchestrated effort to destabilize a legitimate government … by parties with self-serving agendas.”

Human rights groups said the terrorist-tagging of more than 600 Filipinos, including about two dozen known communist rebel leaders and their consultants in peace negotiations, was part of a crackdown that Mr. Duterte had warned he would launch following the collapse of the talks last year.

Roque said Corpuz’s inclusion in the list was based on intelligence information about her alleged connection to the CPP-NPA.

“In any case, we are a civilized country in the Philippines, we will accord Ms Corpuz the right to be heard, inherent due process rights,” Roque said.

He suggested that the UN’s rapporteur system should fine-tune its selection process “to ensure that individuals identified with terrorist groups are not given any mandate by the UN Human Rights Council.”

Mr. Duterte, known for his profanity-laced speeches, has repeatedly insulted the UN special rapporteur on extrajudicial killings, Agnes Callamard, who Manila has accused of bias because of her criticism of his bloody war on drugs.

He once said he would slap her if she investigated him.

He also mocked her for being “thin” and malnourished, and called International Criminal Court prosecutor Fatou Bensouda  “that black woman.” Bensouda has initiated a preliminary examination of a complaint of crimes against humanity filed against Mr. Duterte.

“Don’t fuck with me, girls,” he said in remarks before local executives on Wednesday.

He also had insulted and hurled expletives at foreign leaders who raised concerns about human rights violations in his antinarcotics campaign.

He called the United Nations “stupid” and “inutile” after then UN Secretary General Ban Ki-moon condemned his apparent support for extrajudicial killings when he said corrupt journalists were legitimate targets for assasssination.

“If you are that disrespectful, son of a bitch, then I will just leave you,” he said in June 2016.

Two months later, he called US Ambassador Philip Goldberg “gay” and a “son of a whore” for saying during the election campaign that he was disappointed that Mr. Duterte had joked about the rape of an Australian missionary in 1989.

He told Filipino reporters covering the Association of Southeast Asian Nations summit in Laos in September 2016 he would not accept questions from then US President Barack Obama about extrajudicial killings.

“You must be respectful. Do not just throw questions. [Son of a bitch], I will swear at you in that forum,” Duterte said. —With a report from Inquirer Research