Despite rights issues, US to share assets, intel with PH to combat IS | Global News

Despite rights issues, US to share assets, intel with PH to combat IS 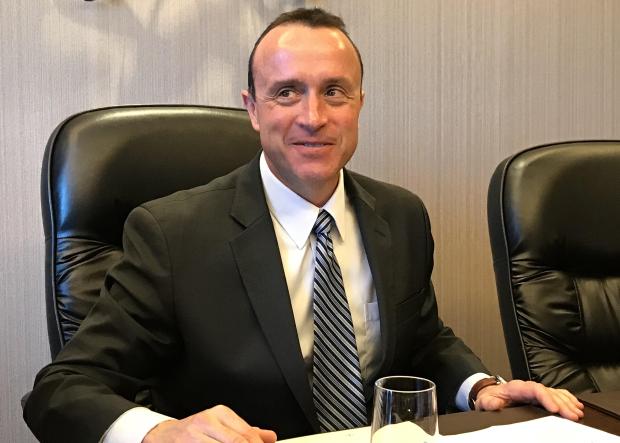 The United States has reiterated its commitment and support for the Philippines in defeating the Islamic State (IS), an international terror group also referred to the Islamic State Iraq and Syria (ISIS) and its sympathizers in the country.

A senior official of the US Department of Homeland Security (DHS) said the US would provide the Philippines assets it would request despite global concern on the human rights situation and rule of law in the country.

In fighting IS, David J. Glawe, DHS undersecretary for intelligence and analysis, said the Philippines would receive multi-faceted support and partnership from the US government.

“You can expect a hundred percent of the assets of the US government that the Philippines would request,” Glawe told reporters in an interview on Friday. “We are committed to our partnership and friendship with the Philippines in our global fight against ISIS and Al-Qaeda.”

They discussed issues of “mutual concerns” in the areas of drug enforcement, child trafficking, global terrorism and transnational crimes.

US Department of State recently tagged the Maute Group, which was behind the Marawi siege, as “ISIS-Philippines” and designated them as foreign terrorist organization.

Glawe said the US and the Philippines had been sharing information “back and forth” that would help address airline safety issues and passenger information.

“We know ISIS and Al-Qaeda continue to target aviation and the worse thing that could happen is if we had a successful attack on an airliner,” he said.

He said the two countries are cooperating to address the vulnerabilities in the aviation security.

But the partnership between Manila and Washington, according to Glawe, is hinged on the rule of law and the humane treatment of people.

Asked if the US was concerned that the Philippine government would use American assets in its bloody war on drugs, the undersecretary said the rule of law is of utmost important.

“When we partner with countries we also partner in the rule of law and humane treatment of people and that’s the benchmark of US law enforcement,” he said.

Duterte stopped a multimillion helicopter deal with Canada after the latter ordered it reviewed amid concerns about the rights situation in the Philippines.

The Canadian government said it would not allow Bell to sell 16 helicopters, which were intended for humanitarian missions, to Manila if these would be used by soldiers “to kill other Filipinos.“

The British government came under fire for reportedly selling spyware to the Philippines despite Duterte’s brutal war on drugs.

The Guardian posted on its website a story about the issue written by Hannah Ellis-Petersen: “Britain sold spying gear to Philippines despite Duterte’s brutal drugs war.”

The vetting process under the Leahy law of the US prohibits the State and Defense Departments from providing military assistance to foreign security forces that has committed gross violation of human rights.

When IS-inspired groups attacked Mindanao, Washington extended its support to the Philippines by providing counter-terror weapons to Philippine soldiers. The US also pledged aid in the rehabilitation of the war-torn Marawi City.