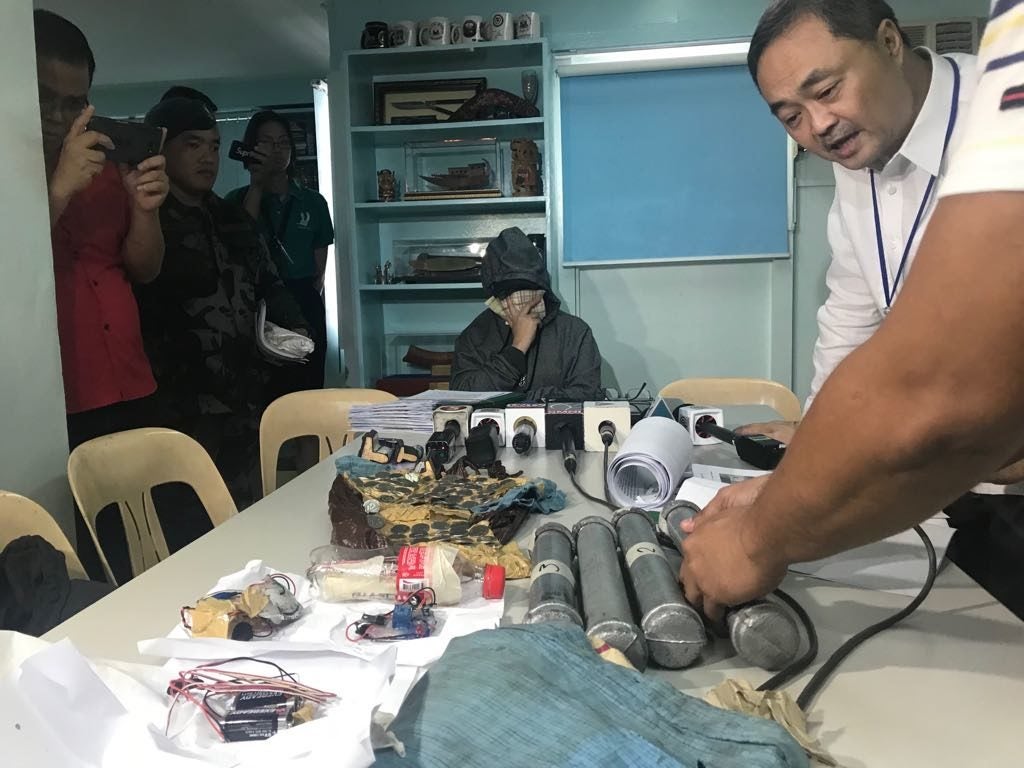 The Department of Justice (DOJ) has submitted for resolution the criminal case filed against Tunisian national suspected of being an ISIS recruiter and his Filipina partner.

Both Fehmi Lassqued and his live-in partner Anabel Salipada submitted their separate counter-affidavits denying the allegations of violation of Republic Act 10591 and RA 9516, laws on illegal possession of firearms and explosives.

Lassqued said contrary to the claims of the police and military, he was not arrested in Ermita, Manila but at Ayala Triangle on Feb. 16 while he was taking his cigarette break from his Spanish class.

He said all the evidence presented including the bomb components were not his.

“Even if the subject gun, ammunitions and other items will be subjected to finger print examinations, my marks cannot be found there because I never touched it, held it or possessed it,” Lassqued said.

Lassqued said his picture with the supposed explosives and ammunitions were taken at a hotel a day after his arrest.

Salipada, on the other hand, said that the authorities presented a search warrant when they came by their house. However, she was ushered out when the police and military entered their house in Manila. After the search, she said she was arrested.

The police and the military opted not to submit any more reply from the counter-affidavit. Senior State Prosecutor Peter Ong said the complaint has been submitted for resolution. /je