Senator Manny Pacquiao turned emotional on Wednesday as he urged Labor Secretary Silvestre Bello III to prioritize the safety and welfare of overseas Filipino workers (OFWs) who are being abused by heartless employers. 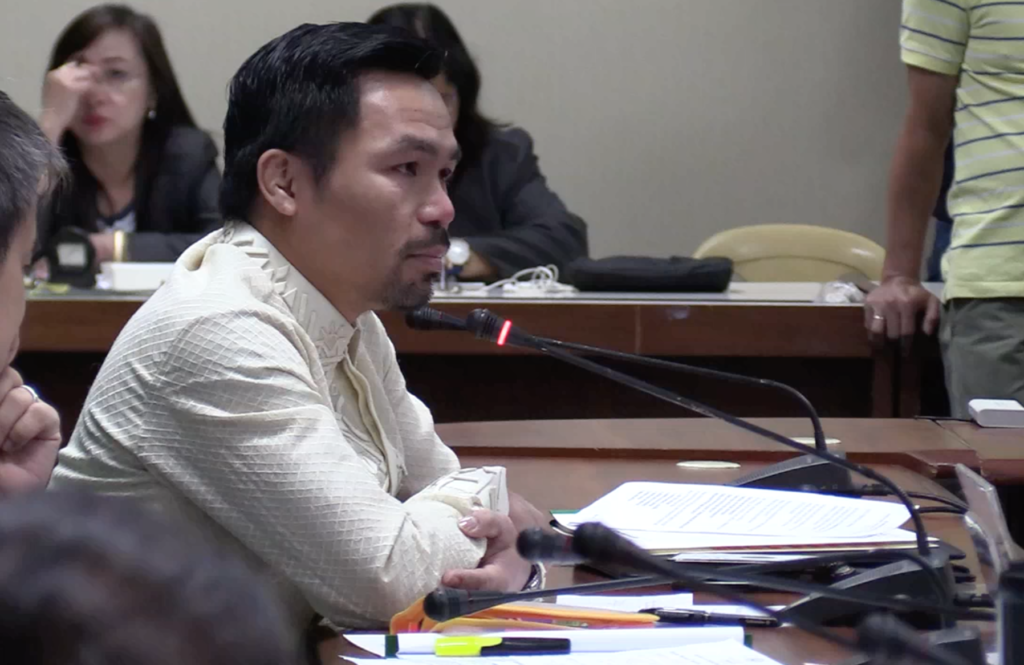 Despite this, the senator, who earlier filed a resolution to investigate the recent deaths of OFWs, expressed hopes that Bello and other labor officials would extend their services to OFWs.

Pacquiao also urged Bello against lifting the total deployment ban of workers in Kuwait, until its government agrees to sign the memorandum of understanding to protect Filipino workers there.

Two weeks ago, Filipina worker Joanna Demafelis’ body was found inside a freezer in an abandoned apartment in Kuwait.

On Feb. 17, the remains of Demafelis, who left the country in 2014 to work as a domestic helper for her Lebanese employers in the Arab country, were flown home.

Her death prompted President Rodrigo Duterte to impose a total deployment ban of OFWs to Kuwait.