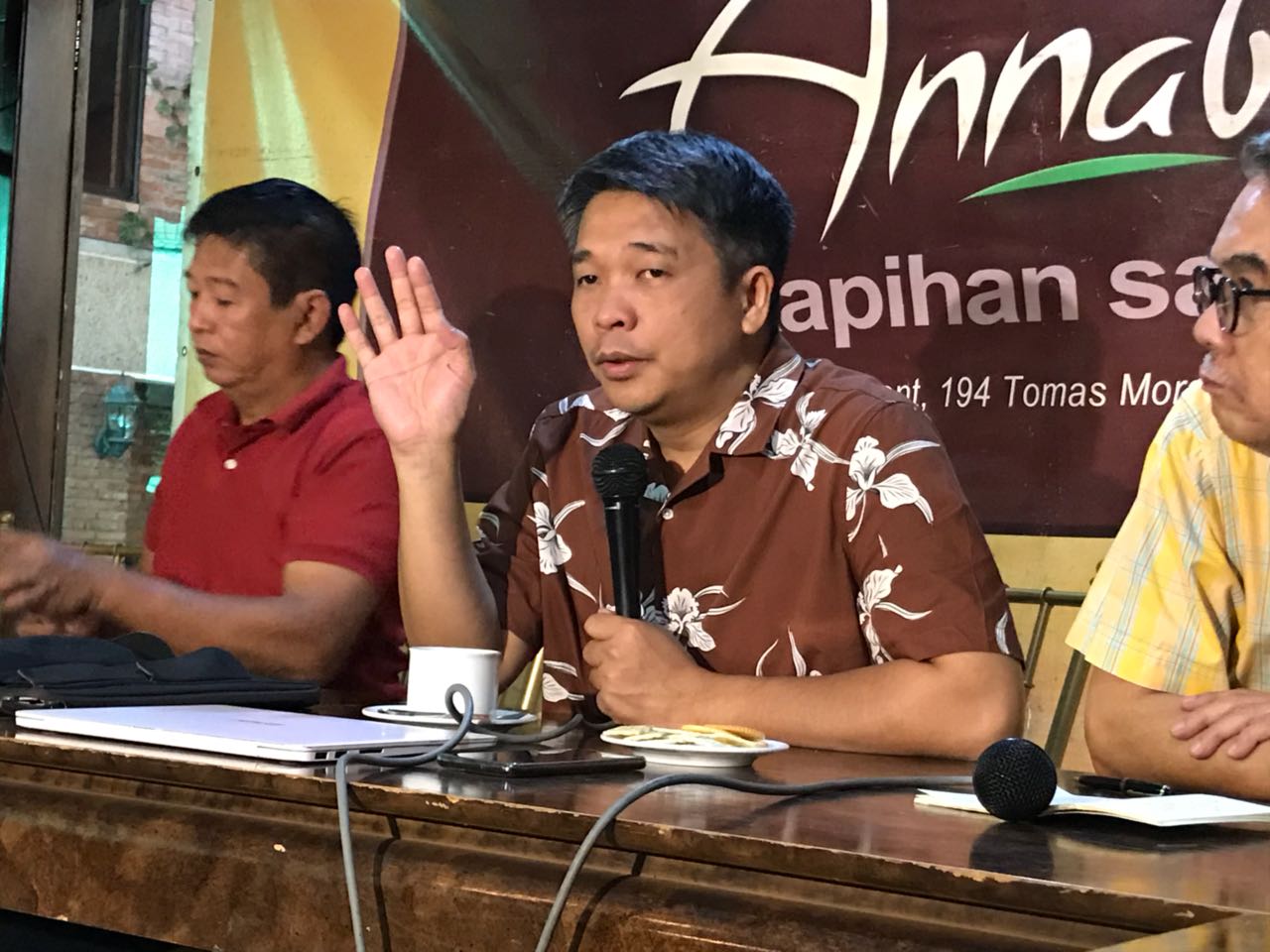 Lawyer Jay Batongbacal, director of the University of the Philippines Institute of Maritime Affairs and Law of the Sea. INQUIRER.net / Julius Leonen

The Philippine government should treat China as an “equal” instead of being “extremely soft and friendly” in order to protect its long-term interests in the disputed South China Sea, a maritime expert said on Saturday.

“The government seems to be trading its advantages too soon. It’s just too much, too soon, and I don’t think it’s wise,” said lawyer Jay Batongbacal, director of the University of the Philippines (UP) Institute of Maritime Affairs and Law of the Sea.

“China is clearly gaining so much from our softness on these issues,” Batongbacal said in a news forum.

While it was right that the Philippine government to try to improve relations with China, Batongbacal said “it should not come at the cost of our own long term interests.”

“That is what I’m, worried about, that our long-term interests are not being adequately protected (by being) extremely soft and friendly,” the maritime expert said.

Moreover, Batongbacal said that even if China reiterates its “commitment” not to reclaim more islands in the South China Sea, it would only appear futile as the country was nearly done in its bid to militarize the disputed waters.

“The commitment not to continue reclamation is actually not good enough, because they have reclaimed so much already,” the maritime expert said.

Batongbacal noted that it was Chinese President Xi Jinping who issued a statement in 2016 that they will not militarize the area.

“The facilities they’re building are admittedly military in nature. This, despite the statement of President Xi Jinping two years ago that they will not militarize the area,” Batongbacal recalled.

“Even the (Philippine) government now describes it as militarization. It doesn’t shy away from that, and they just say that we’ve known that they were militarizing it ever since, and that is strange,” he said. /jpv

READ: ‘What do they want us to do?’ Palace defends admin over China buildup on reef