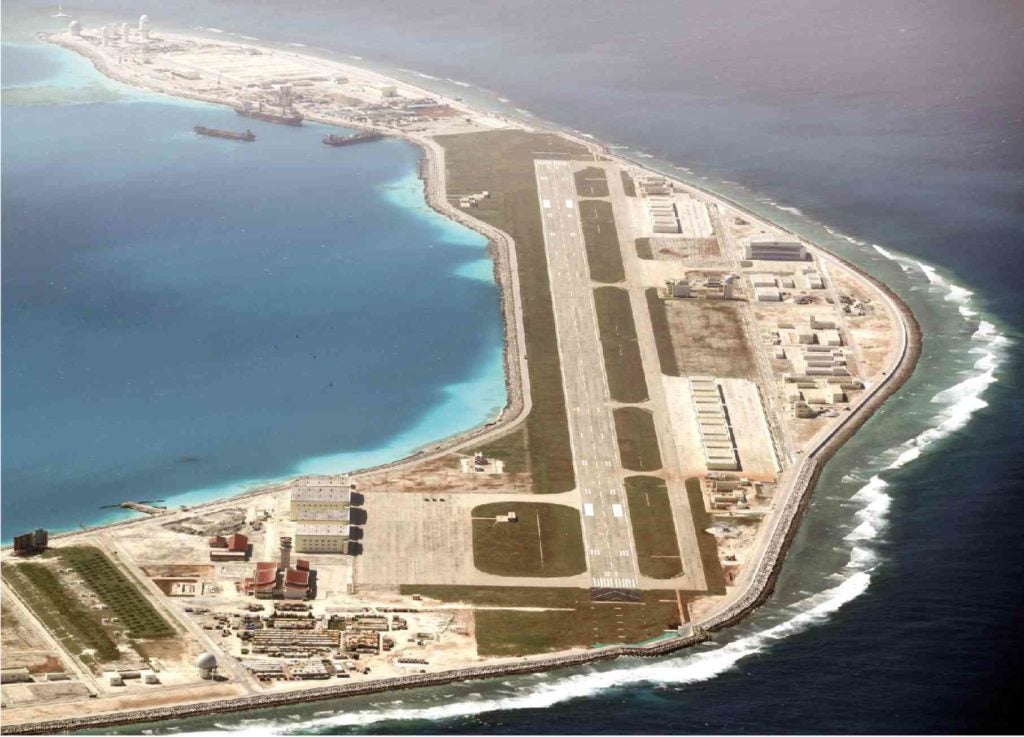 China has assured the Philippines that it would refrain from conducting any activities on uninhabited areas in the West Philippine Sea, Foreign Secretary Alan Peter Cayetano said on Friday.

Cayetano said the country had also made “gains” in its territorial dispute with China despite the latter’s transformation of three of seven Philippine-claimed reefs it had seized since 2007 into facilities that could accept fighter aircraft and naval vessels.

Beijing made the “no-build” commitment during a recent “no-holds-barred” Bilateral Consultative Meeting (BCM) in Manila between ranking diplomats from both countries last Feb. 13, he said.

“There’s a commitment (made) by China and all other parties not to build on uninhabited sea features in accordance with the (proposed) declaration of the conduct in the South China Sea,” Cayetano told a press briefing.

He said the gains included Filipino fishermen’s access to Panatag (Scarborough) Shoal, which China seized in 2012, and the setting up of measures to protect the marine ecosystem in the disputed sea.

“Let me note that our fishermen are back exercising their livelihood in (Panatag Shoal), and, overall, the situation in the greater South China Sea has become stable than in past years,” the country’s top diplomat said.

Contrary to public perception, Cayetano said Manila had been actively bringing up the issues regarding Beijing’s aggressive militarization in the South China Sea and its construction of artificial islands.

“Just because we’re not announcing diplomatic actions (on the West Philippine Sea issue),” Cayetano said, “doesn’t mean we’re not taking it … We’re putting on record what has to be put on record.”

The Philippines was represented in the meeting by Foreign Undersecretary for Policy Enrique Manalo while its Chinese counterpart was led by Vice Foreign Minister Kong Xuanyou.

Cayetano said the meeting was important to the country because it tackled “parts of the arbitration award,” referring to Manila’s landmark victory against Beijing in the Permanent Court of Arbitration in The Hague in 2016.

The meeting was held a week after the Inquirer and INQUIRER.

net made public recent photos of China’s construction of military facilities in seven Philippine-claimed islands in the West Philippine Sea, a move seen by security experts as part of Beijing’s efforts to toughen its military muscle in the sea region.

It also coincided with the routine mission of the American warship USS Carl Vinson in the South China Sea, the disputed waterway through which some $5 trillion in trade passes each year.

Cayetano praised the bilateral meeting’s mechanism as an “important step toward resolving ongoing disputes between Manila and Beijing.”

“This (bilateral consultation) mechanism is here to strengthen the momentum of cooperation in matters of common interest, such as marine environmental protection, coordination between Coast Guards, and the protection of our fishermen, as well as the possibility of joint exploration,” he said.

President Duterte, who previously promised to ride a Jet Ski and plant a Philippine flag in the Spratlys to emphasize his commitment in protecting the country’s territory, has softened the Philippines’ stance against China in exchange for over $24 billion in loans and investment commitments.

At the same time, the foreign secretary said the Philippines has been “pursuing aggressively” possible joint exploration activities with China in areas in the West Philippine  Sea which both countries had contrasting ownership claims.

“We are pursuing it aggressively because we need it,” Cayetano said. “It will serve no one good if we don’t explore and eventually develop (the disputed areas).”

He said it would be useless to discuss possible joint development activities with China if the Philippines had no idea what resources could be harvested in a particular area.

Beijing and Manila would soon form their respective “working group” to discuss the parameters of the possible joint exploration agreement, according to Cayetano.

“We will find a legal framework, if it’s possible under the Constitution, that will allow joint exploration,” he said.

“We are consulting international legal experts. Whatever we do, it’s not only in accordance with the Constitution, but also the Unclos (United Nations Convention on the Law of the Sea),” he stressed.