US carrier entitled to freedom of navigation, says Palace 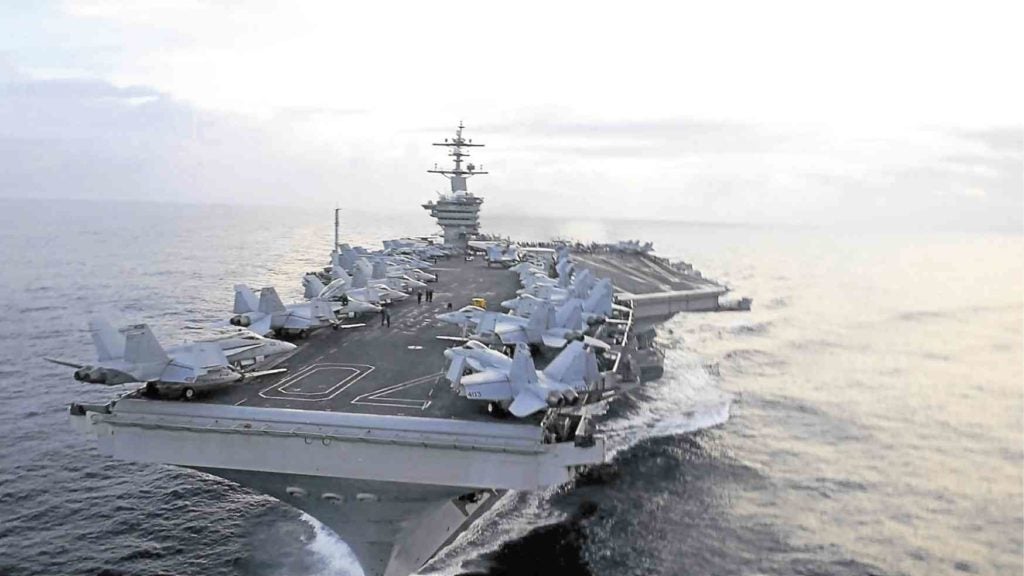 Malacañang on Friday said that like any country, the United States was “entitled to freedom of navigation” in the South China Sea, as it commented on the port call of the US aircraft carrier, USS Carl Vinson, in Manila.

At the same time, presidential spokesperson Harry Roque expressed hopes that the carrier’s voyage to the disputed waterway would not lead to any conflict.

“All vessels, including aircraft carriers, are entitled to freedom of navigation in the [West Philippine Sea, the part of the South China Sea within the country’s 370-kilometer exclusive economic zone],” Roque said in a statement.

“We hope there will be no untoward incident on the occasion of the visit of USS Carl Vinson in our region,” he added.

Amid concerns that the US warship’s visit could cause tension with China, he said the Philippines was seeking closer ties with all countries.

“Everybody is a friend of the Philippines. We have no enemies,” he said in a separate interview.

The USS Carl Vinson sailed through the waters extensively claimed by China in what US officials described as a routine mission.

Its visit comes amid Beijing’s aggressive island building and construction of military facilities in the waterway, as well as the warming ties between Manila and Beijing, largely due to President Duterte’s efforts to cultivate China’s friendship.

Philippine government and military officials were flown to the ship for a tour.