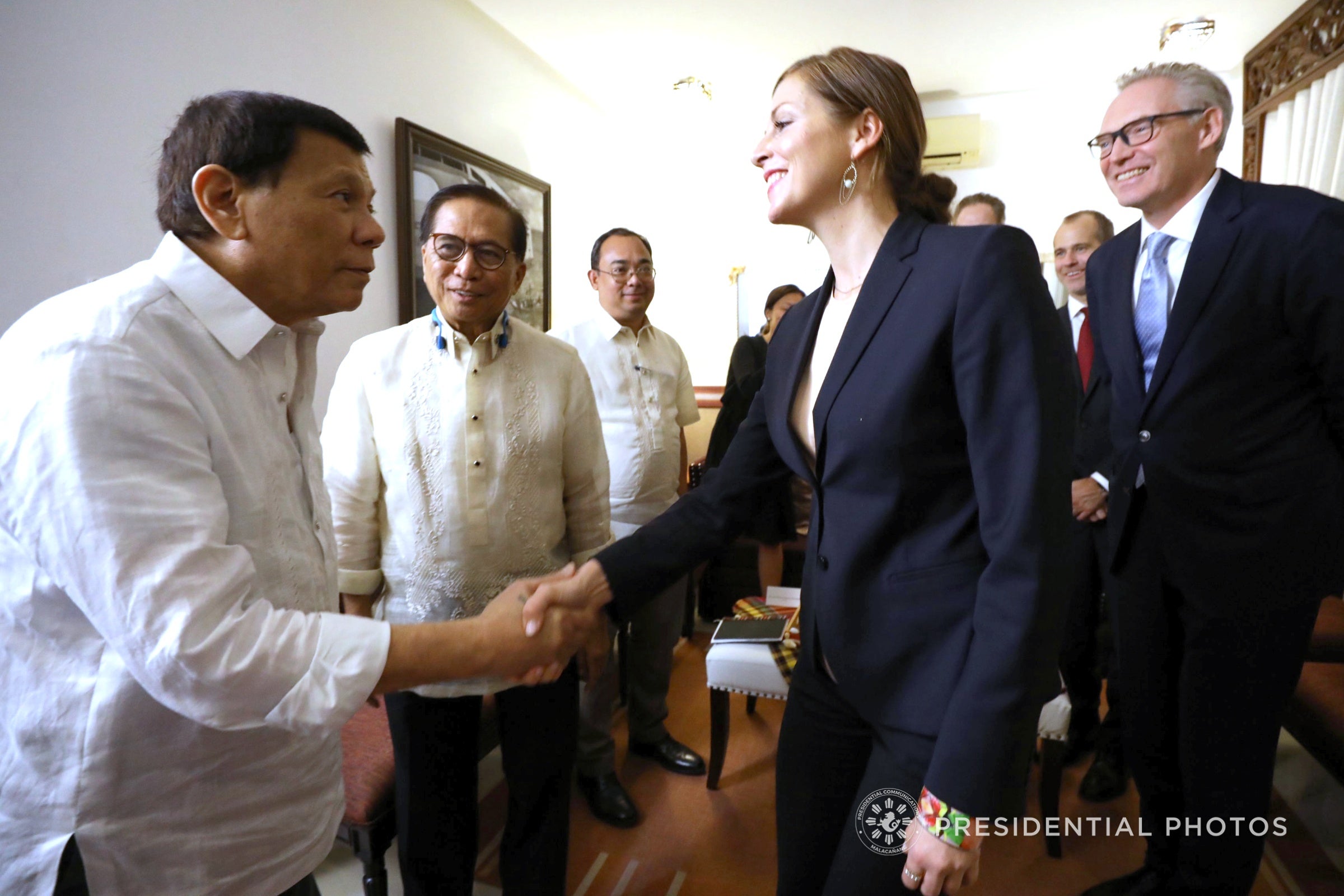 President Rodrigo Duterte welcomes Norwegian Special Envoy to the Peace Process Between the Government of the Philippines and the National Democratic Front of the Philippines Idun Tvedt as the latter paid a courtesy call on the President at the Presidential Guest House in Davao City on February 15, 2018. Also in the photo are Presidential Adviser on the Peace Process Jesus Dureza. KARL NORMAN ALONZO/PRESIDENTIAL PHOTO

The Philippine government remains committed to achieving lasting peace in the country despite the collapse of the peace talks with the communist rebels.

President Rodrigo Duterte made this commitment during his meeting on Thursday night with Idun Tvedt, Norwegian special envoy for the peace process between the Philippine government and the National Democratic Front of the Philippines (NDFP).

“The discussions during the courtesy call of the special envoy from Norway may be described as warm and open,” Presidential Spokesperson Harry Roque said in a statement on Friday.

Roque said Tvedt “reiterated the commitment of the Norwegian government to assist the Philippines in its peace process” with the communist rebels.

Duterte, Roque said, “welcomed Norway’s expression of commitment and stressed that the goal of peace must be achieved with due regard for the national interest of the Philippines.”

“The President stressed that the Philippines is committed to peace,” he said.

Roque said Tvedt and Norwegian Ambassador to Manila Erik Forner both described the meeting, which lasted for more than an hour, as ”productive.” /jpv

Duterte may yet backtrack on peace talks