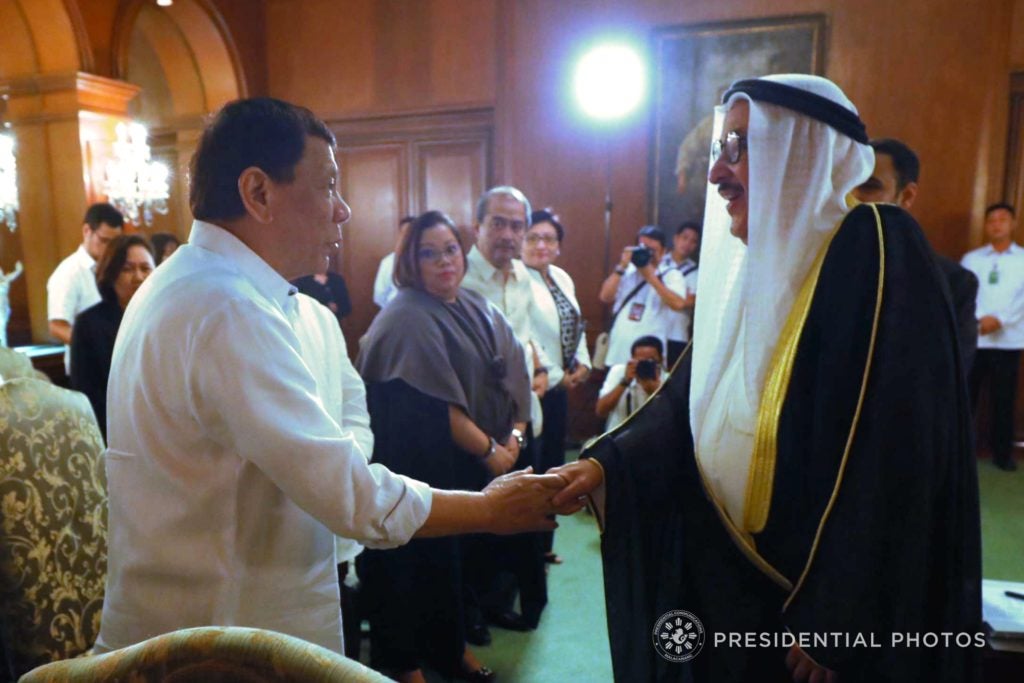 President Duterte will visit Kuwait “any day” soon to see for himself the situation of Filipinos working in the oil-rich kingdom, Malacañang said on Thursday.

Presidential spokesperson Harry Roque said Kuwait’s Ambassador to the Philippines Musaed Saleh Althwaikh may have formally invited the President to his country when they met at the Palace on Wednesday.

“Any day now, I will be leaving for Kuwait. The ambassador was here. I was angry about the four Filipinas whom they raped,” Mr. Duterte said.

The President made his statement as the body of a Filipino woman was reportedly found inside a freezer in Kuwait City on Wednesday.

The body, believed to have been kept in the freezer for over a year, bore torture marks, according to a report in the Arab Times.

Asked if the latest death  would force the President to bring home Filipinos from Kuwait, Roque said: “I do not know quite frankly because this is the first time I’m hearing about it.”

The Department of Labor and Employment suspended the deployment of overseas Filipino workers  to Kuwait on Jan. 19 after Mr. Duterte ordered a ban following the deaths of seven OFWs there.—PHILIP C. TUBEZA