One of South Korea’s most wanted fugitives, tagged in a $100-million large-scale fraud scheme, has been arrested in the Philippines, the Bureau of Immigration (BI) announced on Thursday.

Chun Tae Joon, 53, fled to Manila after he was ordered arrested in 2005 for swindling 10,000 persons of more than $100 million in a construction investment scam, BI Fugitive Search Unit (FSU) Chief Bobby Raquepo disclosed. 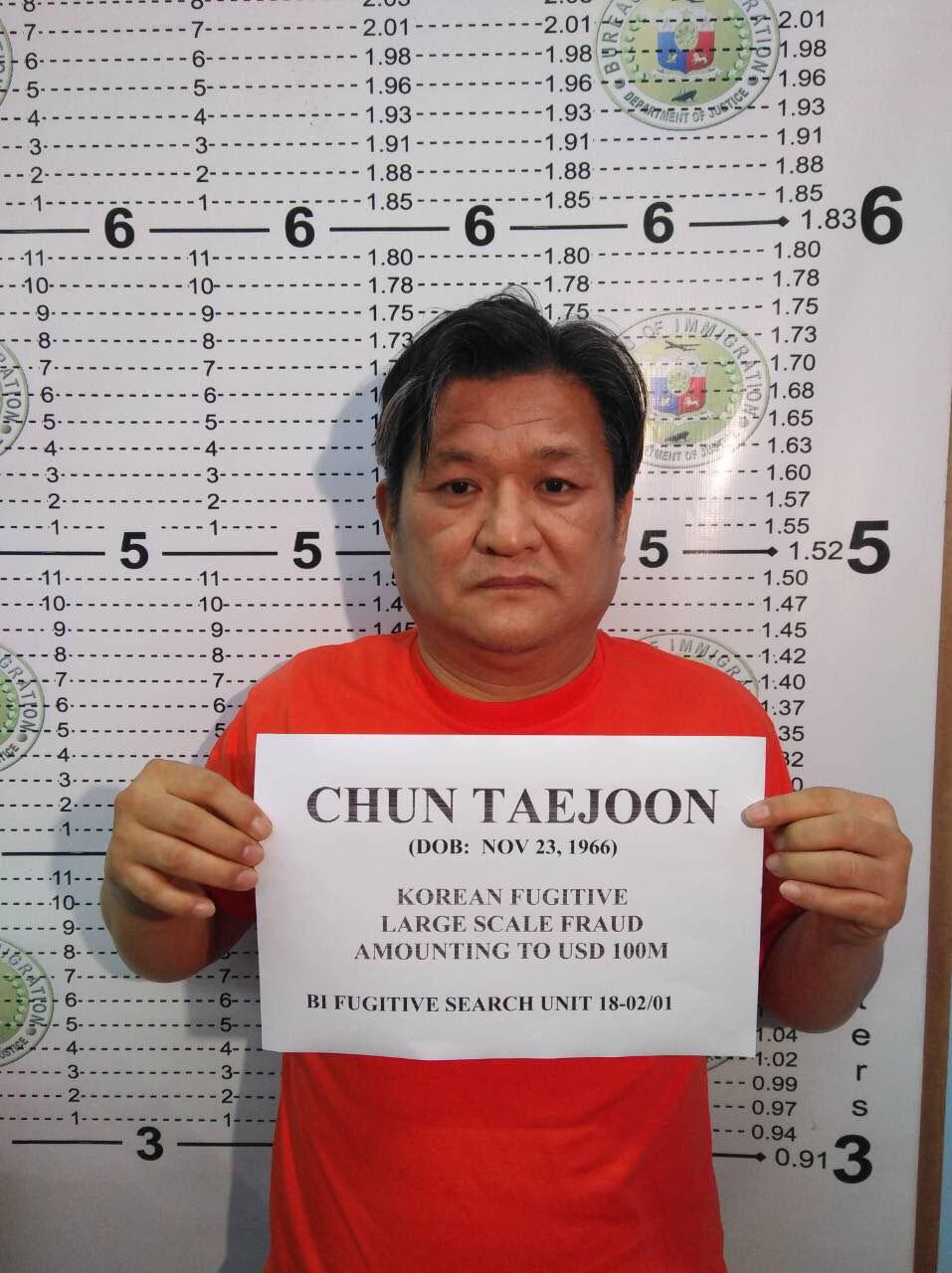 Photo courtesy of the Bureau of Immigration

“(Chun’s) victims were promised big returns that they were enticed to invest their money in a non-existent construction project,” Raquepo said in a statement.

BI Fugitive Search Unit (FSU) agents collared Chun, who evaded arrest for 12 years, along Kalayaan Avenue in Diliman, Quezon City on Tuesday, following a tip from informants on his whereabouts.

Chun was also deemed an undocumented alien after his passport expired in 2009. The fugitive was ordered expelled from the country in 2015, BI commissioner Jaime Morente said.

“Chun, who hid in the country for almost 13 years, (is) a high profile fugitive as no less than the Korean embassy had reported that the latter is listed on top of the order of battle of authorities in Seoul,” Morente said.

As of posting, the Korean fugitive is detained at the BI Warden Facility in Bicutan, Taguig City while awaiting deportation.  /kga