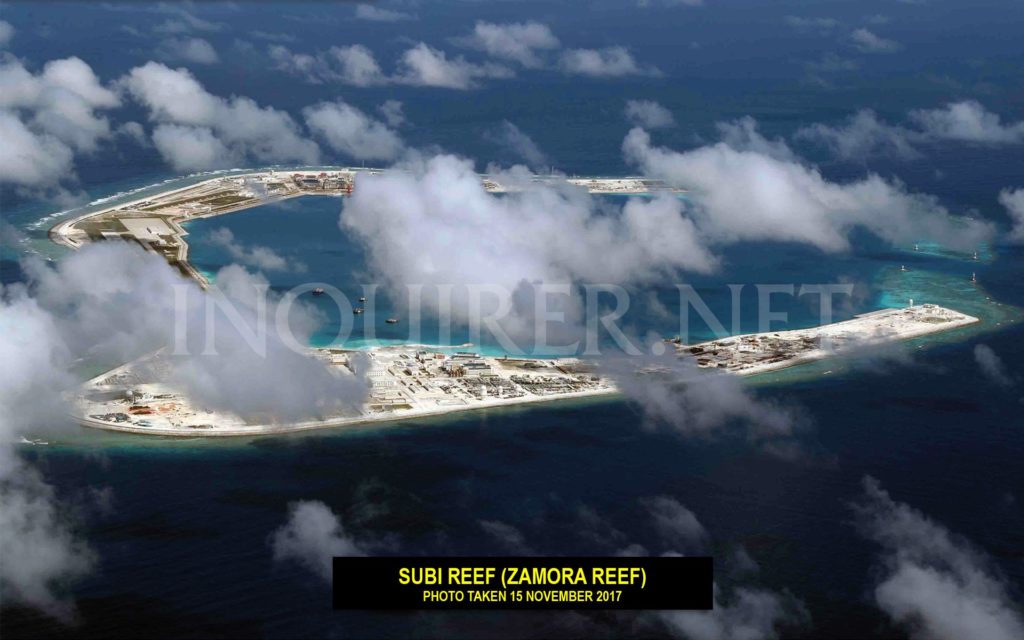 Stepping up its militarization of the South China Sea, Beijing has built a 3.1-kilometer runway on Zamora Reef in the Spratly archipelago. Similar runways have also been constructed on two other artificial islands. INQUIRER.NET

A Chinese expert said that China’s islands in the South China Sea would be “expanded” later through more dredging and insisted that the facilities on its artificial islands were focused on civilian purposes.

Chen’s comments came after the Inquirer published aerial photographs of China’s militarization of its seven artificial islands in the South China Sea.

The expert reportedly observed that there was “domestic pressure” on President Rodrigo Duterte to take a “tough stance” on China and South China Sea issue.

The Philippine government has drawn flak for its supposed defeatist stance on China’s militarization in the strategic waterway, and had been prodded to take a tougher stance on the issue.

Presidential spokesman Harry Roque downplayed the reported militarization stating, “What do you want us to do? All that we could do is extract a promise from China not to reclaim new artificial islands.”

Zhuang Guotu, head of Xiamen University’s Southeast Asian Studies Center, said “China has the right to build whatever it needs within its territory.”

He also said that the military assets in the waterway were “not for military expansion” but for defense purposes.

Both the experts agreed that US was “the biggest threat to stability in the South China Sea.”

“The US, Australia, Japan and other allies will constantly provoke China over this issue and that will incite other neighboring South China Sea countries to do the same,” Zhuang said. /cbb