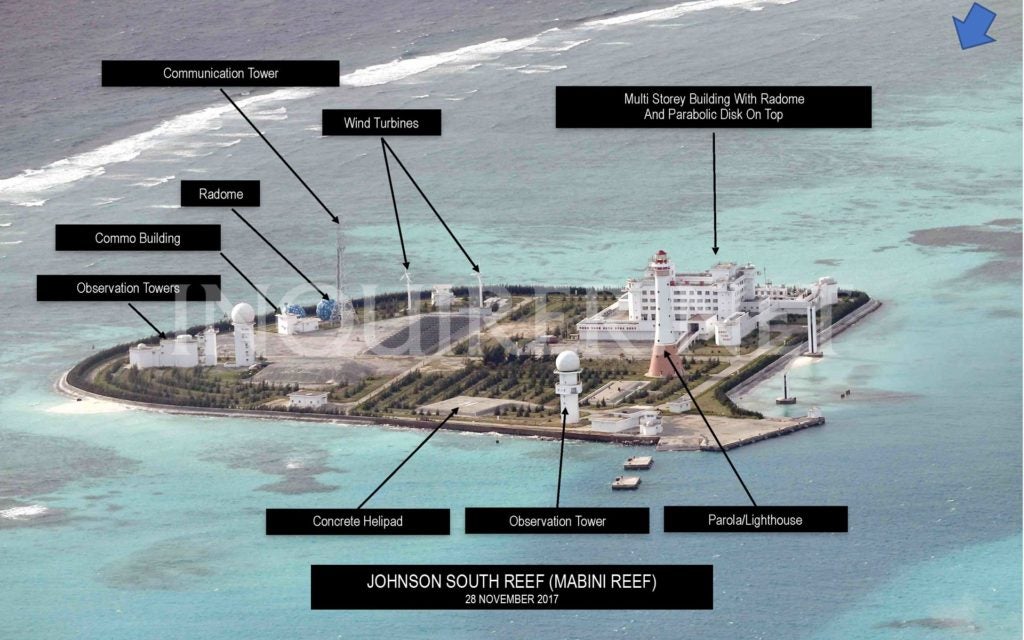 DAVAO CITY — The Duterte administration continued to draw flak on Tuesday for its defeatist stance on China’s militarization of the South China Sea, with Anakpawis Rep. Ariel Casilao describing Malacañang’s position as pessimism when it could do more than just accept it.

“Presidential spokesperson Harry Roque implied helplessness and instead resorted to passing the blame to the Aquino administration,” Casilao told the Inquirer, referring to Roque’s statement on Monday that China’s artificial island building in the South China Sea happened during the administration of former President Benigno Aquino III.

“If the Aquino administration was not able to do anything about these artificial islands, what [do] they want us to do?” Roque said, commenting on Monday on the Inquirer.net special report. “We cannot declare war.”

Casilao agreed that the Philippines could not go to war against China, but said the government could at least lodge a diplomatic protest with Beijing and condemn its militarization of the South China Sea.

“President Rodrigo Duterte should assert the country’s national sovereignty and territorial integrity against China through diplomatic protests and the issuance of a condemnation,” Casilao said.

“It is also mind-bending that the administration is backtracking when the ruling of the Permanent Court of Arbitration in 2016 has favored the country,” he added, referring to the Philippines’ victory over China in the arbitration of the territorial dispute between the two countries in the Hague court.

Instead of watching and doing nothing, Casilao said the Duterte administration should maximize use of the ruling to pressure China into backing off.

In the House of Representatives, Akbayan Rep. Tom Villarin said the Duterte administration had no business running the government if it could not assert the Philippines’ sovereign rights in the West Philippine Sea, waters within the country’s 370-kilometer exclusive economic zone in the South China Sea.

Magdalo Rep. Gary Alejano said: “You defeat the purpose of having you there in the government if in the first place you can do nothing.”

Alejano agreed that Manila could do little to stop Beijing’s militarization of the South China Sea but said “this does not mean you’re going to do nothing.”

“You better step down if you don’t know what to do,” Alejano said.

In the Senate, opposition Sen. Francis Pangilinan said the Duterte administration should “not just stand idly by” while China continued to militarize the South China Sea.

Instead, Pangilinan said, the administration should protest China’s violation of the Philippines’ sovereign rights.

He reminded the administration of its “sacred core duty” of protecting the country’s territory on behalf of its people.

“It disturbs every Filipino to hear the Malacañang spokesman relying on China’s mere words that it would not reclaim new islands, thus we can sleep soundly at night. It’s like telling Filipinos not to worry because while China constructed a building, it would stay only on the ground floor,” he added. —With reports from Jocelyn R. Uy and Vince F. Nonato