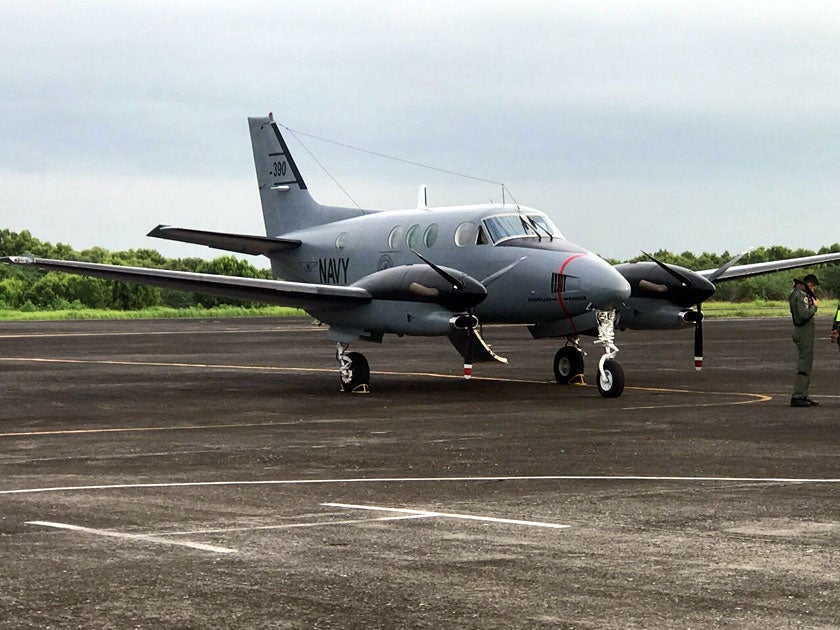 The Philippine Navy’s Beechcraft King Air TC-90, an aircraft donated by the Japanese government last year, made its maiden flight on Wednesday over Scarborough Shoal (Panatag Shoal) located in the West Philippine Sea.

The Navy’s maritime air patrol was conducted over the disputed shoal at about 800 feet above sea level past 9 a.m., the Northern Luzon Command (Nolcom)said in a statement.

“The Filipino pilots heard no challenge from the Chinese Coast Guard,” the Nolcom said.

“The deployment of TC-90 plane to monitor the area in the famous shoal, located in the West Philippine Sea, will be its first military mission given by Nolcom,” it added.

The Japanese government originally leased out five patrol planes to the Philippines. The first two arrived last March, while the three are expected early this year.

At the Association of Southeast Asian Nations Summit last November, it was agreed by both Japan and the Philippines that the five leased planes will be formally donated instead.

China recently protested the presence of a US warship spotted within 22 kilometers of the shoal, saying it would take “necessary measures” to protect its sovereignty.

The Philippines conducted a maritime air patrol over the shoal last week in the wake of the incident, using a C-295 plane from the Philippine Air Force.

The shoal is within the Philippines’ 200-nautical mile (370-km) exclusive economic zone in the South China Sea (or West Philippine Sea).

China has been asserting ownership of the shoal. But in 2016, the Permanent Court of Arbitration, which backed by the United Nations, ruled that the Philippines had the sovereign right to fish and explore for resources and that China had interfered with these rights by restricting access.

Despite the ruling, the Chinese Coast Guard ships continue to be present in the area, but they have allowed Filipino fishermen within the shoal. /jpv