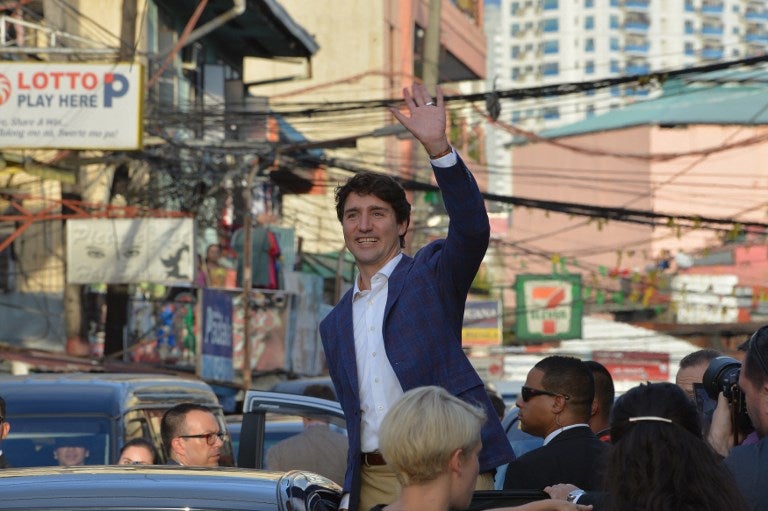 Environmental activists have yet again urged Canadian Prime Minister Justin Trudeau to take back the tons of garbage shipped by a Canadian company to the Philippines in 2013.

As they mark the 17th anniversary of the country’s Ecological Solid Waste Management Act, activists sent Trudeau a letter via email on Friday reminding him of his promise to take back the trash-filled container vans in Philippine ports as it continued to pose “health hazards” to people.

“As you can see, the garbage dumping scandal continues to rage and nothing could bridle the anger and frustration of Filipinos until the illegal trash shipments are finally shipped back to Canada for environmentally-sound disposal,” said Aileen Lucero, National Coordinator of the EcoWaste Coalition.

“We ask PM Trudeau to expedite the re-importation of their garbage, settle all necessary obligations and put the festering dumping scandal to rest,” she added.

The letter was signed by over 100 Filipinos attending a Zero Waste conference organized by the EcoWaste Coalition.

“We remain hopeful you will keep your promise and that environmental justice will at long last reign supreme,” the activists told Trudeau in their letter.

During the 31st Asean Summit in November, Trudeau assured President Rodrigo Duterte that Canada is working on a solution to the garbage dumping controversy.

At a press conference on the sidelines of the Summit, Trudeau stated that “it is now theoretically possible to take (the garbage) back,” adding that legal barriers and restrictions have already been dealt with.

Soon after Trudeau left Manila, the Subic Bay Metropolitan Authority on November 24 sounded off the urgency to remove the trash-filled containers from Subic port as the stench has become “unbearable” and posed “health hazards.”

On December 4, Senate President Aquilino Pimentel III himself proposed a legislative inquiry “to determine whether there are sufficient laws restricting the indiscriminate entry and dumping of solid waste and other forms of harmful trash into the Philippines,” citing “the monumental consequences of allowing Canadian garbage to remain in the country.”

One hundred three shipping containers of garbage described as scrap plastics for recycling were sent to the Philippines in 2013-2014 by private Canadian companies.

Sixty four percent of the shipments were “bailed municipal solid waste or garbage destined for immediate local disposal and cannot be recycled” as per waste analysis and characterization study in 2014 by the Department on Environment and Natural Resources (DENR).

Such garbage shipments, according to the DENR, “are strictly prohibited to be exported and are classified as Waste No. Y46 listed in Annex II of the Basel Convention on the Control of Transboundary Movement of Hazardous Wastes and Their Disposal.”

Importer Adelfa Eduardo and customs broker Sherjun Saldon were subsequently charged in court for violation of Republic Act 6969 (Toxic Substances and Hazardous and Nuclear Wastes Control Act of 1990) and tariff and customs laws.

In June 2016, Judge Tita Bughao-Alisuag of the Regional Trial Court of Manila (Branch 1) ordered the return of the 50 containers covered by Criminal Case No. 143-11191, emphasizing that the Philippines is not a “trash bin” and that the dumping incident “should not be made a precedent for other countries to follow.” The court order has yet to be complied with. /jpv