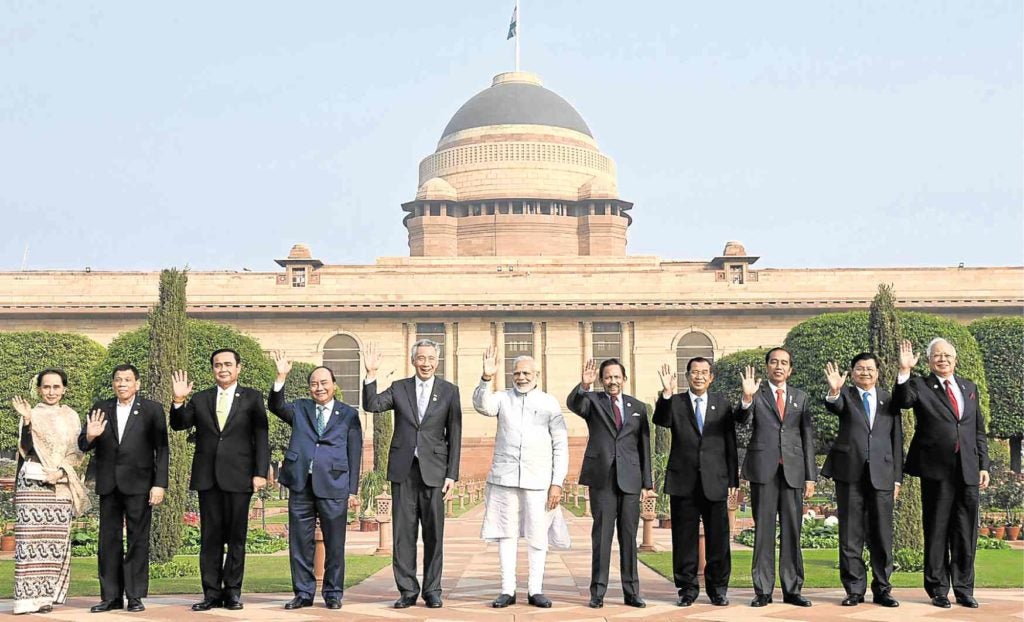 NEW DELHI—Philippine and Indian officials will meet in March to discuss cooperation in the pharmaceutical sector in hopes of giving Filipinos better access to affordable medicines and pave the way for the establishment of Indian drug factories in the Philippines.

President Duterte made a pitch to Indian Prime Minister Narendra Modi for expanded Indian investments in the Philippines when the two leaders met on Thursday ahead of the Asean-India Commemorative Summit, according to Preeti Saran, secretary of India’s Ministry of External Affairs.

“President Duterte expressed an interest and his desire for greater cooperation with India in the pharmaceutical sector and agreed that a joint working group meeting could be set up in March to finalize the details,” Saran said in a media briefing on Thursday.

In a separate briefing, Trade Secretary Ramon Lopez said the joint Indian-Filipino working group would pursue development of trade and investments in pharmaceuticals.

“That technical working group was given about two months to give a report on how we can really strengthen the partnership, the relationship between Philippines and India on pharmaceuticals,” he said.

Lopez said he had met with the Indian Pharmaceutical Export Council to talk about a possible collaboration prior to the President’s arrival in New Delhi on Wednesday night. “We basically wanted them to focus also on key medicines that will be needed especially by the poor,” he added.

These include medicines for hypertension, high cholesterol, bacterial growth and cancer, he said.

Mr. Duterte had expressed a number of times his wish for India’s giant pharmaceutical industry to begin or expand cooperation in the Philippines.

Before flying back to the Philippines on Friday, Mr. Duterte told Indian business leaders during a brief meeting to “avoid Mindanao” where he had imposed martial law.

“It’s a martial law that’s not really a martial law. It is a martial law for the enemies of the state,” he said. “But if you are just an ordinary guy there with a business, you can hardly even notice. There are no soldiers around, only policemen.”

Martial law was “something there in the south that is quite virulent” for “enemies of the state” like the Islamic State (IS) group and the Abu Sayyaf “who are fond of decapitating foreigners” and kidnapping, Mr. Duterte said.

He said his hometown of Davao City was “relatively safe.”

India had invited all Asean leaders to the 25th anniversary of Asean-India ties and to its Republic Day celebrations on Friday to mark the Jan. 26, 1950 anniversary of its national constitution taking effect.

The Asean leaders watched marching bands, floats, military hardware, camels and stunt performers on motorbikes from the president’s palace through the tree-lined roads of central Delhi.

Flags of the 10 countries comprising Asean fluttered at the 90-minute parade. The celebrations also included aerial displays and floats from Indian states.  —WITH A REPORT FROM AP