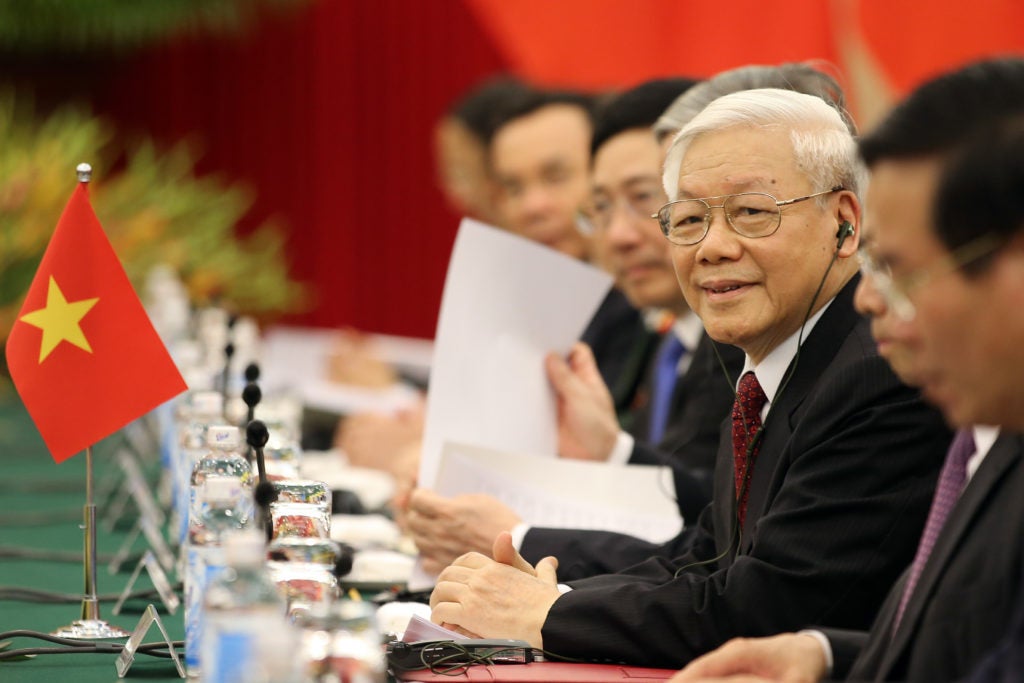 Vietnam always supports and wants Russia to play a greater role in the Asian-Pacific region, considering it an active element to peace and stability in the region and the world, said General Secretary of the Communist Party of Vietnam Nguyen Phu Trong.

The Party chief made the remark at a reception for visiting Russian Minister of Defence Sergey Shoyu in Hanoi yesterday.

“The Party, State, National Assembly, Government and people of Vietnam have greatly treasured the traditional friendship and efficient co-operation with Russia and have always attached importance to developing the comprehensive strategic partnership with the country, regarding it as one of top priorities in their foreign policy,” he stated.

He spoke highly of the results of the talks between Defence Ministers Ngo Xuan Lich and Sergey Shoyu, adding that “Vietnam sees Russia as a prioritised partner in co-operation in military technology based on high trust and not aiming to act against a third country, contributing to safeguarding peace, stability and sustainable development in Asia-Pacific and the world.”

Close and regular co-operation between the two defence ministries has helped ratchet up the comprehensive strategic partnership of the two countries, Trong said, expressing his belief that the outcomes gained during Minister Sergey Shoyu’s visit would contribute to reinforcing and deepening the partnership, especially in defence and military technology co-operation.

The Russian Minister said Russia always placed importance on reinforcing and developing the traditional friendship and comprehensive strategic partnership with Vietnam and would spare no effort to push the implementation of signed agreements, particularly in defence and military technology co-operation, to make practical changes in the bilateral ties.

The Russian Ministry of Defence would work closely with the Vietnamese Defence Ministry to promote the bilateral defence ties to grow in a long-term, practical, efficient and reliable manner, he said.