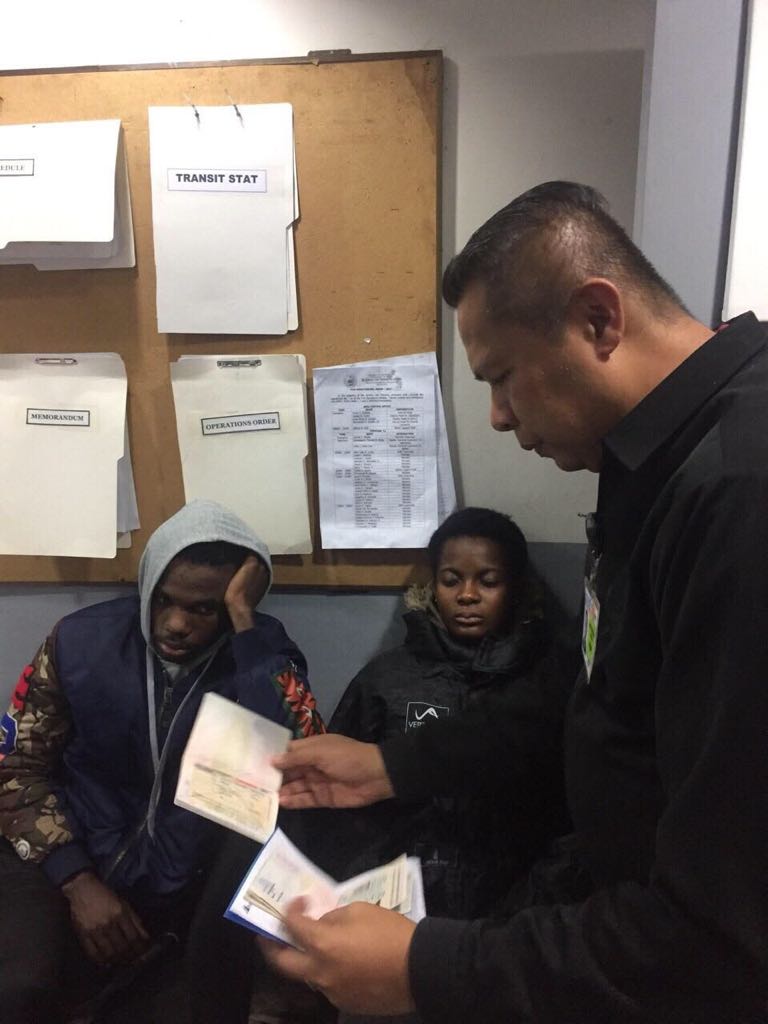 The Bureau of Immigration (BI) on Tuesday announced that it has managed to stop attempts of human smuggling syndicates from using the Philippines as jump-off point for them to travel to Europe and Canada.

In a report to Immigration Commissioner Jaime Morente, BI port operations division chief Marc Red Mariñas said they have intercepted foreign passengers including two Congolese nationals, a Pakistani and a Chinese. They are all detained at the BI’s detention facility in Taguig pending deportation proceedings.

Zeeshan was apprehended upon his arrival from Kuala Lumpur and after BI fraud examiners certified that the British passport he presented was bogus. He is scheduled to leave Manila for London on Jan. 26. Immigration officers also discovered that he has two Pakistani passports in his luggage.

Bo, on the other hand, was stopped from leaving for Toronto after he tried to leave by presenting a fake Mexican passport.

The Canadian embassy later certified that the Canadian visa sticker on the passport was counterfeit.

As for the two Africans, they attempted to leave for Vancouver but were offloaded after it was found that the Canadian visas on their passports were forged. /jpv