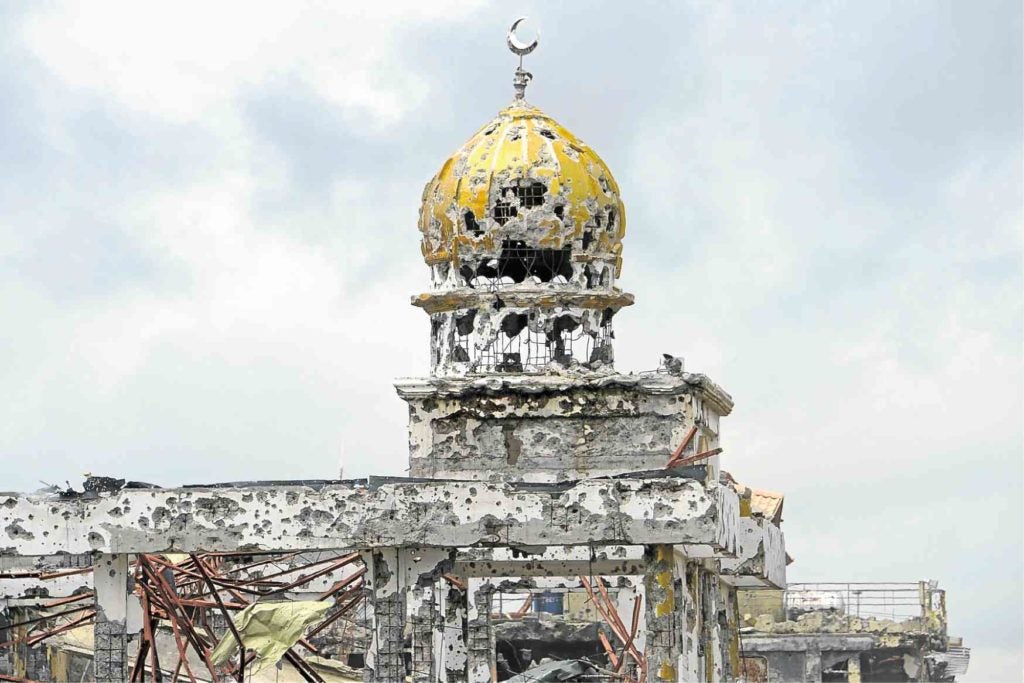 WAR-DAMAGED A bombed-out mosque stands in what was once the scene of intense fighting between government troops and Islamic State supporters in Marawi City. The military brought journalists to the area on Tuesday. —AFP FILE PHOTO

The United States government has pledged an additional $6.6 million, or P330 million, in cash to the Philippines to support the recovery and rehabilitation of war-torn Marawi City and its surrounding towns.

The US Embassy in Manila on Tuesday said the fund assistance, which was pooled through the US Agency for International Development (USAID), would provide opportunities for Marawi residents to enhance their job skills, to improve their livelihoods and stimulate the economy.

A pledge of $14.3 million was initially pooled by the US government in September as the violent clashes in Marawi were on-going.

The latest fund assistance has brought the total USAID contributions to recovery and rehabilitation of Marawi and surrounding areas to over $20.9 million, or P1 billion, the embassy said.

“This new funding will support some of the most vulnerable populations affected by the conflict,” US Ambassador Sung Kim said in a statement.

“The United States is deeply committed to supporting our friend and ally in long-term recovery efforts to ensure a brighter and more peaceful future for the people of Mindanao,” he said.

Kim said the US government, through USAID, has been a key partner of the Philippines in assisting the recovery, stabilization and rehabilitation efforts of Marawi City.

Among the efforts would include water and electricity access, school supplies, housing, medical supplies and services, skills training, psychosocial counseling, and anti-extremism efforts, the US diplomat said.

Rebels under the Maute group violently clashed with state troopers for five months in Marawi City in their bid to transform the region into an Islamic State province.

The city was liberated after President Rodrigo Duterte announced last October the end of the siege. /je