PH ranks 3rd among happiest countries in the world 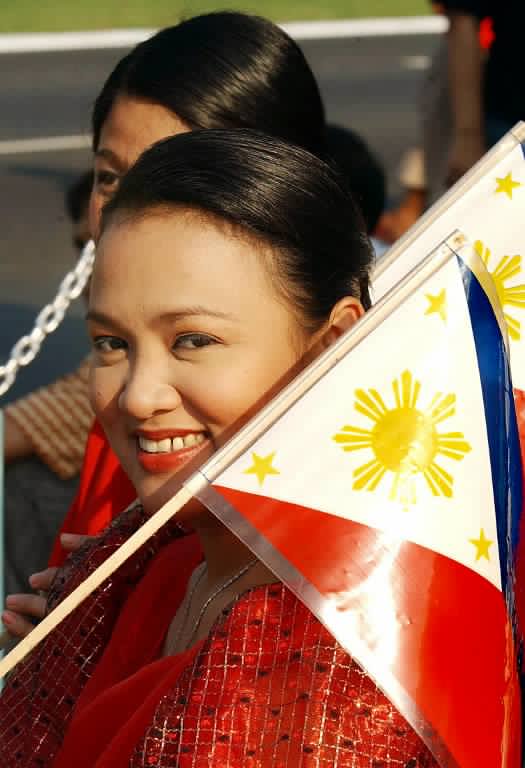 A Filipina smiles as she displays a Philippine flag during an event at the Luneta Grandstand. AFP file photo

Despite disasters, calamities and conflict, the Philippines ranked third among the happiest countries of the world, according to a global polling body.

In Gallup International’s 41st annual global year-end poll, the Philippines retained the third spot with a +84 net happiness score in the top 10 happiest countries of 2017.

The poll showed a five-point increase and for the Philippines, which recorded a +79 net happiness score in the year 2016. The country was also at third place in the previous survey.

The Philippines landed behind Colombia which placed second with a net happiness score of +87, and Fiji at first with a net score of +92, according to the poll.

Gallup, however, noted that the world became lonelier as only 59% of survey respondents said they were happy in 2017. The polling body said this was almost 10 points lower than the result in 2016.

“2017 was a tough year with terrorist attacks over almost each week and it may have influenced personal lives all around the world. Nevertheless, a majority in all polled countries are happy,” Gallup said on its website.

In addition, the Gallup global poll showed that Philippines was also among the countries who were hopeful for 2018 and at the same time believed that the new year would bring economic prosperity.

The country placed fifth with a net score of +32 among top ten countries who were optimistic the economy would be better in 2018.

For the poll’s Hope Index, Filipinos placed ninth with a net optimism score of +40 among the top 10 countries who believe the new year would be better than 2017.

Overall economic optimism and hope, however declined over the last months, Gallup said.

Moreover, only 40% of the surveyed global population felt that 2018 would be better than 2017, which was 13 points down compared to last year, the polling body said.

The survey was conducted from October to December in 2017 with 53,769 persons interviewed globally, according to Gallup.

In each country, a representative sample of around 1000 men and women was interviewed either face to face, via telephone, or online, Gallup said.

The margin of error for the survey is between +3-5% at 95% confidence level, the global polling body said. /jpv

RELATED STORY
PH is 20th happiest place in the world—report

Read Next
PH can get $100M from UN for underfunded or ‘forgotten’ emergencies
EDITORS' PICK
Quick chat with Nicole Andersson: ‘You really don’t need much to be happy’
Cash aid trickles down to cities meeting DSWD requirements
Quest for COVID-19 cure: PGH needs blood samples from recovered patients
Rights groups wary as NBI summons 17 for ‘fake news’
Mass testing on April 14; but who to test is unclear
Legislators, businessmen divided over lockdown extension
MOST READ
Angelica Panganiban on endorsing Duterte in 2016: ‘Patawarin niyo ko’
PACC to NBI: Probe Robredo for ‘competing with national govt’ in fight vs COVID-19
PACC’s COVID-19 motto? ‘Lahat ng tutulong, ikukulong’ — Lacson
5 Filipinos on Forbes Asia’s “30 Under 30” roster
Don't miss out on the latest news and information.