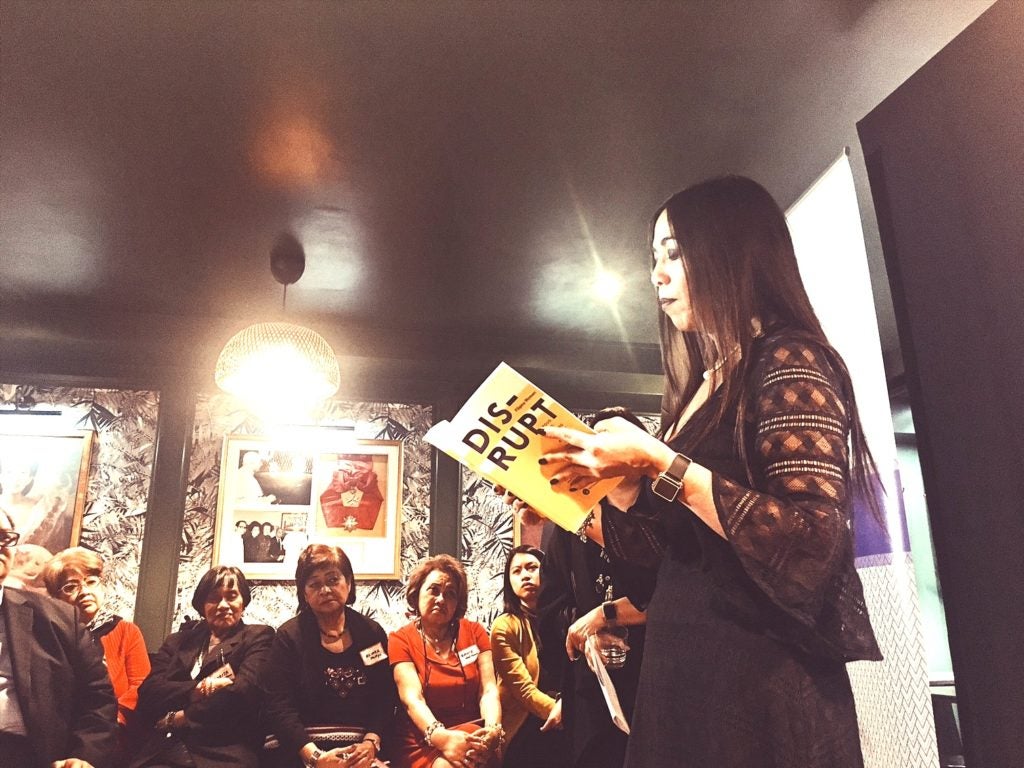 During the 2018 FWN Global Summit Launch mixer held on November 27 at Romulo Café the restaurateur was proclaimed as “The Face of Global Pinay Power.”

Members of the Filipino community and previous recipients of the FWN’s “Most Influential Filipina Women” award attended the meeting, including Norway-based Leonor Vintervoll and UK-based Councillor Cynthia Barker.

Consul General Senen Mangalile, of the Philippine Embassy in London, opened the evening with words of encouragement: “Tonight I am surrounded by empowered achievers. Women who are leaders in their own fields, and women who believe that empowering other women is a noble cause. That’s what I think FWN is all about.”

Leonor Vintervoll, a European community leader and advocate of Filipina rights, thanked the network: “I’m so grateful. I’m really glad for FWN. I’m inspired to continue these 25 years [working with them]. It’s an amazing organization where you feel validated to be an accomplished woman.”

She then personally thanked Marily Mondejar, founder of the FWN: “I really admire the efforts you have put in, Marily, because you have inspired women all over the world which is very rare.” 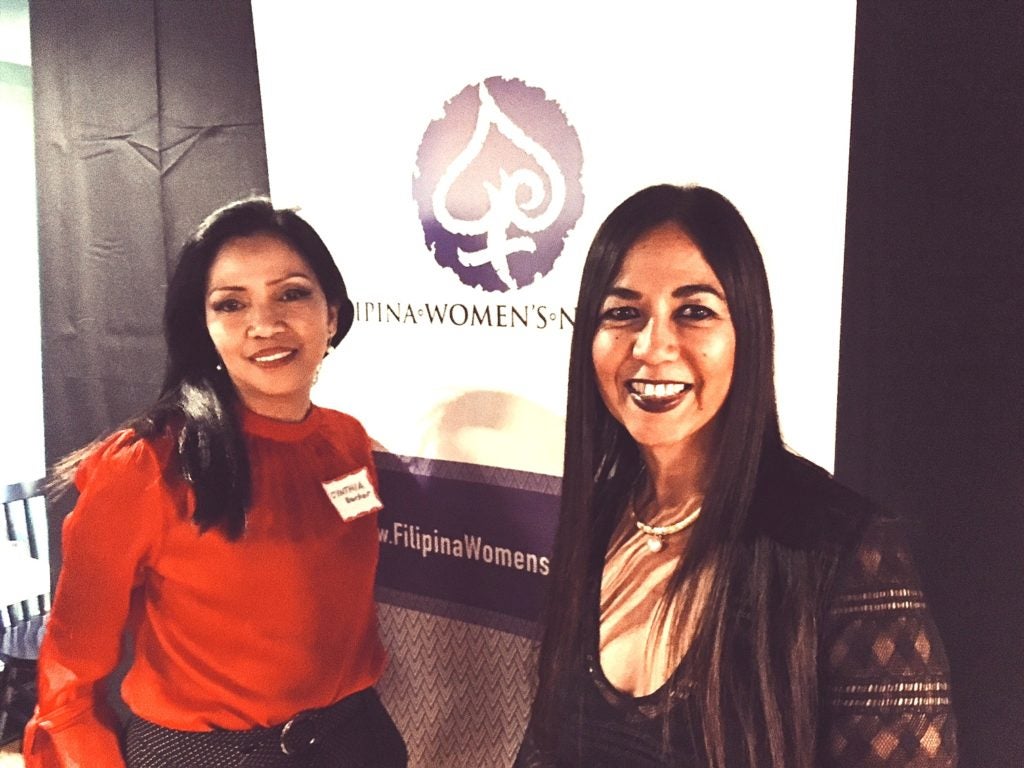 Mondejar acknowledged “courageous Filipino women disrupting London” and the world at large, and paid tribute to all the Filipino women who have overcome adversity and strife to reach a place of empowerment.

She bared the FWN’s goal of becoming more relevant to Filipino women in Europe.

Following a raffle draw and a reading from the FWN’s “Disrupt” book series, banners were unveiled revealing Romulo as the face of FWN’S campaign, Global Pinay Power.

Romulo said of the honor: “I had the opportunity to attend the summit in Toronto last October and I didn’t know what to expect. But I must say, it was an amazing experience. I met a lot of fantastic Filipino women from all over the world, from all walks of life. It’s something I will remember and hold dear in my heart for a very long time.”

She added: “I’m so proud and grateful for this opportunity, and for being chosen as the face of Pinay power. I hope I can live up to expectations and not disappoint.” [email protected]