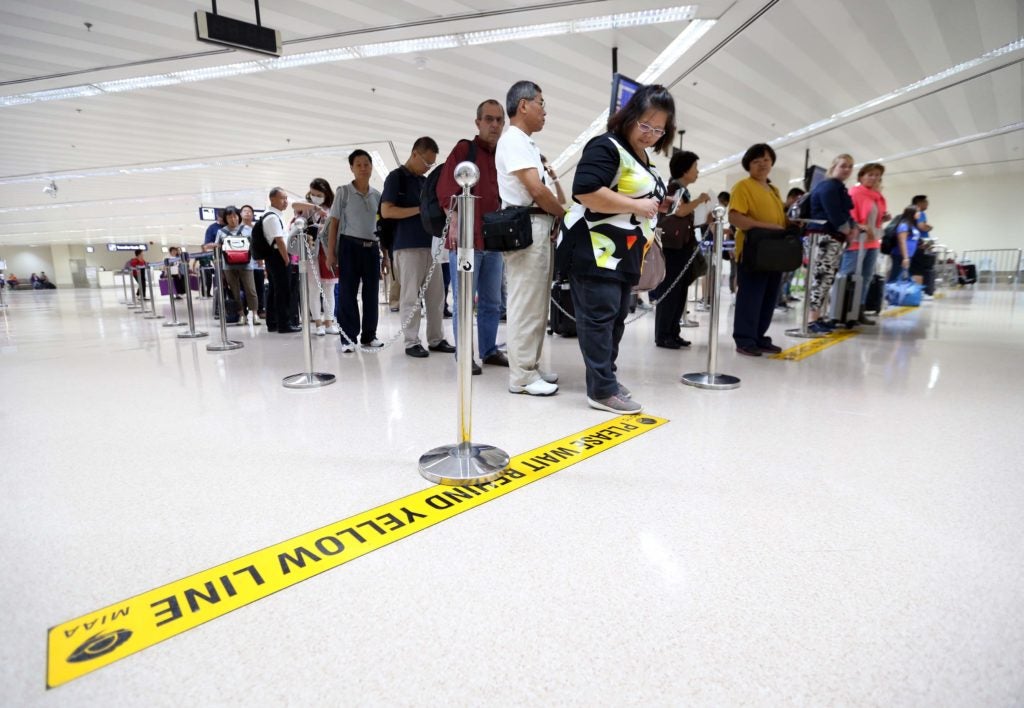 Passengers that just arrived in NAIA Terminal 1 line up behind the yellow lines of immigration counters. Immigration officers at NAIA have been told to avoid being absent from duty in anticipation of more passengers during the holiday season.INQUIRER PHOTO/LYN RILLON

Immigration Commissioner Jaime Morente said because of the shakeup all immigration officers assigned at the Naia were transferred from his or her currently assigned terminal to any one of the two other terminals at the airport.

The reshuffle aims to prevent fraternization and raise the productivity of employees as they will be deployed to a new working environment.

“No one was exempted from the personnel movement as the objective of the scheme is to prevent fraternization among our employees which has been pinpointed as a major source of corruption in the government,” Morente said.

BI port operations chief Marc Red Mariñas said that the 457 BI employees were given new assignments before the start of Christmas holiday to improve traveling service.

“We assure the traveling public that we have enough personnel to man out booths at the airport during the holidays,” Mariñas said.

Immigration officers working hours were also affected by the scheme as shift assignments were expected to change to either sunriser, midflight, and graveyard.

In 2015, Naia personnel faced several cases for involvement in the “tanim bala” or bullet planting scheme. Since then, Naia strengthened its security and the Duterte administration declared that the tanim-bala racket ended in July 2016.