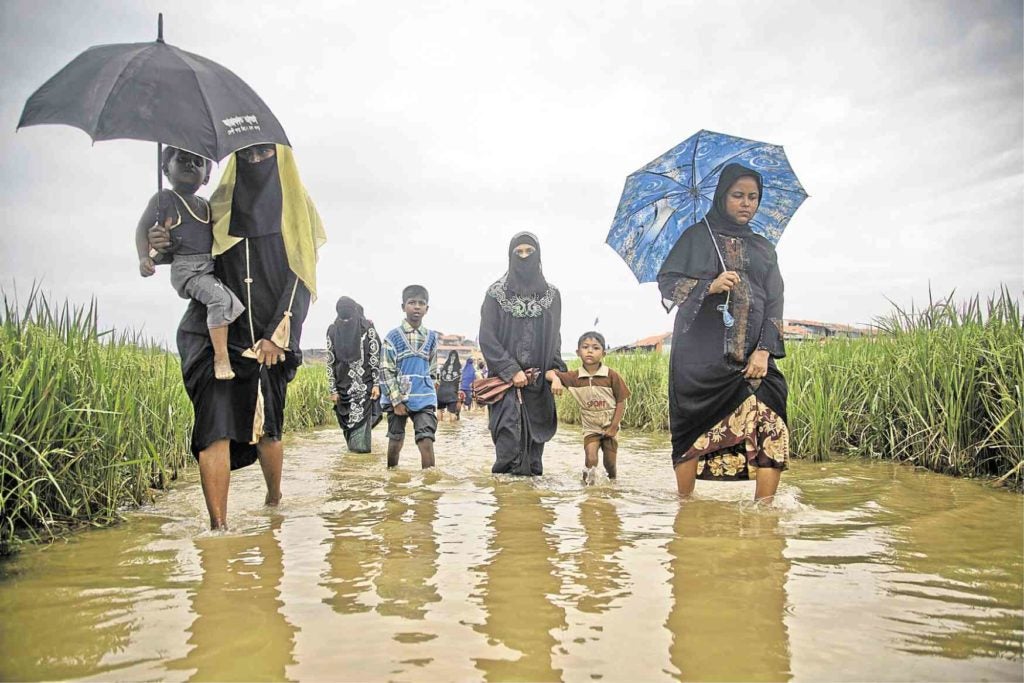 Malacañang on Saturday defended the Philippines’ vote against the United Nations (UN) draft resolution to help the persecuted Rohingya minority, saying that isolating and censuring Myanmar would worsen the problems that its people were facing.

The Philippines was one of 10 nations that opposed the draft resolution calling for the Rohingya’s full and unhindered access to humanitarian aid.  The resolution also called on Myanmar to grant full citizenship rights to members of this Muslim minority who have been pouring into nearby Bangladesh to escape the abuse and violence unleashed by the Myanmar military.

“The issue in the Rakhine State is a complex one,” presidential spokesperson Harry Roque said in a statement. “[W]e believe that isolation and censure would only add to the difficulty the people there are now facing.”

The Department of Foreign Affairs has not given any comment on the Philippine vote.

But Teddy Locsin Jr., the Philippine Ambassador to the United Nations, said the country should have abstained from the UN vote on the Rohingya resolution.

On his Twitter account, Locsin tweeted: “Should have abstained in deference to the Muslim and non-Muslim member-states of Asean (Association of Southeast Asian Nations). Like Singapore did. But they will learn how to cast principled votes when I am back in my post.”

Locsin said he would push for the Philippines’ abstention from the vote when the matter went to plenary.

“It is the right thing [to do]. But a ‘yes’ is divisive and will kill Asean. Sorry, but Asean does not correct Britain’s mistakes in Burma,” he said.

The Philippines’ deputy permanent representative to the UN office in New York is Irene Natividad.

Roque said the Philippines had expressed concern over the humanitarian situation in the Rakhine State and credited Myanmar for addressing the issues there.

“We are fully aware that [the conflict] has deep historical roots and we acknowledge Myanmar’s efforts toward resolving the issues faced in the Rakhine State,” Roque said.

The Palace official added that an Advisory Commission on Rakhine State led by former UN Secretary General Dr. Kofi Annan had been set up. A ministerial-level committee was also created to ensure that the recommendations of the commission would be implemented expeditiously, he added.

The leaders of Asean had been briefed on these efforts, Roque said, adding that the regional bloc would help Myanmar in implementing the recommendations of the commission.

Asean, which includes Myanmar, has been tepid in its response to the humanitarian crisis involving the Rohingya.

Its statement issued after a summit this month failed to mention this Muslim minority, nor did it condemn the Myanmar military for its abuses.