Two defectors tell the Inquirer how starvation and fear made them risk their lives crossing frozen rivers and forests to get out
By: Jodee A. Agoncillo - Reporter / @jagoncilloINQ
Philippine Daily Inquirer / 07:08 AM November 19, 2017 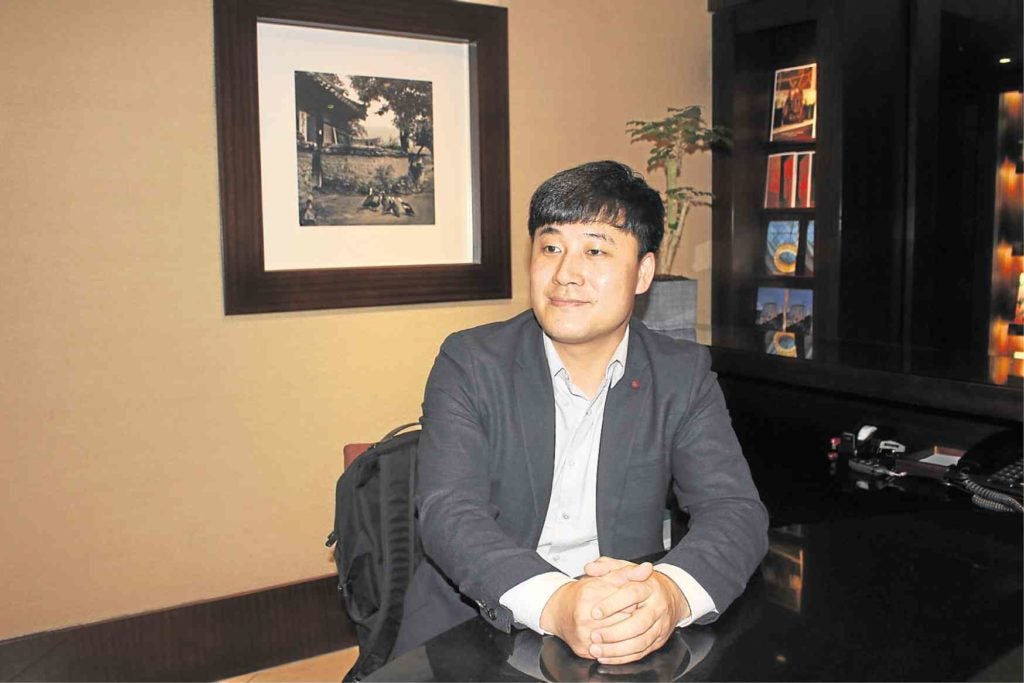 TWO WORLDS Kim, recalls life in both North and South Korea, which are divided by a narrow border known as the demilitarized zone, or DMZ (below). Photos by Jodee A. Agoncillo

SEOUL—Life at the demilitarized zone (DMZ or the 38th parallel) seems like a deadly chess game between North and South Korea. The DMZ is also seen as the final cold war frontier.

With North Korea’s recent launch of several missile tests and threats of more, tension remains high at this zone that the Inquirer visited some months back with other journalists.

But the sense of dread experienced by journalists at that border was nothing compared to what defectors from North Korea felt when they risked their lives to cross to the other side.

According to the Korean Institute for National Unification, some 30,000 North Koreans have defected since the division, with most of them now living in nearby China, Mongolia, South Korea, Laos and Vietnam.

In Manila, some defectors visited the University of the Philippines and Ateneo de Manila on Oct. 23 and 25, to ask help from their students in pressing international groups, like the Association of Southeast Asian Nations, to increase sanctions on North Korea to compel it to abandon its nuclear plans.

At the DMZ, one defector, Ji Su (not her real name), 31, recalled how she and her family left North Korea nine years ago after her family was caught watching “Matrix.”  Her mother was taken away, she recalled, and they planned their escape when she returned a few days later.

Paying $100 each to a man who helped them, the family crossed the Dumanggan port and fled through a forest. For a year, Ji Su’s family stayed with her mother’s friend in China. But life was harsh and at 13, Ji Su had to work  cleaning streets and painting walls.

From China, they managed to cross to South Korea with the help of the South Korean government. Others like them had to pay 3 to 4 million won (about P134,000 to P180,000), to cross China or Mongolia and get to South Korea.

“Matrix,” she said, opened her eyes. “It was the first time I heard the concept of choice.”

Su eventually settled in Chongjin, South Korea.  She’s now preparing for a language training and internship in the United States, and later plans to get a doctorate.

Like Su, Mark Kim, 33, will soon study in the United States. In the meantime, he has to endure the discrimination and lack of job opportunities faced by defectors like him.

In 1997, a week of starvation prompted Kim, his mother and older sister to escape North Korea. He was 12.

“We did not have political reasons to escape. [But] we were starving,” Kim said.

For 5,000 North Korean won—half a year’s worth of living expenses—the family managed to escape, thanks to an uncle who introduced his mother to a broker with connections to the military.

But crossing a river during winter was difficult for the boy.

“The water was very deep, it almost reached my neck. I did not know how to swim, but my mother pushed me across the river,” he recounted.

A Chinese Korean family they met eventually sold his mother to a Chinese guard.

“There are several ways to hide and survive in China, but one way is for a woman to get married to a Chinese guy,” he said, adding that his mother paid to be “married” to a Chinese Korean man.  But cultural differences made the three-year union shaky.  Later, the man reported the family to the authorities, which sent them back to North Korea in 2000.

In North Korea, Kim recalled being interrogated by police. “Have you met South Koreans? Did you go to church? Did you meet people from the United States?” they asked him repeatedly.  Acknowledging even one of these “sins” was a major crime in North Korea, Kim said.

Then two more men joined the police and started beating him up until he lost consciousness. He woke up in prison, where he subsisted on a diet of spoiled corn and salt.

“My heart became firmer because of that experience. I told myself, when I get out of jail, I will escape [North Korea] again,” he said.

Three months later, Kim was released, along with others similarly dying of starvation.  He managed to get to China where he survived by pretending to be Chinese.

After seven years in China, he finally got to South Korea in 2004, to join some 7,000 North Korean refugees who were there at that time, he said.

But finding work in South Korea was difficult, said Kim,  whose job application was rejected 15 times. The hardest question to answer, he said, was where he came from.

“Many people think North Koreans can’t [contribute] much to the company,” he said.  There’s also a big education gap between the two Koreas, he added, as North Koreans were taught to just remember and memorize, instead of learning to analyze.

Having witnessed the 2012 US election campaign, Kim said the idea of democracy had inspired him to wish it on North Korea. “We saw how powerful the [right to vote] is in changing [the course of] politics,” he said.

“I am taking my doctorate to be an expert in international relations,” he added.  “I want to be an expert to contribute to the process of reunification, which is very crucial in my lifetime.”